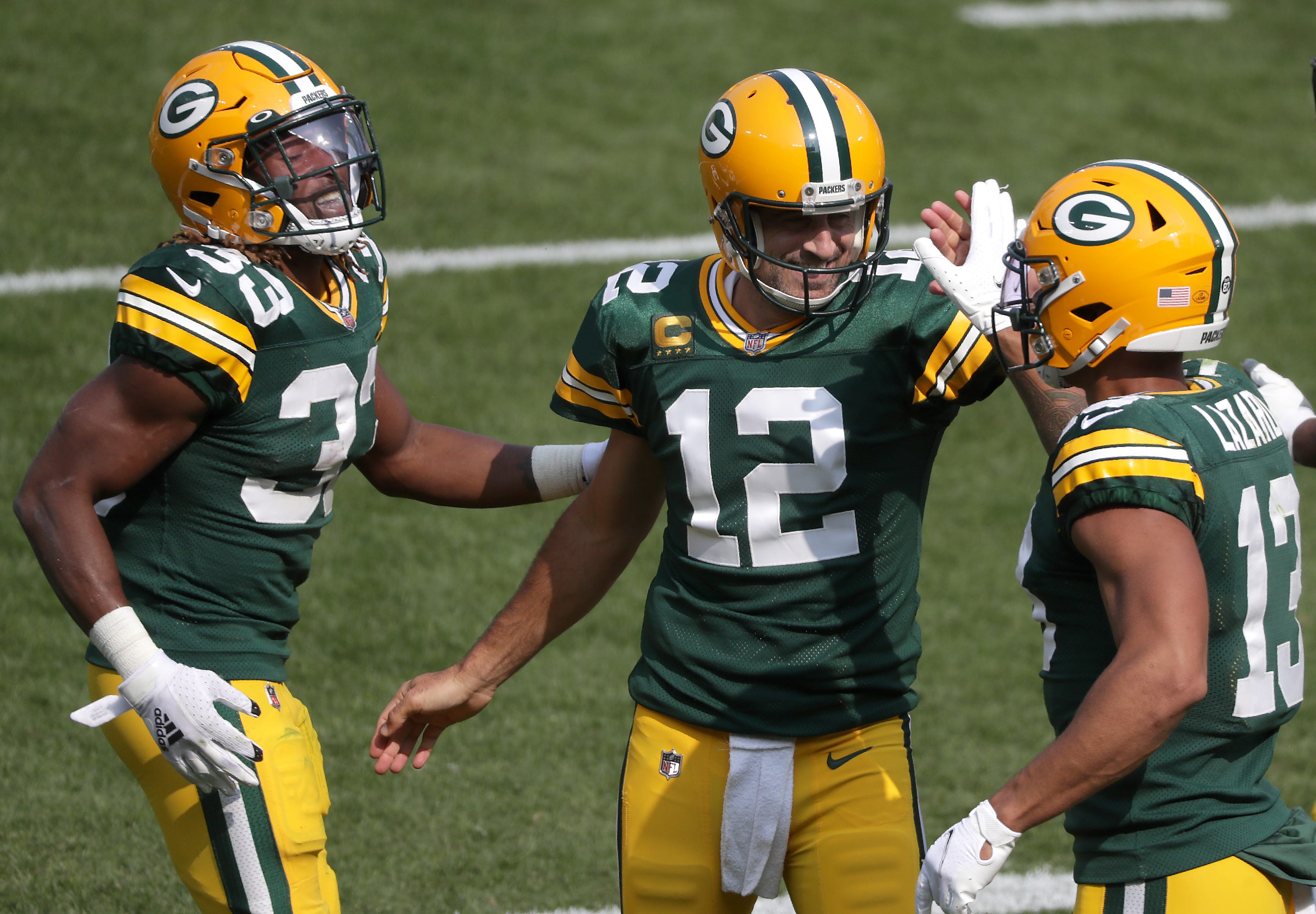 The Green Bay Packers travel to Jacksonville for a rare neutral site game as they face the New Orleans Saints in the 2021 season opener. The Packers are coming off a 13-3 season and a second straight trip to the NFC Championship Game. The Saints were 12-4 last season and lost in the Divisional Playoffs.

Green Bay leads the all-time series between these two teams 17-9-0 including a 37-30 win in New Orleans last September.

This will be the first game the Saints are playing since the retirement of Drew Brees. Here is a look at six key factors that will determine who wins on Sunday afternoon in Jacksonville:

Kamara is an all-purpose threat and with top receiver Michael Thomas out of the lineup for the Saints, he is the top receiving target for the Saints in addition to being their leading rusher. Kamara really hurt the Packers last season, gaining nearly 200 total yards and scoring twice including a 52-yard, highlight reel score that exposed the Packers defense’s issue with tackling.

The Packers have struggled to cover athletic running backs running pass patterns out of the backfield in recent years. They need to make sure Kamara doesn’t beat them consistently enough to keep the New Orleans offense on the field by picking up first downs on quick passes.

Will new defensive coordinator Joe Barry try to cover Kamara with a safety or will free agent linebacker De’Vondre Campbell get the assignment? We may see a mix of coverages to try to confuse quarterback Jameis Winston.

The Packers offensive line is the biggest concern on offense entering the season. Left tackle David Bakhtiari is starting the season on the PUP list and will miss at least the first six games. Pro Bowl guard Elgton Jenkins is now shifting to left tackle with Lucas Patrick shifting from right guard to the left side.

The Packers also have rookies starting at center in Josh Myers and at right guard in Royce Newman. Billy Turner returns at right tackle.

The Saints have some quality pass rushers on defense led by Cameron Jordan who will primarily line up against Turner.

If the revamped offensive line can give Rodgers time to throw, the Packers passing game should be able to find success against the Saints cornerbacks. If the Saints get pressure on Rodgers, the game could take a very different turn.

The Packers wide receiver group is more talented and deeper than it has been in recent years. Davante Adams is coming off the best season in his career and may be the best receiver in football right now. He also has a lot of incentive to play well this year as his contract expires after the 2021 campaign.

It is not clear if the Saints will have Marshon Lattimore available against the Packers. The Saints corners are not deep even with Lattimore in the lineup and if Lattimore does play and lines up against Adams, look for Rodgers to find secondary targets like Allen Lazard, Marquez Valdes-Scantling and Randall Cobb.

MVS should had a strong training camp and if that carries over to the regular season, he could have a very big day against the second and third corners of the Saints. Look for Valdes-Scantling to have at least one long completion in this game.

The Packers running game is formidable on paper with Pro Bowler Aaron Jones and second-year man A.J. Dillon providing the team with a thunder-and-lightning combination.

New Orleans has a good running defense but they should be vulnerable to runs up the middle. That means Dillon should get plenty of work and Jones could break a long one if he runs effectively between the tackles.

The Packers should not abandon the running game even if the Saints match the offense initially point for point.

If the Packers run the ball, it will make Rodgers’ attempts to throw even easier as the Saints defense will be kept off balance.

Winston takes over for future Hall of Famer Drew Brees. The former Bucs starter is a very capable passer but he tends to turn the ball over. Winston’s last season as a starter illustrates that point. Winston led the league with 5,109 yards passing and threw 33 touchdowns but he also led the league with 30 interceptions.

The Saints offense is much more conservative than the one Winston ran in Tampa Bay, but if the Packers can get some pressure on Winston and force him out of his rhythm, the Packers could force him into mistakes that cause turnovers.

Za’Darius Smith returned to practice earlier this week but his status for the game remains uncertain. The Packers can still rely on Preston Smith and Rashan Gary to put some pressure on the passer along with Kingsley Keke and Kenny Clark up front. If Za’Darius can play that will add another weapon to the defense. Barry will likely find a way to get all three of his edge rushers on the field at the same time in obvious passing downs.

The Saints have a solid offensive line so this matchup will be a critical one in this game.

The Packers have struggled on special teams for a few years now and it has cost them in several games. This year, they hired Maurice Drayton as their new special teams coordinator. The Pack will also have a new punt returner in Amari Rodgers and a new kick returner in Kylin Hill. Punter J.K. Scott was released and the team traded for Corey Bojorquez from the Los Angeles Rams.

The Packers need to show improvement on special teams. In addition to the punting and the return game, the team needs to cover kick and punt returns better than they have in recent years. The Saints will be the first test for this new unit.

Moving this game to Jacksonville should only help the Packers. The game will be played outdoors on natural grass instead of artificial turf and the noise of the Superdome crowd will be replaced by a stadium with more Packers fans in attendance than Saints fans.

Green Bay is also the deeper and better team although they should never underestimate the Saints who remain a good team.

Expect the Packers offense to score early and often but the Saints will put some points on the board, too. It won’t always be pretty, but the Packers will get the job done and start the season with a win unless they lose the turnover battle by a big margin.