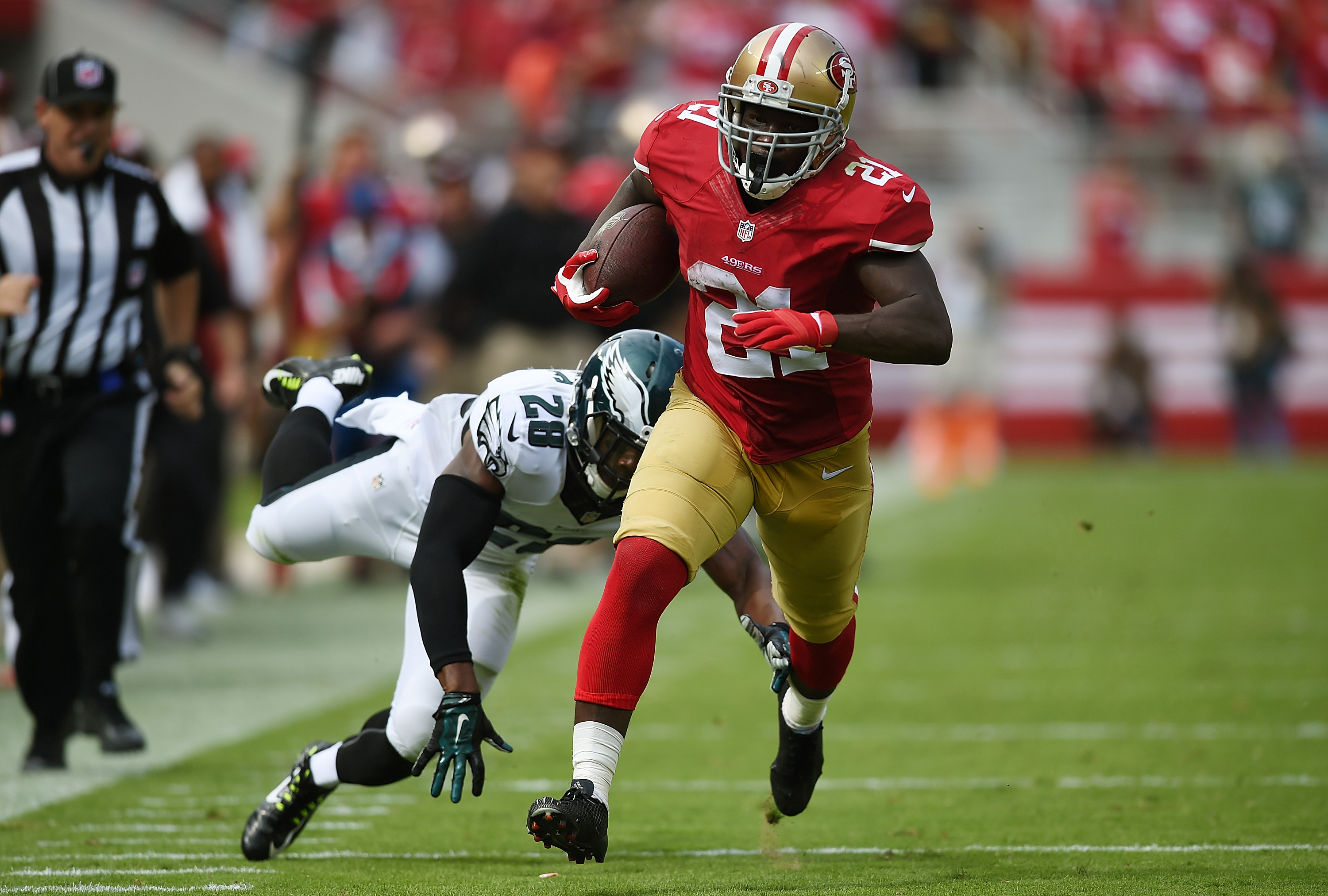 According to “Niner Noise” columnist Peter Panacy, winning back-to-back games on the road is never an easy task, even for the best of teams, and there are reasons to be concerned about his Niners, both in light of Jason Verret’s injury and their late fourth-quarter near collapse against Detroit last Sunday.

“It wasn’t always pretty, but the San Francisco 49ers managed to stave off a disaster in Week 1 and held onto a late surge by the Detroit Lions en route to pulling off a 41-33 victory to kick off the 2021 regular-season campaign.

“The win hurt, though, especially with the realization the Niners lost cornerback Jason Verrett to what’s appearing to be a season-ending ACL tear.

“And while that highlighted the major concerns head coach Kyle Shanahan may face in coming weeks, the next task will be to face off on the road again, this time against the 1-0 Philadelphia Eagles, who just routed the Atlanta Falcons 32-6.”

According to the oddsmakers at WynnBET, San Francisco enters this Week 2 bout as a 3.5-point favorite over Philly despite being on the road again.  The 49ers’ moneyline is -190, while the Eagles are the underdog for this contest at +160.  The over/under is currently set at 50.0.

San Francisco thrives off of its wide-zone running game and if the ground game gets cranked up, the play-action passing game is devastating with tight end George Kittle and wide receiver Deebo Samuel leading the way. Eagles defensive coordinator Jonathan Gannon has some messages for his players in the week ahead knowing that the 49ers will present a lot of pre-snap looks designed to take defenders’ eyes off what is truly important.

“The reasoning behind what they do – all the motions, adjustments, all these people moving around, looks are different – is to get your eyes in the wrong spot, then they take advantage of that,” he said. “We have to be in a phone booth of what we’re looking at because this is my guy that is going to tell me what I have to do. From there you have to practice it the right way and keep reiterating to our guys shrink your world and lens. You don’t have to see everything. You don’t have to see the big picture. Some guys do, but not a lot of them. If you’re a guy that just needs to look right here, look right here. Don’t worry about where 44 (49ers fullback Kyle Juszczyk) is going, what the quarterback is doing, don’t worry about Deebo running across the formation. You just look at this guy right there. That’s how you’re going to win your individual matchup.

“I think a lot of it’s just shrinking it down for our guys, ‘This is where you put your eyes, this is how you play.’ From there it’s football. There’s no call that we’re going to call that’s the perfect magic call versus Kyle Shanahan. It’s our guys executing at a high level, destroying blocks, tackling, covering. That’s what the game comes down to.”

The Eagles are also preparing for the 49ers to potentially use two quarterbacks – starter Jimmy Garoppolo and rookie No. 1 draft pick Trey Lance, who saw action on four snaps in Sunday’s win over Detroit. He threw a touchdown pass on one of his reps.

“Yeah, the challenges with San Francisco, we’ve got to be ready for everything. They present a lot of different challenges,” Gannon said. “They obviously have two quarterbacks that can possibly play, that have been playing.

“I think the greatest challenge of playing them is this is a very well-coached, physical football team. We’re going to have to match that intensity. They do a really good job of blocking. They do a really good job of running with the ball in their hands, creating RAC (run after the catch) after contact from everybody, from all the backs that touch the ball to the tight ends, to the receivers. They catch and run with the ball extremely well. We just got to have a good plan with what we’re doing with everything that they could throw at us. I would go probably playing New Orleans a couple years ago right when they kind of started with the Hill (Saints QB Taysom Hill) kid, you had to have a different plan for that. That’s the first one off the top of my head that you go back to.

“There are teams that by which tailback is in the game, you have a different thought process. Which receivers are aligned where, there’s a different process to how you want to play. We’ve got to have a plan for everything and execute at a high level to give us a chance to win on Sunday.”

“Obviously, Bosa is a very explosive player. I was with his brother (Joey) for a while (with the Chargers), so I’ve seen the Bosa up front and personal. I know his brother is a really good football player. He’s explosive off the line of scrimmage. He plays the run well,” Steichen said. “And then inside, Warner, he can fly around. He can cover, right? He can cover, he makes tackles, he can do it all. Two really good football players that we have to know where they’re at on the field Sunday at all times.”

There are some key injuries to watch for the 49ers:

• LB Dre Greenlaw (groin) – Greenlaw scored on a pick-six vs. the Lions.

• DT Javon Kinlaw (knee) – Missed the season opener as he was a game-time decision.

• CB Emmanuel Moseley (knee) – Depth at cornerback is critical after the season-ending loss of Jason Verrett.