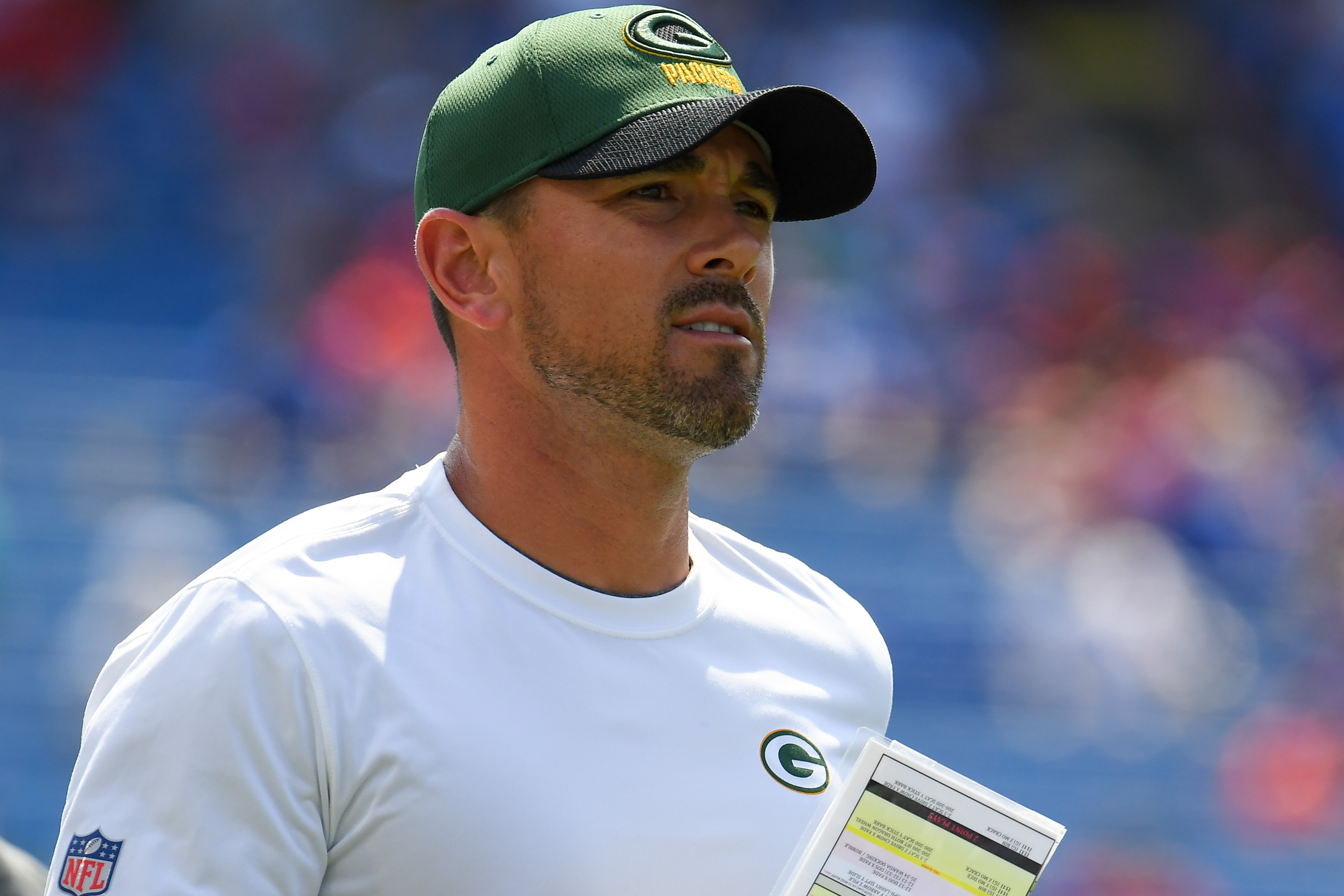 Matt LaFleur has been very successful since taking over as head coach of the Green Bay Packers in 2019. He put together back-to-back 13-3 seasons and now has an impressive 26-7 regular-season record as head coach of the Packers. Green Bay was the second seed in the NFC in 2019 and the first seed in 2020 and they have made consecutive appearances in the NFC Championship Game.

But one issue that has popped up too often since LaFleur became the Packers coach is the team’s tendency to not only lose important road games but to be beaten soundly after not being mentally prepared for the game.

The pattern started in LaFleur’s first season as Packers coach. In Week 9, the Packers were coming off a road win in Kansas City and had a 7-1 record. They headed out to Los Angeles to face a struggling Chargers team in a stadium filled with more Packers fans than people rooting for the home team. Instead, the Pack fell flat and lost to the Chargers 26-11 in a game that wasn’t as close as the score.

After the game, LaFleur told reporters, “We talked about it all week. This game was going to take laser focus. When you’re sitting at 7-1, playing a team that is 3-5, I don’t care. That was a good football team,” LaFleur said.  “That’s what I told the guys. I don’t think I did a good enough job preparing our players for what type of team they were about to play. You’re looking at a team that was a 12-win team that lost every game by one possession or less. That was a good football team. They brought their ‘A’ game, we didn’t. That’s the bottom line. We have to learn from that and move forward, and that’s exactly what we’re going to do.”

The following week, the Packers edged the Panthers and then had their bye week. They had an extra week to prepare for a big road game against the 49ers in the Bay Area, which was a nationally televised, Sunday night contest. Again, the Packers not only lost, but they were embarrassed and didn’t look ready to play. The 49ers won the game 37-8 and the Packers played a terrible game and were outcoached as well.

After the game, LaFleur said, “I’ve got confidence in these guys that they’re going to. Everybody was hurting in that locker room. Everybody was disappointed. And I think these guys will battle. What I love about our group is I didn’t feel like there was anybody pointing fingers. We’ve all got to look inward — coaches, players, everybody involved — and look at ourselves and be honest with ourselves about what we can do better. We’ve shown we can do a lot better than this. You’ve got to give the Niners a lot of credit — that’s a good football team — but we know we didn’t play to the level of our expectations.”

The Packers made a third trip to California that year, this time for the NFC Championship Game. With a trip to the Super Bowl on the line, the Packers again came out completely flat and were dominated in all facets of the game. The 49ers ran right over the Packers as Green Bay allowed 285 yards rushing in a humiliating 37-20 defeat. The Packers trailed 34-7 after three quarters before a late rally made the final score a bit more respectable.

The pattern continued in 2020 where the Pack again finished 13-3. Their first loss came in a road trip to Tampa Bay. Green Bay had an early 10-0 lead before two interceptions by Rodgers turned the tide and the Bucs scored the final 38 points to crush the visiting Packers 38-10.

Again, the Packers didn’t appear ready to play and the team’s coaching staff were unable to make the necessary adjustments in-game to turn the tide.

“Nothing seemed to be working. Nothing was working, outside of those first two drives,” LaFleur said after the game. “It was definitely a frustrating deal when they continued to bring pressure and you don’t have good answers for it and you can’t beat it. So, we’ll take a good hard look at the film and try to learn as much as we can from it. Our practice this week was not up to our standard that these guys have developed over the last year and a half. That’s what happened today: You practice like crap and then you go out and play like crap.”

The 2021 season opener was another situation where the Packers didn’t seem ready to play. The game was at a neutral site because of the damage done by Hurricane Ida. Instead of playing indoors in the loud Superdome in front of mostly Saints fans, the game was played outdoors on grass in front of mostly Packers fans.

The Packers didn’t appear to be ready to play. The team showed no enthusiasm and again, when the initial game plan wasn’t working, LaFleur was unable to adjust in game and effectively go to plan B.

This is a Packers team that has seven captains and that has so much leadership that more than 20 players got votes last week when the team selected their 2021 captains. Unfortunately, that leadership did not appear to be showing during the 38-3 drubbing against the Saints.

After the game, LaFleur told reporters, “Give the Saints all the credit in the world. They came ready to play, absolutely embarrassed us. You can’t do that against a well-coached and quality football team. Our guys are going to have to take a long look in the mirror. It starts with myself. They came out with more intensity than us. They were the hungrier team and that’s disappointing.”

This pattern of traveling to Florida or California and not just losing but playing a horrible and non-competitive game in a big situation needs to be reversed. LaFleur has proven himself to be a great coach over his first two seasons and he still has the potential to get better. But part of a coach’s job is to keep his team from getting too high when they are playing well or expected to play well and keep them from getting too low when they are struggling.

The Packers played in Week 1 like they expected to just show up and win. They appeared ill prepared physically and emotionally. These kinds of poor performances cannot continue to be a pattern for the Packers if they hope to get over the hump and win another title.