Hello Edmonton Oilers fans, my name is Michael Pagani and I’m very excited to be joining the team at The Sports Daily to cover the Edmonton Oilers this season. Just a quick note about me, I am doing my schooling at Carleton University in the Communications and Media Studies program as I hope to get into sports journalism in the future. Currently, I have a sports podcast called the “Pagcast” where I have interviewed many sports journalists, broadcasters as well as athletes ranging from hockey to baseball to football.

Some questions that I have been asked to answer are as follows: 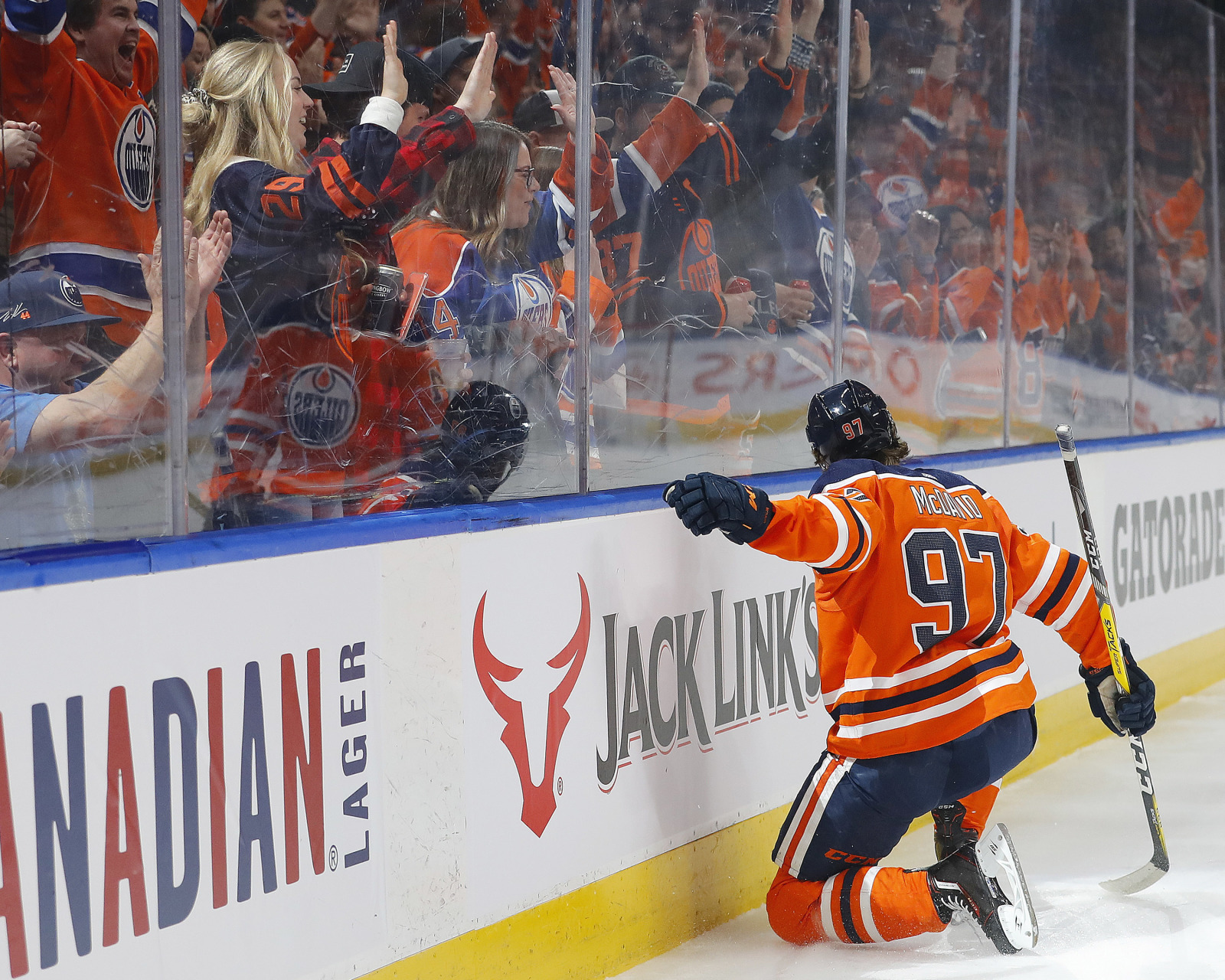 My favourite Oiler memory has to be when Connor McDavid was drafted because this signalled a new core coming to Edmonton. A generational talent that the front office could build around. For years prior, the Oilers core that they had couldn’t get the job done. Currently, the Oilers only had that deep playoff run back in (2016-17) to show for. You can not waste prime years for the face of the franchise. Something must get done and we better see a Stanley Cup parade soon.

2. Player that I feel will have a breakout season 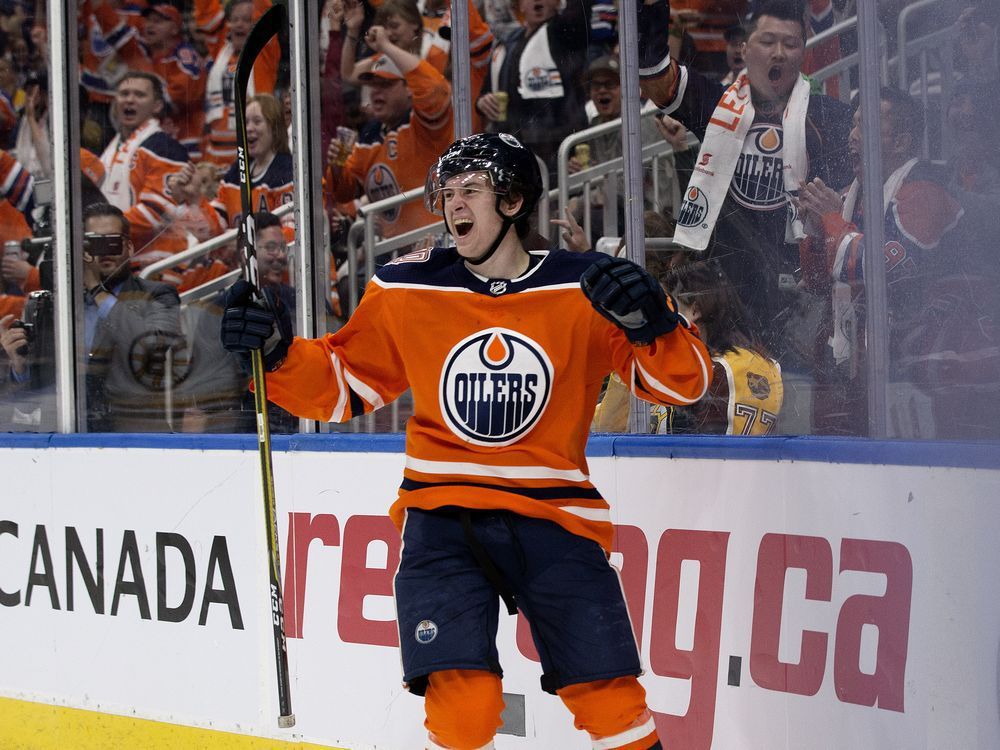 The player that I feel will have a breakout season for the Oilers is going to be Kailer Yamamoto. Fresh off signing a 1-year 1.175M contract, he is looking to prove to the Oilers that he can now break into a player that can keep a top 6 role especially on the right side where he will definitely get the chance to play alongside of McDavid and underneath Yamamoto, you have Jesse Puljujarvi, Zack Kassian and Josh Archibald. It would take something pretty big for Yamamoto to not earn a spot on a line with McDavid this season.

3. What position do I see Flex the Dog playing? 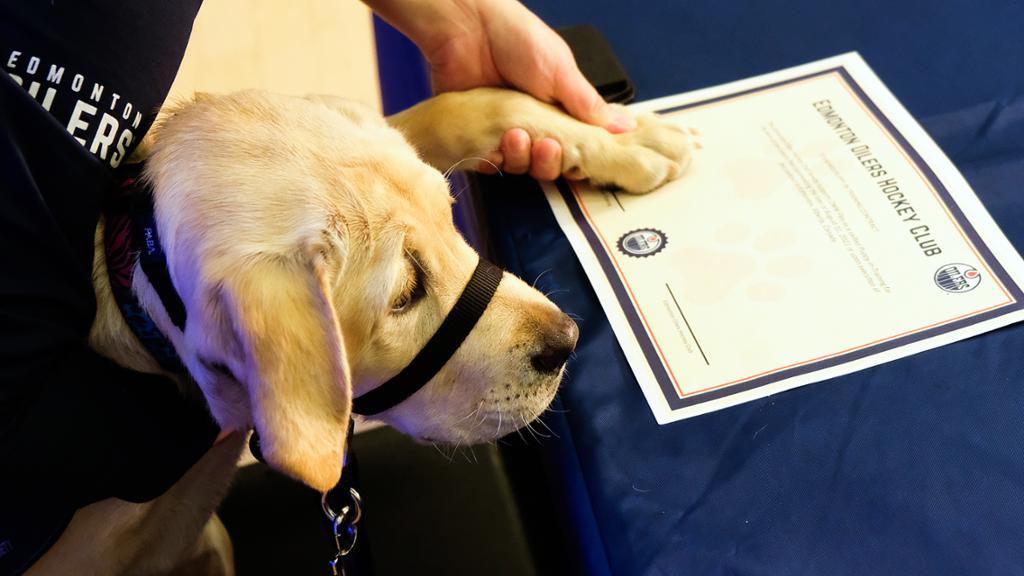 The position I see Flex playing this year can be equipment manager. As stated in a previous article done by Paul Gazzola, it states “She rarely barks, is capable of grabbing items without damaging them – a useful skills for clients with mobility issues.” Clearly, Flex satisfies the requirements for the equipment manager job.

4. Can this Oilers team win a playoff series?

It’s pretty crazy for a team to boast 2 players that have the capabilities of scoring 100+ points in a season and lose a playoff series. With the offseason additions on the defence core of Duncan Keith, Cody Ceci as well as re-signing Tyson Barrie. On the offence they added Zach Hyman, Warren Foegele, re-signed Ryan Nugent-Hopkins and if the Oilers want to win a playoff series which they have failed to do so in the 2 previous runs, they need to score more. The Oilers especially should’ve won against the Winnipeg Jets who had a bottom 10 defensive core. If McDavid wants to be the McDavid of the regular season, then he needs to find more ways to score. 4 points in 4 games is not good enough. It’s going to be a struggle for the Oilers to win a playoff series when they did not get better on defence and as we know, defence is a priority in the playoffs. 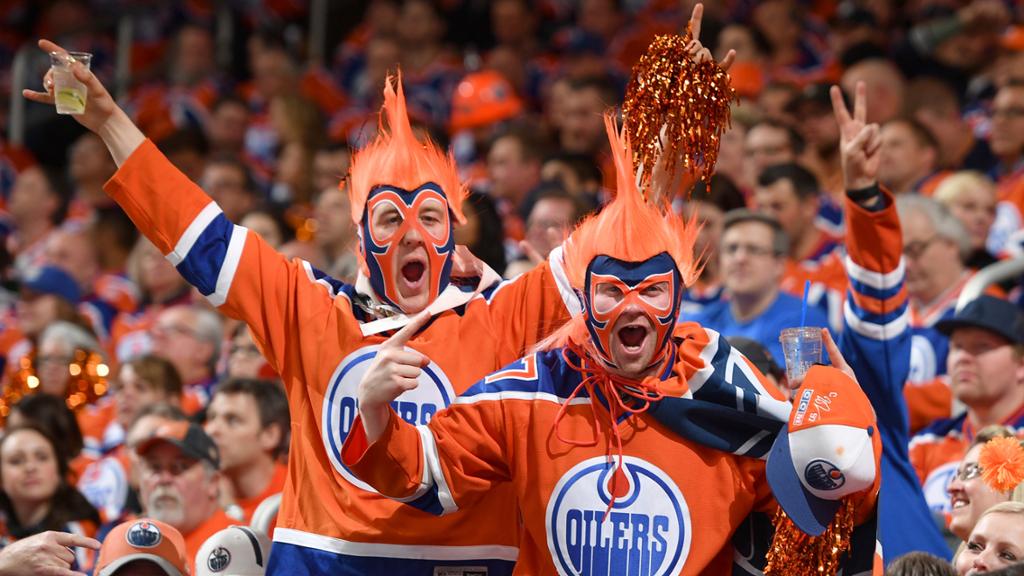 5. Should Tippett re grow his mustache this year? 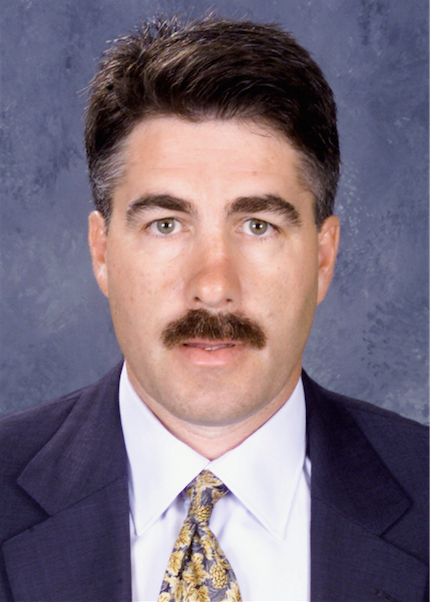 Only for Movember. I think Dave Tippett looks perfectly fine by shaving his mustache but if he wants to re grow it for a good cause in November like many players do then that would be great!