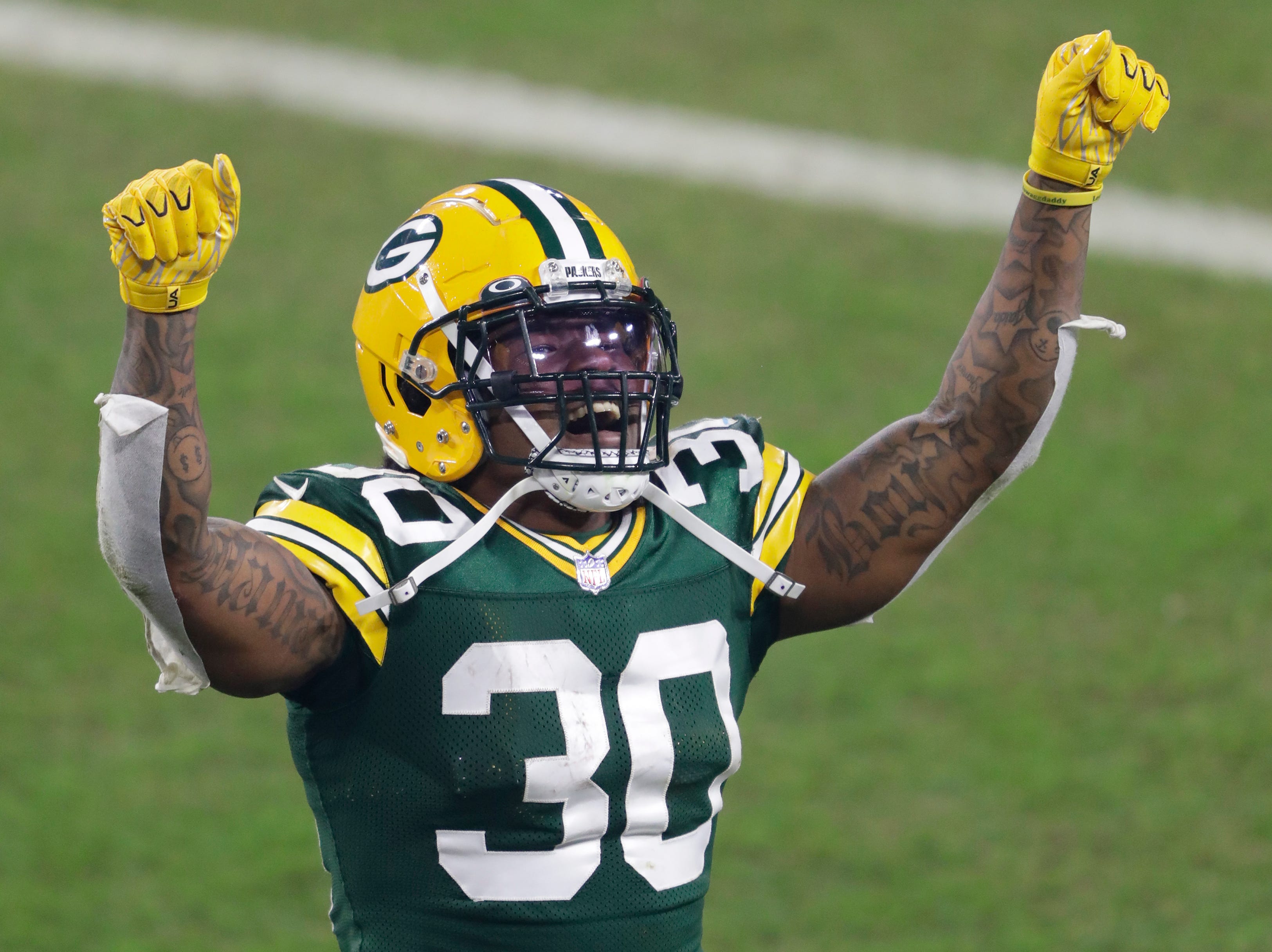 The Green Bay Packers are set to welcome back an old friend when they take on the Detroit Lions in the home opener at Lambeau Field tonight. Running back Jamaal Williams will be on the field in a Lions uniform for the first time after signing with Detroit as a free agent this past offseason.

The Packers drafted Williams in the fourth round of the 2017 NFL Draft. As a rookie, the former BYU star started seven games and gained a career-high 556 yards rushing on 153 carries. In four years with the Packers, Williams was remarkably consistent, never gaining more than 556 yards in a season but never less than 460 yards.

Williams was also a dependable receiver out of the backfield. His best year as a receiver was 2019 when he caught 39 passes in just 45 targets and tied for the team lead with five touchdown receptions. Williams was also very good at pass protection and his blocking was one of the reasons the Packers coaching staff felt confident putting him in the game in passing situations.

When the Packers drafted Williams in the fourth round in 2017, they also added running back Aaron Jones in the fifth round of that same draft. It would have been easy for the two to become bitter rivals as they battled for playing time, but instead, Jones and Williams became good friends and they are still friends even after Jamaal signed with Detroit.

“We became brothers over that time,” Jones explained. “He’s been there for me through a lot and just helped me develop as a player, helped me develop my game and pushed me. That’s something we would do every time we stepped on the field is try to push each other. It’s going to be a little different. Seeing him in a blue jersey will just be different.”

But there was much more to Williams’ contributions to the team than 500 rushing attempts for 1,985 yards and 10 touchdowns to go along with 122 catches for 122 yards and eight touchdown receptions. He became a fan favorite and one of the more popular players in the locker room for his enthusiastic and energetic personality.

“He’s such a special, special guy,” quarterback Aaron Rodgers told reporters. “One of those guys, there’s a gaping hole in certain areas when you lose a guy like that. You can’t just fill it up with one person – his magnanimous personality.”

Williams always gave his all on and off the field. Before every game, he could be seen dancing on the field with his headphones on as he prepared for the challenge awaiting him on the field later that day. He went about his job with such obvious joy and that helped endear him to Packers fans and teammates alike.

Wide receiver Davante Adams appreciated what Williams brought to the team. “I know you didn’t ask about Jamaal, but I just kind of wanted to throw that in there, just because of his energy, everything he brings to our team is just super positive and we love him out there,” Adams said in 2020.

During games, when Williams was determined, he was always tough to bring down. He didn’t have the speed of Jones, but he was a tough, inside runner who could quickly get through the hole to pick up critical yards. You can watch his highlights with the Packers below.

But now, Williams is a Detroit Lion and he’s coming back to Lambeau Field to try to beat his former club. “I’m excited to play,” he said. “It’ll be great to see my boys, teammates that I’ve just grown to love over the years. But this is different. I’m on the other side, so I gotta go out there and play for my Lions first. Then after the game we can chit-chat.”

Williams had a strong debut for the Lions in Week 1. He gained 54 yards rushing on nine carries and scored Detroit’s only rushing touchdown in their 41-33 loss to San Francisco. He also caught eight passes for another 56 yards, giving him 110 total yards from scrimmage on the game.

The big question many people are wondering is if Williams will do a Lambeau Leap if he scores a touchdown on Monday night. Earlier this week, Williams admitted to reporters in Detroit that it’s a real possibility. “I might, honestly,” Williams said. “I might just jump into some Lions fans.”

Packers fans are hoping that doesn’t happen this week, but certainly wish Williams well when he’s not facing the Green and Gold.