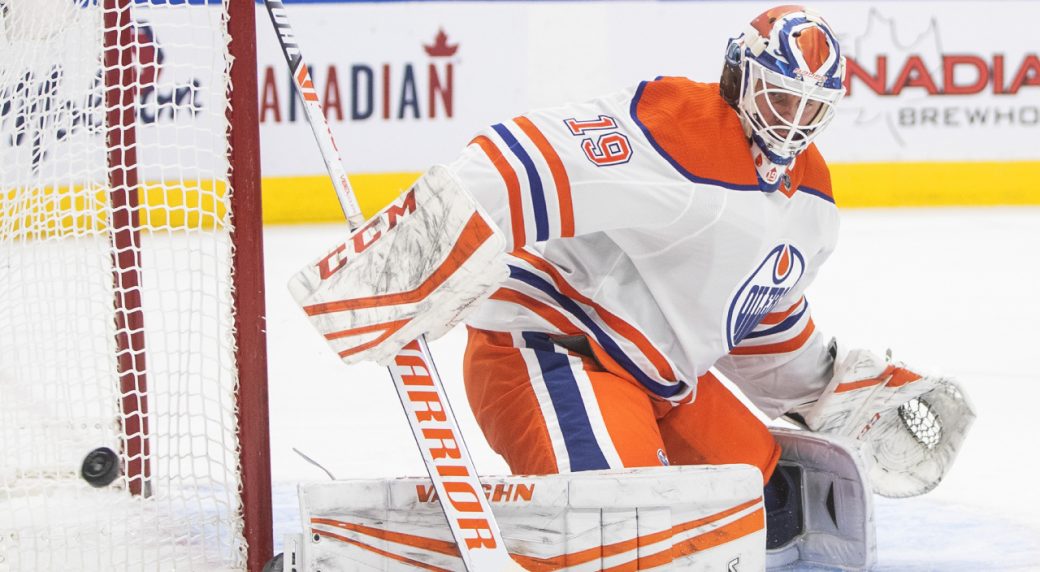 Training Camp officially opened for the Oilers on Wednesday, which means the long journey of a new NHL season is just around the corner. The stage is set with high expectations after a bitter end to the previous campaign. Although some of the offseason’s changes are not unanimously endorsed by fans, there is good reason to hope this years’ iteration of the team is an improvement.

That being said it wasn’t all good news, as we got more injury and general availability updates that serve as an early reminder of the battle of attrition involved in a full NHL schedule.

Keith was not present today, as he is quarantining until next Friday per COVID protocols, given his partially vaccinated status. The news that he will indeed be fully vaccinated at some point is the important takeaway, at least from a hockey standpoint, and means that when it came down to it Keith chose to do what was best for the team, which is ultimately a good start to his Oilers tenure.

Holland said he expected 1 player on the roster not to be vaccinated at the season’s opening, and as COVID and its protocols are a dynamic process it’s hard to predict how this process might unfold. Especially with having to cross the border and quarantine 14 days each time, Holland pointed out how costly such a decision would be, making the player ineligible for 30+ games over the course of the season. Given the tight cap situation, the fact that injuries might occur, and of course the forfeited daily pay by the player, it’s hard to imagine a situation where either the player or the team will be getting much out of the arrangement.

Stalock had tests done over the summer and discovered he has a heart condition. He’s in the process of getting opinions from cardiologists, but GM Holland said it was unlikely that Stalock will play any games this year. The first thought is to the player and his family, and we are all hoping he is able to return to good health with or without hockey.

Stalock had a reasonable path to NHL games this season, so we might see the Oilers look to fill his spot at some point, most likely through a trade or perhaps waivers. Holland was asked if he planned to make such a move and answered that he wouldn’t be, especially given how prospects Skinner and Konovalov are looking heading into the season. Although it’s nice to hear an endorsement of their play from the GM, I wouldn’t be surprised if someone was added if their play and the circumstances fit.

Meanwhile Holland spoke to the defence of Mikko Koskinen, noting the circumstances of last season and his strong play in previous seasons. Although opinion has soured on him, it’s really only due to his cap hit. He is a solid tandem-backup and his contract expires after this season, so really the worst of it is over. Although the situation in net is not the class of the league, Smith and Koskinen could very well deliver value on their combined $6.7 million cap hit. Koskinen spoke to staying current with the evolving goalie techniques across the league and believing in himself regardless of how good the fans thought he was. I understand the relationship hasn’t gone as well as the player or the fans would have hoped, but at this point there’s no reason not for fans to pull for Mikko.

Russell has some neck pain, and Holland said as a precaution will be out for the next few days. Samorukov broke his jaw in the rookie tournament and will miss 6 weeks. It would have been fun to see Samorukov push for a spot out of camp, but ultimately starting in the AHL this season is probably for the best. Similarly to Samorukov, Dylan Holloway had a chance to push for a spot this camp, but injury will prevent both for now.

One of the areas I see similarly to Holland is taking time to develop players, as he put it, “young guys have to steal a job”. Without waiver eligibility, younger players are easier to play in the minors, where they can have bigger roles. That means for those like Samorukov and Broberg, unless they could outplay a regular top 6 defender, honing their skills in the minors until further notice. Particularly the older of the 2, Samorukov, might see a call up at some point, but spending the season in the AHL is not an indictment of their play.