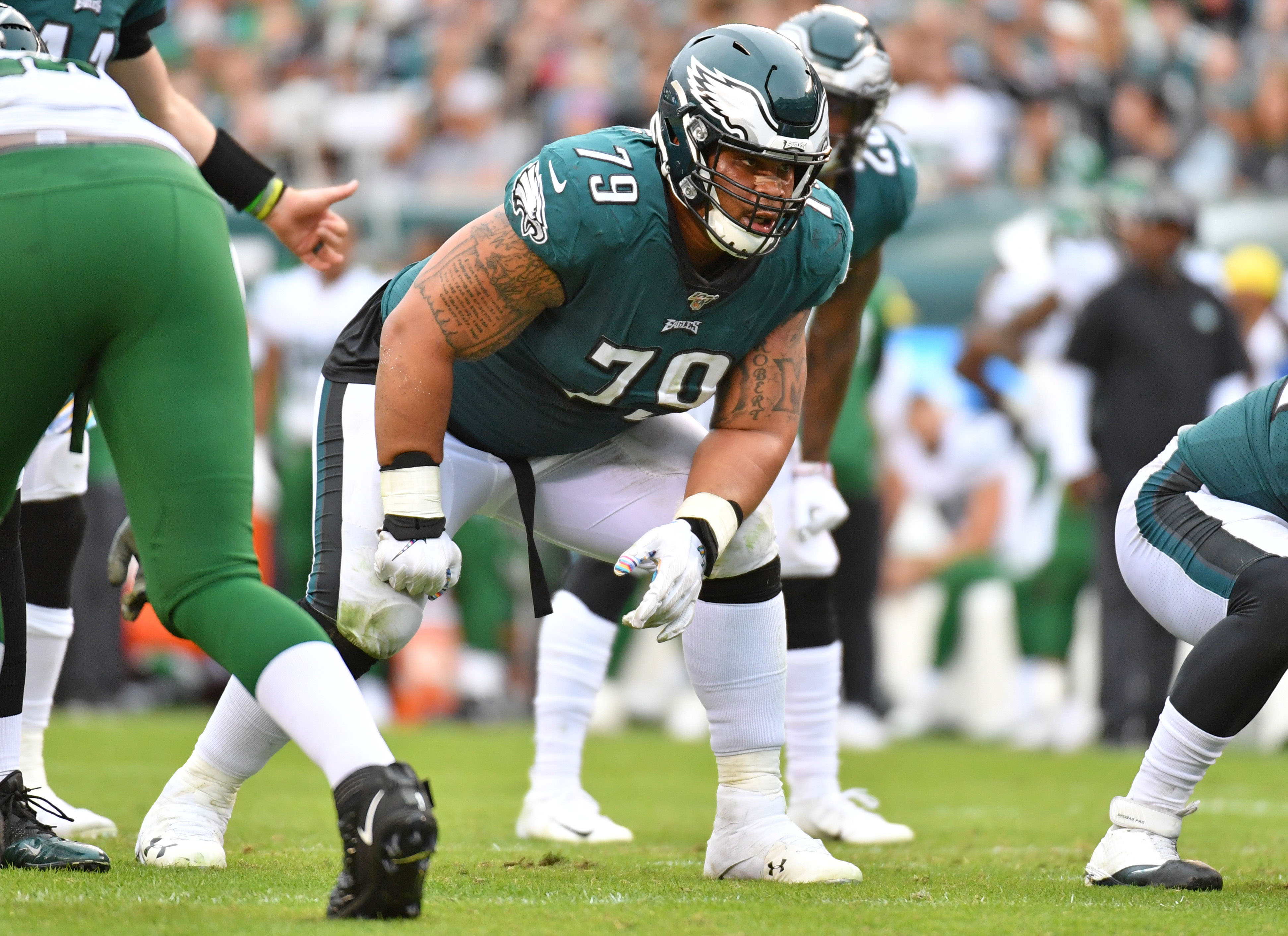 Brandon Graham is out for the season with a torn Achilles. Brandon Brooks has been placed on IR with at least a chance to return later in the season.  Not a good week to be named “Brandon”…

Graham tore his Achilles during Philadelphia’s loss to San Francisco on Sunday and will be out for the rest of the season. In his first season with the Eagles, veteran edge rusher Ryan Kerrigan was listed as Graham’s backup.

Brooks heads to IR with a pectoral injury suffered against the 49ers. Sunday will be the first time Brooks has missed a game since 2016….that is, a scheduled game where he was active, since he was on the inactive list for the entire 2020 season while rehabbing his Achilles tendon injury suffered in June of 2020 during a routine preseason workout.

Rookie lineman Landon Dickerson is likely to start for Brooks when the Eagles take on the Cowboys in Week Three.

Simultaneously the Eagles signed G Jack Anderson off the Buffalo Bills’ practice squad. The rookie guard out of Texas Tech was a seventh-round pick (No. 236 overall) of the Bills in the 2021 NFL Draft. The 22-year-old started all 38 games he played for the Red Raiders, earning first-team All-Big 12 honors in 2020. The 6-4, 314-pound Anderson was also a team captain and two-time first-team All-Big 12 Academic selection. Anderson is a native of Frisco, Texas.

A familiar face is signed for the 6th time by the Eagles, as 2021 marks the fourth season in which the veteran TE Rodgers is either on the practice squad or the active roster. Last season, Rodgers played in 13 games (four starts) and caught 24 passes for 345 yards and two touchdowns, while lining up for 24 percent of the team’s offensive snaps. The 29-year-old Rodgers was with the Eagles in the preseason before being released during the final roster cutdown.

Heading into Game 3 against the Dallas Cowboys, and speaking of the practice squad, the Eagles protected the following practice squad players this week from being signed to other teams’ active rosters: cornerback Craig James, guard Sua Opeta, safety Elijah Riley, and defensive tackle Marvin Wilson.

The team made another roster move on Monday when they placed tight end Zach Ertz on the Reserve/COVID-19 list. The Reserve/COVID-19 list was created for a player(s) who either tests positive for COVID-19 or who has been in close contact with an infected person or persons. The team did not provide any update as to how this will impact Ertz’s availability for Monday night’s game in Dallas.

Looking ahead to Dallas, Dave Spadaro at PE.com believes turnovers are going to play a huge part in Monday night’s game. The Eagles have neither taken the football away nor have they given the football up in two games, while Dallas has a +4 ratio (6 takeaways, 2 giveaways) and lead the NFL in that category. This is a statistic that matters in every game. While Dallas has been hit with some injuries along the defensive line – end DeMarcus Lawrence has a broken foot – they are expected to get Randy Gregory back from the COVID-19 list for Monday night and were pleased with rookie Micah Parsons’ play at defensive end in the win over the Chargers on Sunday. The Eagles know they are going to have a battle on their hands at the line of scrimmage in this game.