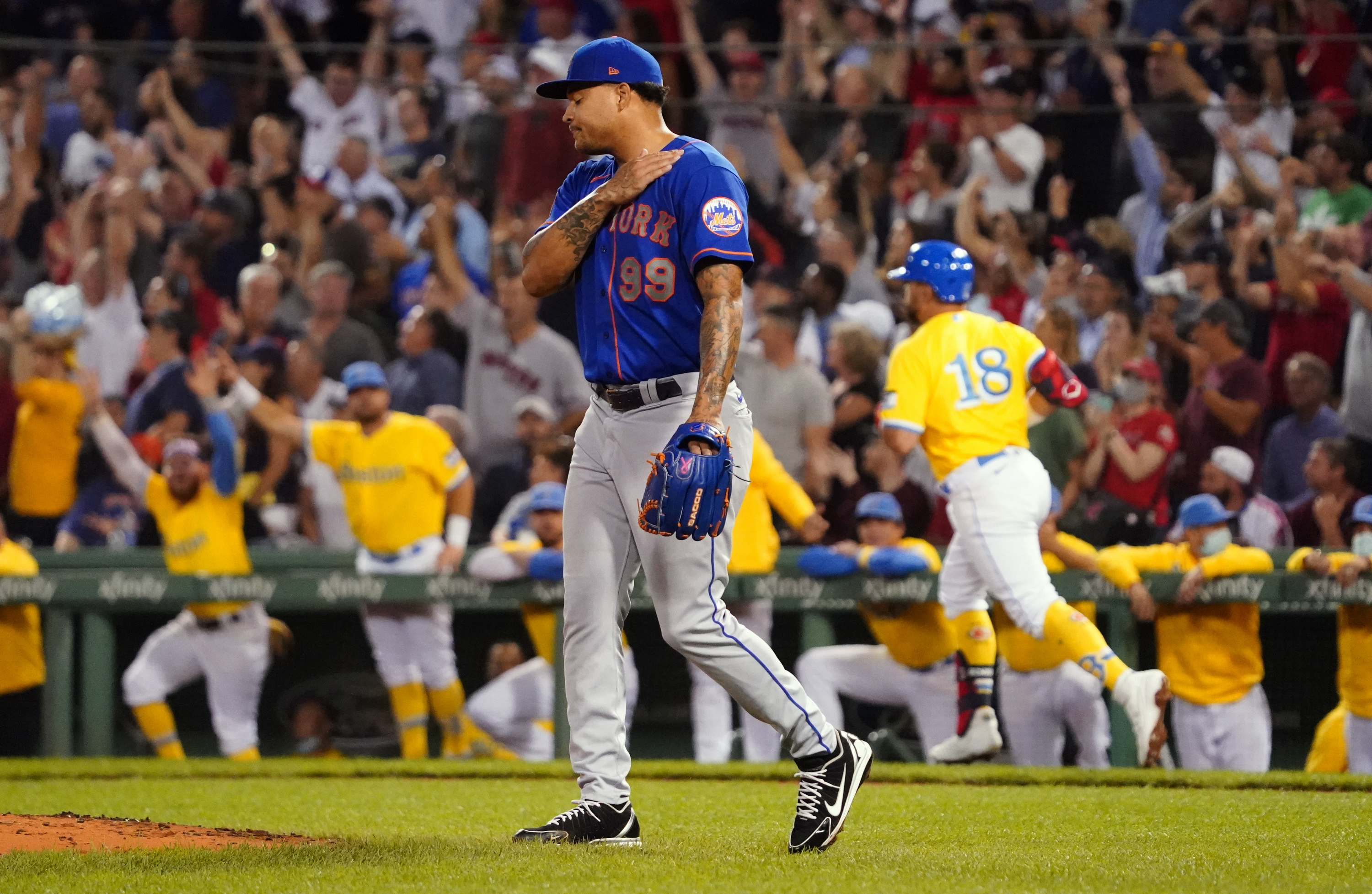 Can Kyle Schwarber play in Korea next year?

Seriously … Justin Bour is playing with the LG Twins and he’s hitting .170 and has the range of a traffic cone. I’m sure LG would pay Schwarber handsomely to take over at first base for them. And I hear the chicken and beer is really good over there.

Schwarber hit two more home runs off the Mets tonight (nine in ten games), and both came off Taijuan Walker (four this season, five all time). Walker gave up six runs in two innings and was pulled early because Luis Rojas is managing with urgency. All credit to Trevor Williams for taking the next four and wearing it for the bullpen, even though tomorrow is a day off and considering the only thing the Mets relievers have to rest for is to watch Milwaukee clinch a playoff spot against them this weekend, it doesn’t matter all that much. But Williams still deserves all the credit in the world.

The rest of the game, well let’s just say the less said about it, the better. Kevin Pillar and Javy Báez created a little league home run. The Red Sox defense was on point. Replay concluded that stepping on first base is optional. And Chris Sale, along with  striking out eight in five innings, made his biggest contribution by not cutting up the Red Sox good luck City Connect jerseys that make them look like the UCLA Bruins. Oh, and Keith Hernandez actually read from a media guide live on the air tonight. Here I was thinking it was in his contract that he didn’t have to do that.

Also, this was the 10th straight Mets game that lasted three and a half hours. The Mets have lost eight of them. That’s a lot of time spent on misery.

But seriously, I really think that Kyle Schwarber would look really good in an LG Twins jersey in 2022. (If there’s a lockout, he might have no choice.)