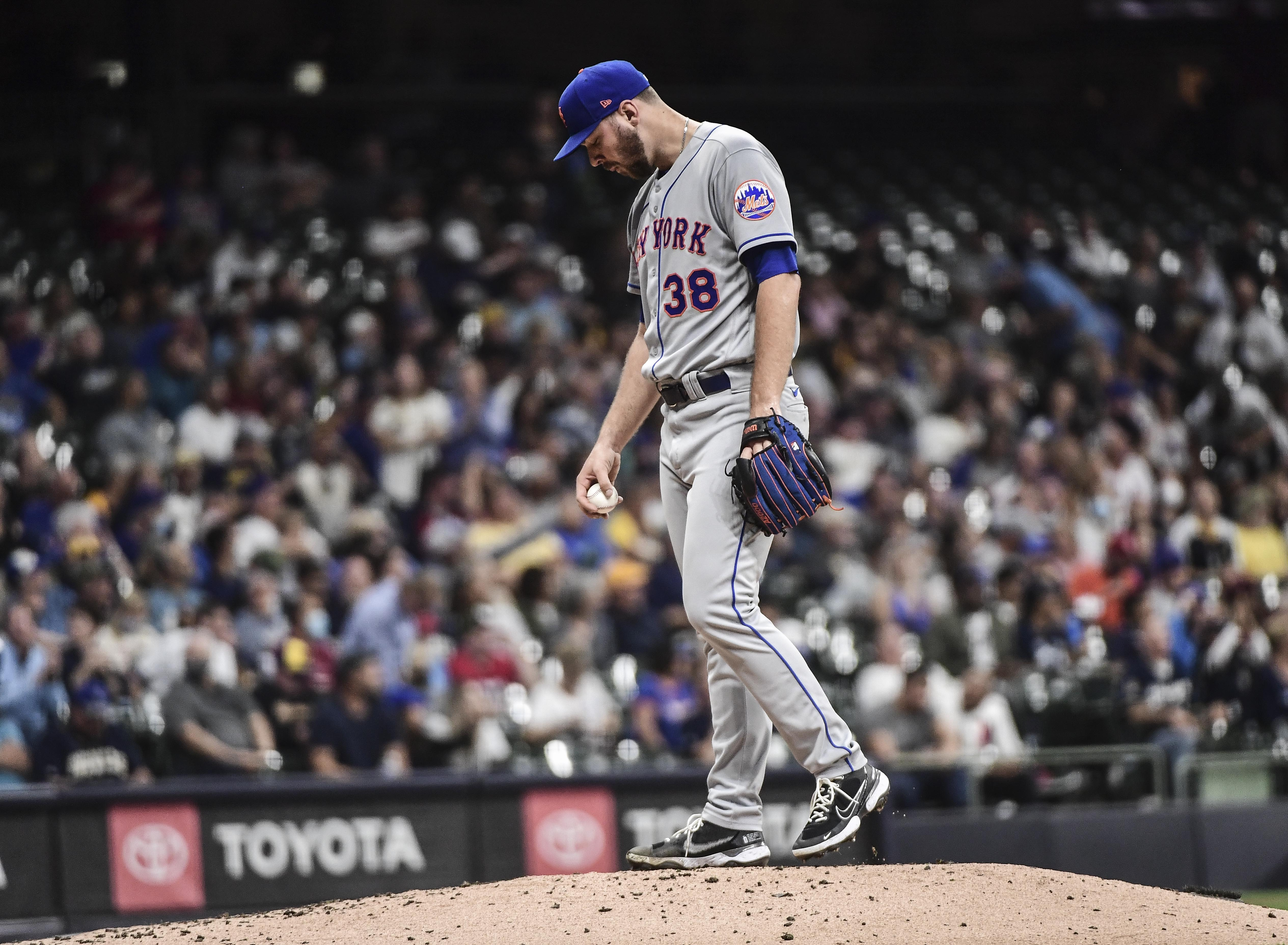 The Mets got pounded again tonight.

Tylor Megill gave up three home runs in a game that Megill probably shouldn’t have even pitched, as at 84 innings and change, it’s the most innings he’s pitched in his career and he’s probably gassed. But everyone is gassed and limping to the finish line, as the Mets have won five games this month. And you can’t bench everybody. But I’d just as soon have Brad Hand pitch every inning the rest of the season. Punish Luis Rojas like you would punish your kid who you caught smoking by making them smoke an entire carton until they puke. Just have Brad Hand on the roster the rest of the way with 24 position players.

You could tell that we’re in that part of the season where everybody just wants to get to the winter and go on a Mets cleanse. Gare is reciting stats and Keith barks “what’s your point, Gare” at him. Steve Gelbs told a story about Megill’s sea turtle tattoo. Then the booth went into deep dives about the Houston Oilers and Chris Cotter’s experience as one of the Sausage Racers while telling us that Cotter never wanted the job as sideline reporter. (Look how it’s aged Gelbs. I don’t blame him.) The sponsored “electrifying play of the week” was a baby taking off her Mets hat 17 times as if to say “DON’T DRAG ME INTO YOUR PRIVATE HELL, MOTHER!!!” SNY has prepared for the inevitability of tonight’s game being a death march by having Italian Sausage facts at the ready: 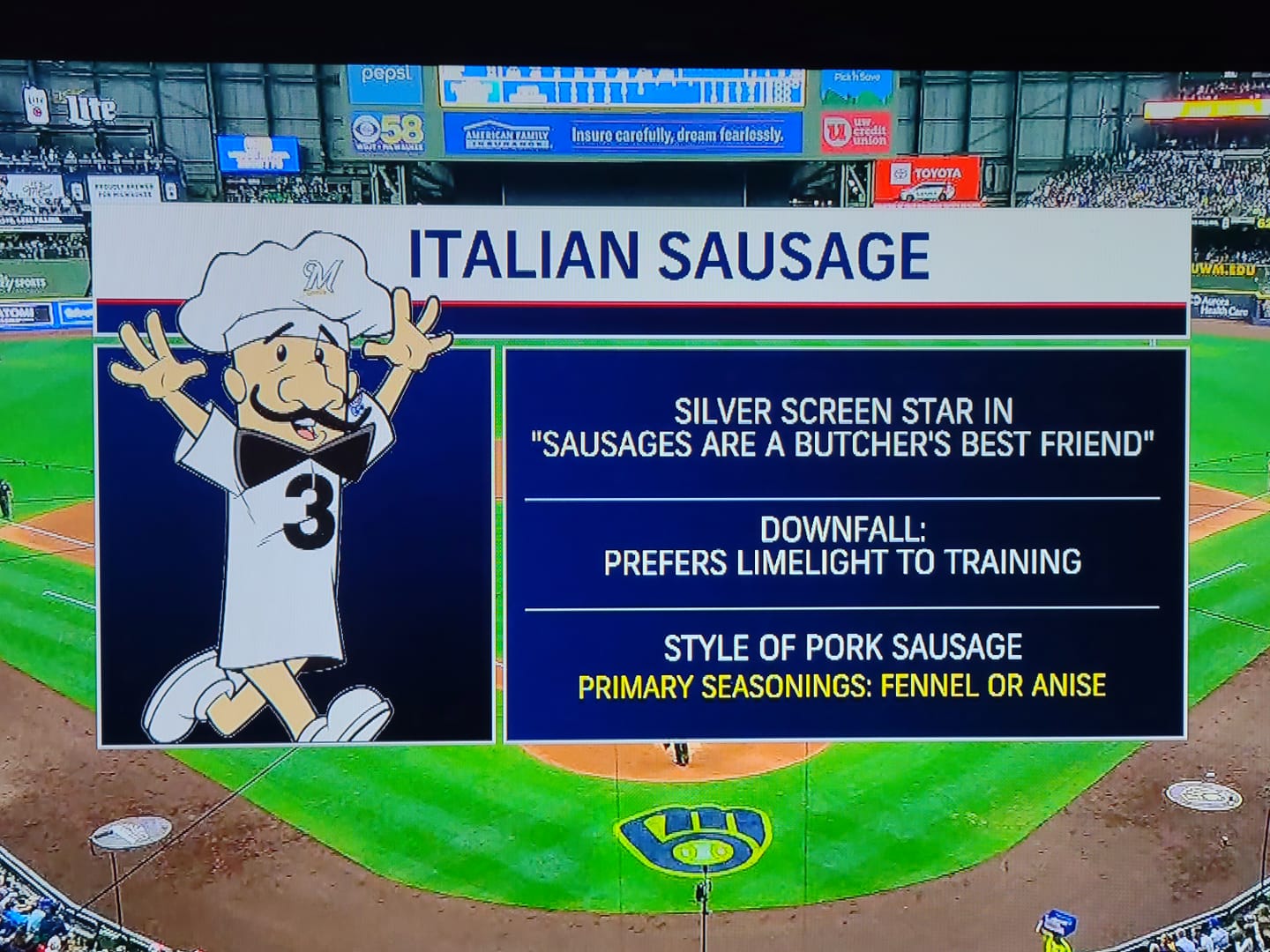 At least Friday’s lost snapped a streak of ten straight games played in over three and a half hours. By comparison to what we’ve been used to, 2:59 seems like the time it takes to prepare a cup of instant mac n’ cheese.

But the most hysterical part of all of this is that this series will probably result in not only the Mets being eliminated, but also the Brewers clinching the National League Central. Perhaps these two things will happen on the same day. So what do the Brewers do to lead off this series? Of course, they induct Carlos Gomez and Francisco Rodriguez into their wall of fame!

On the Brewers Wall of Fame!!!

WE TRADED HIM FOR DANNY HERRERA BECAUSE OMAR SIGNED HIM TO A GAZILLION DOLLAR CONTRACT TO WALK MARIANO RIVERA!!!

And just in time for the Mets to hit town. Awesome. This is going to be a fun weekend.