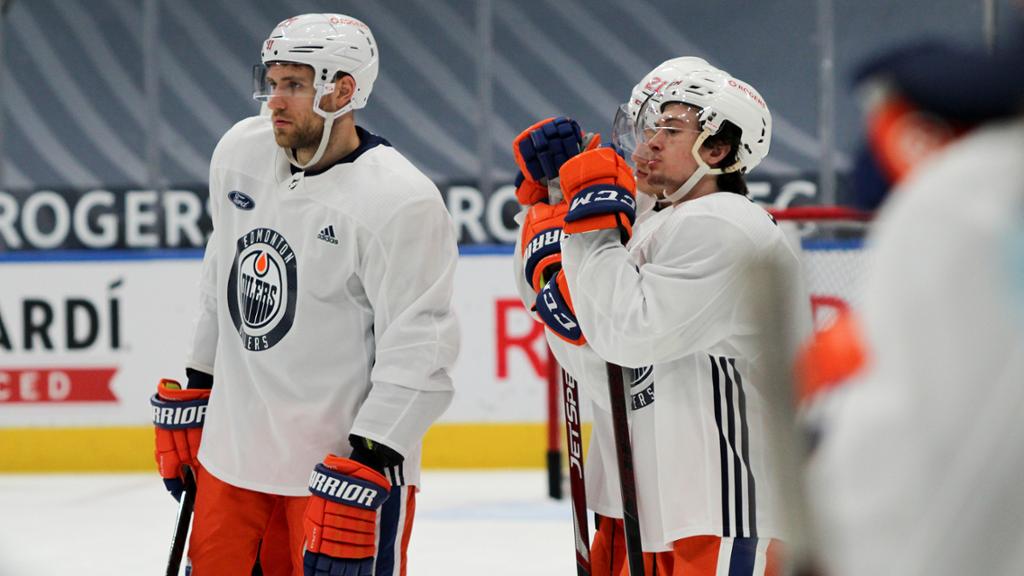 Apparently the players themselves formed into these groups, so we’ll see if Tippett rolls with them.

This definitely looks close to what most were thinking, and the addition of Hyman gives the Oilers proven wingers for each of McDavid and Draisaitl.

It makes sense to give Ryan a bigger role than McLeod at this point, as the latter is still getting his feet wet at this level. With Foegele and Kassian, Ryan’s line could bring the best out in each other with a mix of mayhem, intensity, and solid two-way play.

Benson, McLeod, and Marody know each other, but it’s unlikely all 3 are on the opening roster. We’ll see which of them can mix with the likes of Shore, Perlini, Sceviour, and Turris for spots on the 4th line.

On defence we’re likely headed towards Nurse with Barrie and Keith with Ceci as the top 4. Bouchard was playing with Koekkoek, which could be an interesting pair. If Bouchard and his partner, whoever it ends up being, can play well enough to push the top 4 for minutes, or sow any doubt into which is the 3rd pair, it will take the Oilers to new heights.