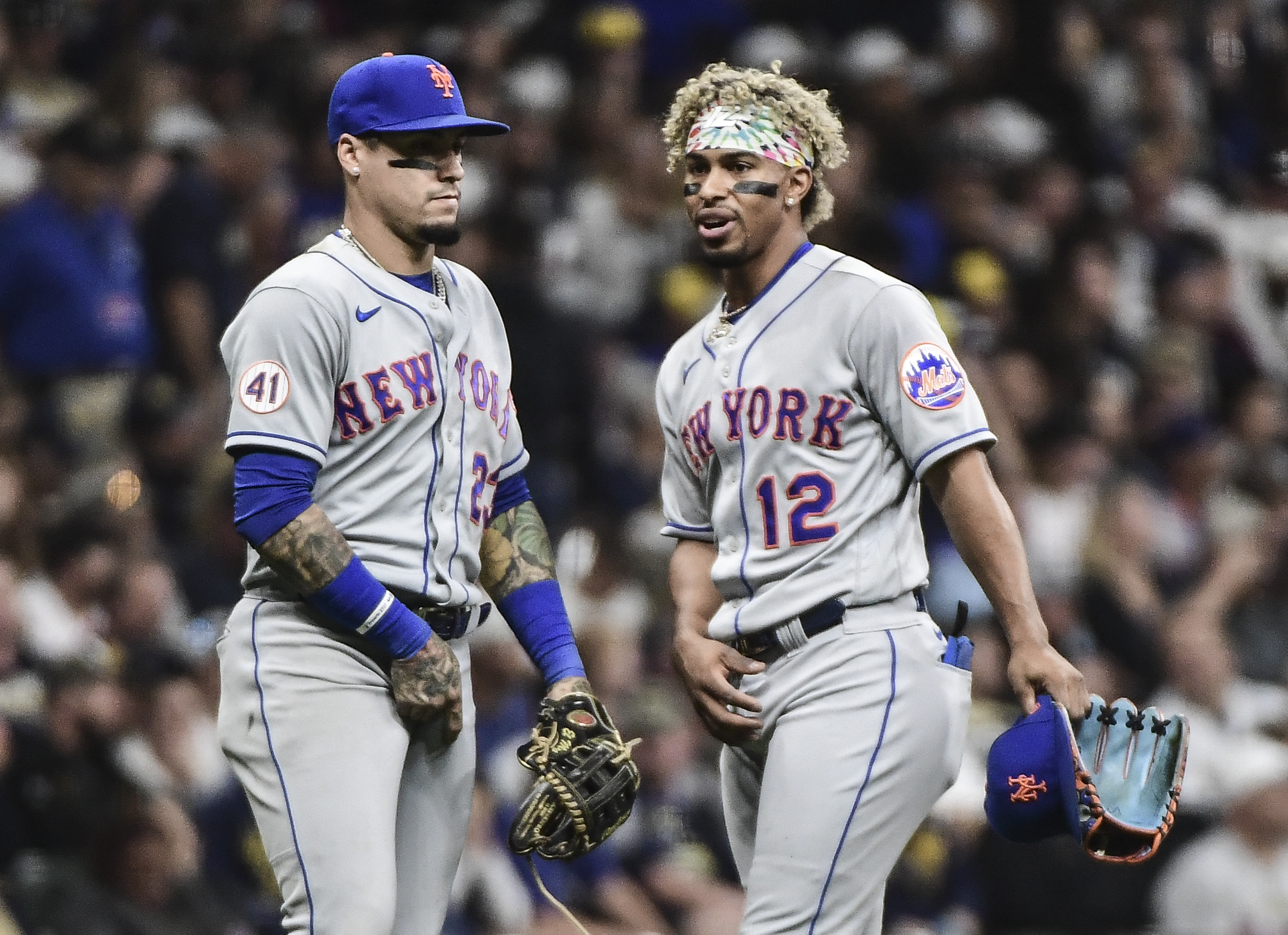 The Mets were eliminated from playoff contention tonight.

The Phillies’ victory over the Pirates made the inevitable official. The Mets couldn’t even earn elimination. They had to back into it. The died in which they lived: predictable and boring.

Same went for how they lost Saturday’s game to Milwaukee: another one-run loss in which they just couldn’t get anything going against a good pitcher in Corbin Burnes. It was so predictable that Tim Healey tweeted out that the Mets had lost minutes before they actually lost. But the attempt to reverse jinx it in much the same manner that the Shea Stadium scoreboard flashed “Congratulations Red Sox” on the Diamond Vision for a brief second failed. Another reason that this team could never be confused with their 1986 ancestors.

(Except for Rich Hill. He’s old enough to have seen Christy Mathewson play, and he’s beating out bunts for hits. Freakin’ guy.)

Allow me to fire the first salvo in a post-mortem world: I can’t say, and I also hate saying, that the players played with no urgency, desire, or heart. There’s always another team on the field that can make you look like you don’t care with good pitching. The Mets lost to a lot of pitchers, good and bad. But even when they lost to the bad pitchers, it had nothing to do with urgency, desire, or heart. That makes it sound like it’s an easy fix, right? Just care! Why don’t you care??? They care. They just weren’t good enough. There’s a lot of reasons for that ranging from injuries and off seasons all the way to players not being as good as we think they are and hope they’ll be. If the front office can figure out which reason matches with which player, they’ll have a successful offseason. 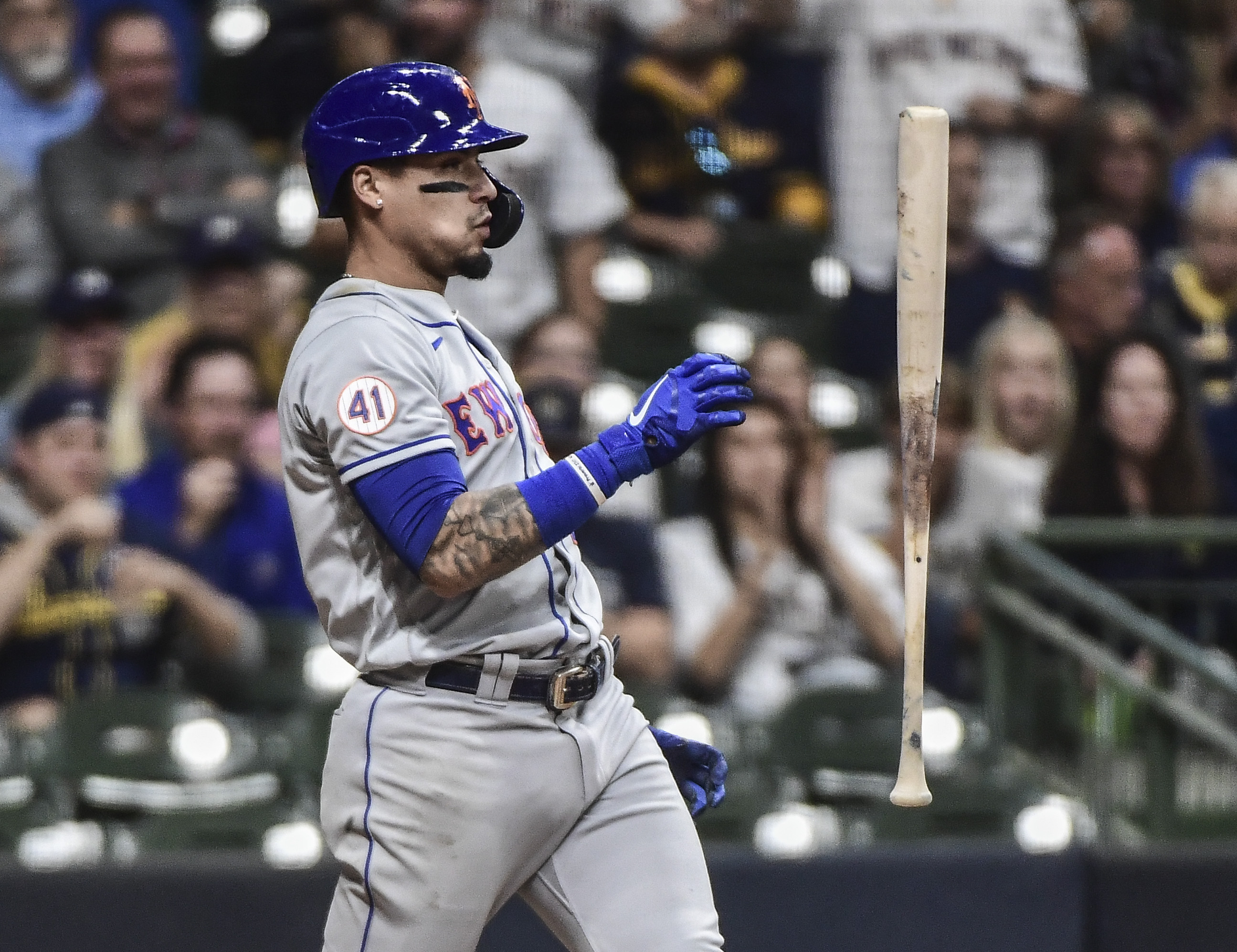 But the first thing that I wonder about going into the wilderness of the final eight games of the season, and it might be a “poo-poo take”, is this: The Mets were so good until about the middle of August, and then fell off a table. And they fell off a table when they were mostly healthy. Sure, they didn’t have Jacob deGrom, and that was huge. But the offense never caught up to their baseball cards, and the manager made tangible and questionable moves to doom them during a time where if they had only played .500 ball even after the hell that was the Dodgers and the Giants they’d be right in the thick of the divisional race.

But I wonder about Luis Rojas’ constant decrees of “this is a special group” and “I don’t let the team look at the standings because it’s not healthy”. and the interview with Evan Roberts where he said “I manage in September the same way I manage in April.” Was this team not good enough to have an extra gear? Or did they have it but never bothered to realize it because the message they got from the “player’s manager” was that they didn’t need it? Other teams sure as hell seemed to have that gear, or at least not get stuck in neutral. The Mets? They were the car on the side of the road with engine failure watching the Braves and Phillies just glide on by without so much as a challenge.

With the Mets being eliminated from the playoffs, I’d like to submit this incredible video of the Mets PRACTICING THEIR WORLD SERIES CELEBRATION during spring training to @OldTakesExposed.

Not that I want Luis Rojas to turn into a deranged version of the worst qualities of John Calipari where they win 10-3 and he goes into all the reasons why the team is atrocious. But … and this goes double for a team that doesn’t have Jacob deGrom … was the higher level never searched for? Or does it just not exist? Because if we’re judging Luis Rojas on how he handles the clubhouse instead of the in-game moves because that’s how managers are judges nowadays, then that has to be looked at. And when the front office has their end of season meetings, maybe the trick is not only to seek answers, but to ask the right questions. It’s not the magic question that will unlock the secrets of Dumbledore, but it would be a hell of a start for the incoming President of Baseball Operations if this mythical position is indeed filled.

(Editor’s note: It was pointed out to me that in the picture header, both Javy Báez and Francisco Lindor are adjusting their cups. I honestly didn’t notice. I suppose there’s some symbolism to that picture being taken on the night that the Mets were eliminated. I hope that’s all it is, and that it’s not a new celebration we don’t know about.)