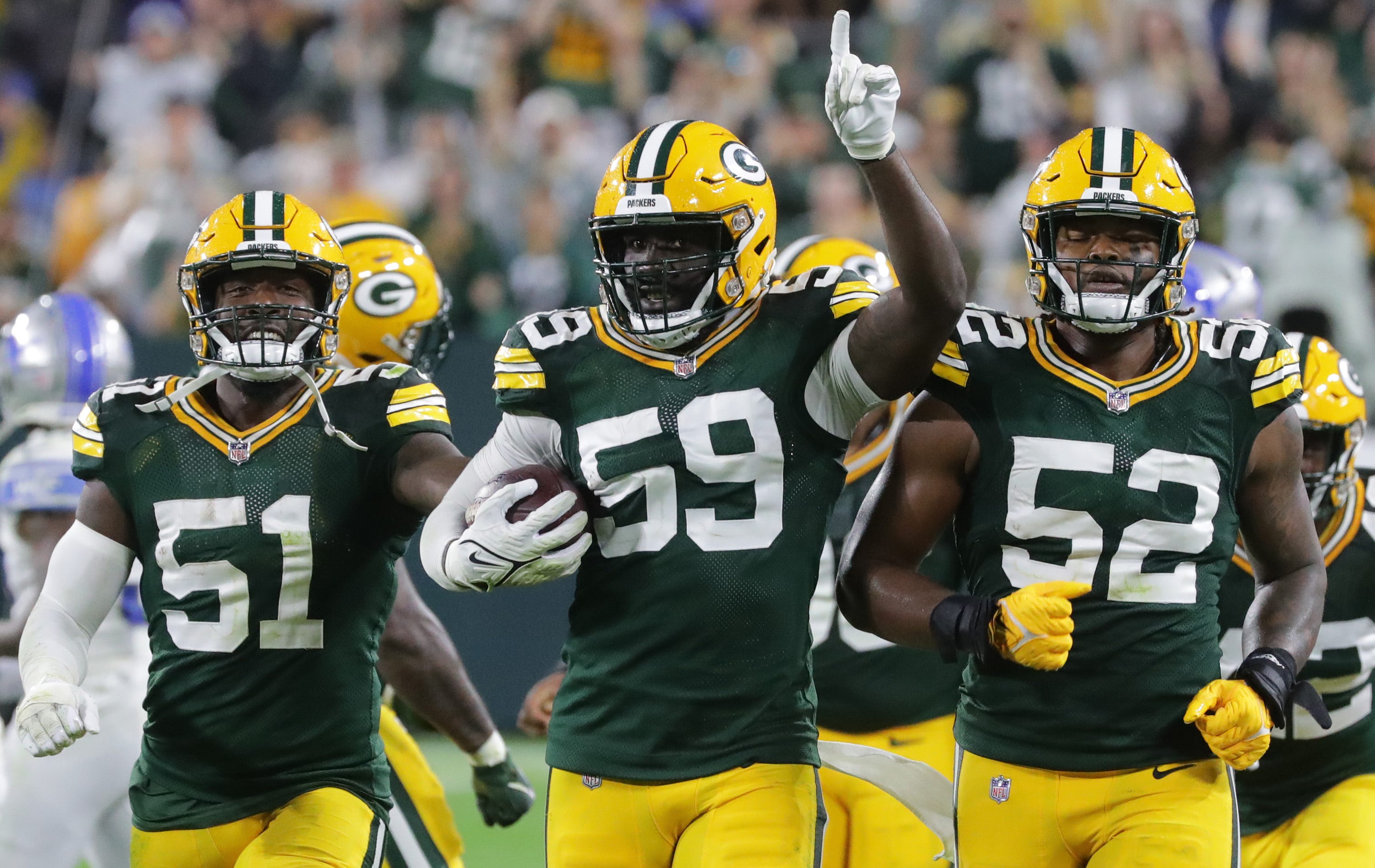 The Green Bay Packers didn’t add many new players this past offseason, spending much of their precious available cap space to bring back as many of their own potential free agents as possible. While those re-signings and the ongoing Aaron Rodgers drama grabbed most of the headlines, the Packers made two lower profile offseason moves that are paying early dividends for the team on the field.

First, the Packers added inside linebacker De’Vondre Campbell as a free agent in early June. The signing gave the Packers an experienced inside linebacker who had been a starter in each of his five NFL seasons. Campbell had never been selected to a Pro Bowl, but he had 70 career starts in 75 career NFL games with the Falcons and Cardinals and was a steady contributor for both teams.

Like most veterans, Campbell didn’t see the field during the Packers three preseason games. In Week 1 against the Saints, Campbell struggled and looked a bit slow to react, especially in the first half although he finished the game with six total tackles. Obviously, the entire Packers team did not have a good game against New Orleans.

But in the last two games, Campbell has been one of the more consistent players on the Green Bay defense. He made 13 total tackles against Detroit while breaking up one pass and intercepting Jared Goff in a play that helped the Packers defense shut out the Lions in the second half.

Against San Francisco, Campbell was in on 12 total tackles and recovered a fumble to record his second turnover in as many weeks.

In addition to the turnovers and tackles he’s recorded Campbell has been the best inside linebacker Green Bay has had in pass coverage in quite some time. The former University of Minnesota star has enough speed to stay with running backs coming out of the backfield and with tight ends, two areas that have hurt the Packers in recent seasons.

Through the first three games, opposing receivers are averaging a scant 4.6-yards per catch when Campbell is covering them and quarterbacks have a rating of just 47.2 when they throw to receivers covered by Campbell according to Pro-football-reference.com.

Campbell is also a smart player. He is rarely caught out of position and does a very good job of reading plays as they develop. That prevents defensive breakdowns that often turn short gains into splash plays that pick up big yardage and break the spirit of the defense.

Campbell has also provided the Packers with experience. Last season, especially when Christian Kirksey was hurt, the Packers had two rookies at ILB in Krys Barnes and Kamal Martin. Now, Campbell gives Barnes and other less experienced players at the position someone they know has been there and done that in the NFL and somebody they can turn to in position meetings and at film study.

Since the season started, Campbell has also been calling the signals for the Green Bay defense. During much of training camp and throughout the preseason, Barnes was handling that job, but once the regular season got under way, Campbell stepped in and took over. He has done a good job in this capacity for the team thus far.

The other unheralded acquisition the Packers made before the season started was at punter. J.K. Scott continued to be inconsistent during training camp and in the preseason. After the Packers final preseason contest against the Bills, the team decided to go in a different direction. They released the former fifth round pick out of Alabama and decided to acquire a new punter.

GM Brian Gutekunst traded for Corey Bojorquez from the Los Angeles Rams about a week and a half before the season opener in a deal that saw the Packers and Rams exchange day three picks.

So far, through three weeks, Bojorquez has been as good as advertised. He punted 10 times for a 48.0-yard average. Four of his 10 punts have been placed inside the opponent’s 20-yard line and one of them was inside the 10.

His hang time has also been outstanding and he has been more consistent than Scott in almost every facet of the punting game.

The Packers needed an upgrade at punter and Bojorquez has provided that for the team. That has eliminated one of the many special teams issues facing the team.

Although it is still early in the season, these two moves appear to have provided the Packers with upgrades at two positions that had been significant problems for them in recent years. The additions of Campbell and Bojorquez show that the moves that make the biggest headlines in the offseason are not always the ones that have the most impact once the regular season gets under way.