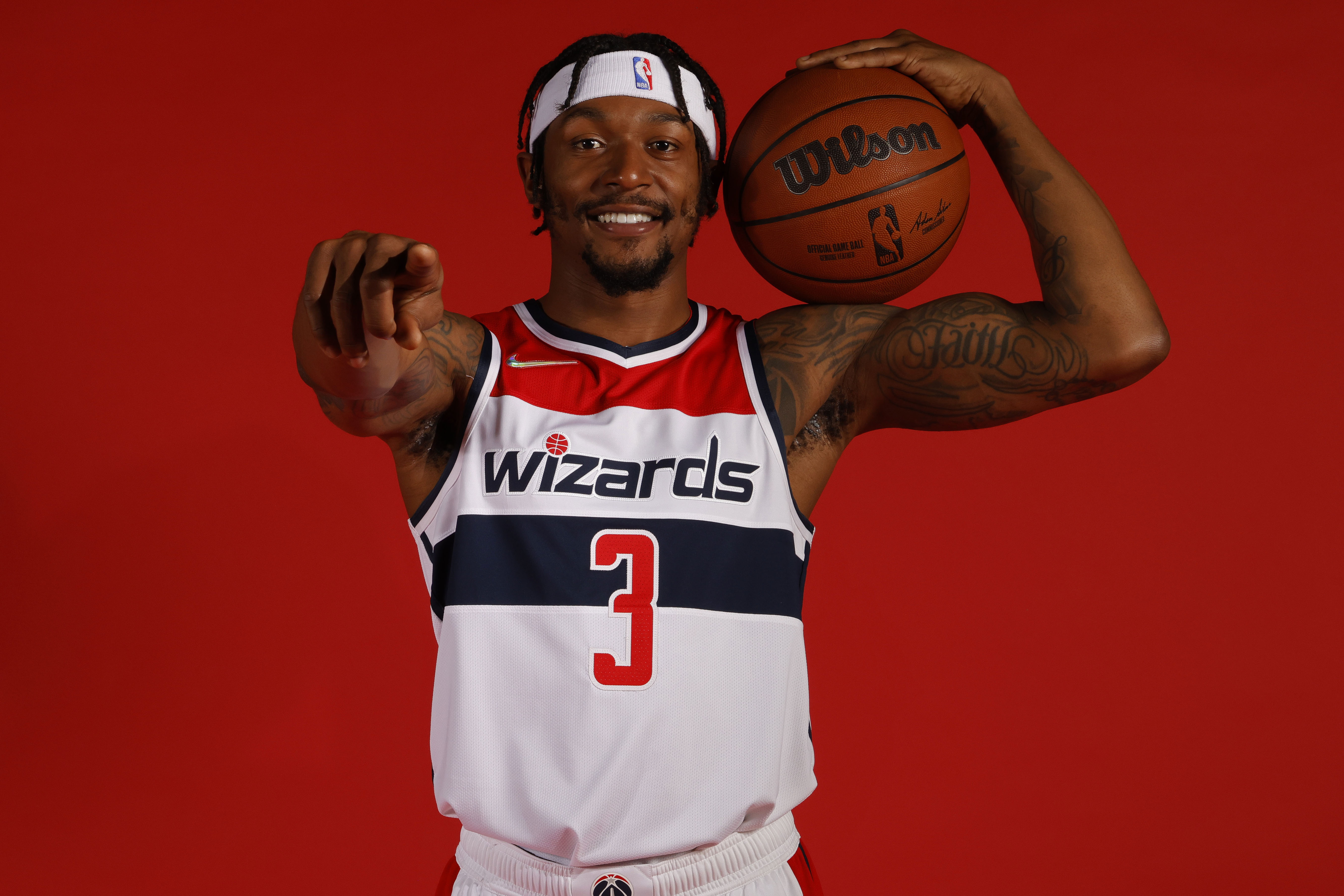 The Washington Wizards held their 2021-22 season Media Day on the last Monday of September. Here are the quotes and highlights from each player’s interview. You can watch the full availabilities here.

Bradley Beal on a new season and new Wizards team:

“I’m excited. I’m definitely excited. It’s a fun year for us. We have pretty much a new team, a lot of new faces, new coach, new system, so I’m excited for the changes we’ll have and the depth that we have at each position. It’s an exciting year. I’m definitely bummed to lose Russ (Russell Westbrook). We all know he’s a first ballot Hall of Famer. At the end of the day to be able to see the pieces that we got back, the depth and experience that will help us out tremendously moving forward. There will definitely be some adjustments along the way nothing will be clear and gold when we come out the gate but I think I like the pieces that we can work with this year.”

Kentavious Caldwell-Pope on his relationship with Bradley Beal:

“When we were teenagers (we grew up) through the AAU circuit. I never played with him, always against him. Then we got to college and as far as going to the All-American games, just being there and seeing him. Almost every camp we’ve seen each other… We grew a friendship through basketball and it carried on. It’s special. I feel like the relationship we have is special… He’s always been there and I can’t wait to play with him. It’s going to be fun, I told him that last night.”

Kyle Kuzma on watching film and learning from Rajon Rondo:

“I’m a film addict. When you’re a young player and you come into the NBA, a lot of things are foreign to you. In college, you may watch film but it’s more from a team collective standpoint. My second year in the NBA, I’m blessed enough to be around Rajon Rondo and that dude, he’s unreal. The way he approaches the game, thinks about the game, the way he watches film, it really just intrigued me. I want to be as great as I can be and that’s one of the things that took my IQ and the way I see the game to a different level..”

Montrez Harrell on the potential of the 2021-22 Wizards:

“We got a great group of guys. We got a mix of guys that are supposedly veterans. I guess I’m looked at as a veteran. I’m 27. KCP is like 28 or 29. Bradley Beal is like same age. We got a lot of great young guys. Aaron (Holiday) is one of them back there. He’s only been in this league for four year’s but he is one hell of a pest. We got a lot of great guys on this team that we’re going to do something special I think… We’re not saying that we’re going to be the best team in the East. Keep overlooking us, keep writing us off, we’re fine with that. We know the work we’re gonna put in and the work we have been putting in.”

Aaron Holiday on the confidence in a better Wizards defense this season:

“I’m excited for this season because I know how good we can be defensively and I know we can score with anybody in the league. Once we get our defense down I think we’ll be pretty good.”

Corey Kispert on his objectives for his rookie season:

“I’m just trying to be who I am and be me. It’s gotten me this far and I hope to have it carry me for the rest of my career so no plans on changing anything up, just going out there and playing as hard as I can and let the chips fall where they may.”

Davis Bertans on putting a struggling 2020-21 season behind him:

“Last year was just one of those years that you kind of want to forget and at the end of my career I can say that one year was something out of the ordinary.”

Deni Avdija on the impact Russell Westbrook had on his rookie year:

“Russ made me tough mentally for sure. Playing with a great player like Russ ain’t easy especially as a rookie and he demands a lot off you on the court. I experienced it sometimes the hard way… I just want to say thank you to him because he just made me stronger. He helped me coming into the NBA and really made my mind better so I need to thank him for a great first year.”

Spencer Dinwiddie on his expectations entering his first season in Washington:

“My time in Brooklyn was very interesting. If I don’t get hurt, we keep the squad and go on to win a championship or whatever, you probably keep the team together… More so now it’s about proving the Wizards right than anything. When somebody pays you, especially coming off an injury… They’ve taken a large, pretty big bet not just on you as a player but on you as somebody that can help lead a franchise and help facilitate the elephant in the room which is keeping our cornerstone (Bradley Beal) in the building.”

Daniel Gafford on his approach to the upcoming season:

“‘I work myself to exhaustion’ and that’s a Kobe quote if anybody didn’t know. What I take from that quote mainly is the simple fact that he wanted to be better… The mindset with this is just making sure you’re coming in and give your all to the team and me being in shape, that’s going to help me out a lot.”

Thomas Bryant on overcoming the adversity of dealing with an injury that ended his season early:

“There’s going to be a lot of obstacles that people face throughout their lives. Some people might handle it better than others or might not handle it better than others but either way it was the card you were dealt. It’s the hand you have to play so you have to play the best way you can and for me quitting is just not an option. Breaking down and letting something get the best of me isn’t an option so for me I had to dig down deep and learn to mentally overcome this challenge and also it did give me a new profound respect and love for the game of basketball. When it’s taken away from you, it’s very hard to deal with.”