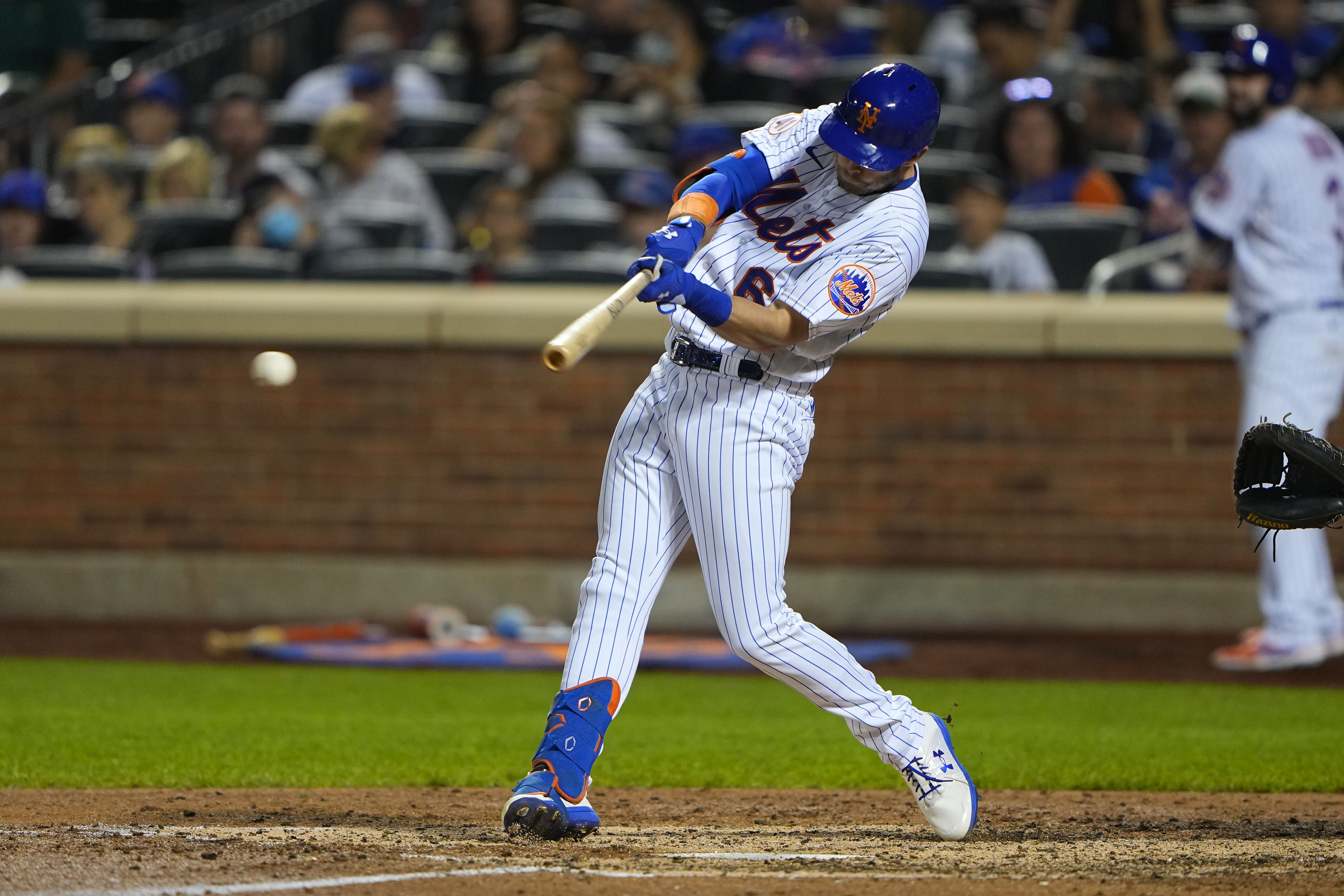 Now that the 2021 season is over for the New York Mets, we will spend the next several weeks taking a look at the big picture. This deep dive will be broken down into phases every weekday, beginning today with a look at the Mets’ offense.

The offense was clearly a problem for the New York Mets in 2021. Whether it was struggling with runners in scoring position or just hitting in general, the Mets’ offense was the biggest issue with the team. With a lot of key players either set to become free agents or potentially on the move as the Mets shake up the roster, let’s dive into each position to see what happened and what the Mets could do going forward.

The Mets’ duo of James McCann and Tomas Nido was dynamic defensively but offered very little at the plate. McCann hit .232 with 10 homers and 46 RBI’s, a disappointing performance, while Nido hit .222 with three homers and 13 RBI’s. Apart from some magic out of Patrick Mazeika this position was pretty useless.

First base belongs to Pete Alonso and he may well have been the team MVP. Alonso led the team in home runs (37), RBI’s (94), batting average (.262, the highest among qualified hitters), and OPS (.863). This was more than enough production.

With Robinson Cano suspended for the season, the Mets put Jeff McNeil back at second base, his natural position. McNeil missed significant time with a hamstring injury and had a lost year at the plate, batting .249 with seven homers and 35 RBI’s in 120 games before getting shifted to the outfield after the Mets acquired Javier Baez. The offense at second dramatically improved with Baez, who hit .299 with nine homers and 22 RBI’s as a Met.

The Mets hoped to hand third base to J.D. Davis but he never got going after getting hit on the hand in Philadelphia on May 1. The injury never properly healed, leaving him either hurt or ineffective the rest of the way. The most effective third baseman the Mets had was Jonathan Villar, who hit .249 with 18 homers, 42 RBI’s and 14 stolen bases.

The acquisition of Francisco Lindor was supposed to solve shortstop for the long term but year one was rough. Lindor spent most of the first two months of the year on the interstate and missed nearly five weeks with an oblique strain just as he was heating up after the All-Star Break. There were off the field issues as well as Lindor got into a fight with Jeff McNeil in May and gave the thumbs down to the fans for booing him too much. A strong September offered hope that Lindor will be a force next season but 2021 was a dud for him.

The only player in the outfield who had a strong year was Brandon Nimmo, who posted an .838 OPS but appeared in just 92 games due to injury. The Mets’ lineup was notably more effective with Nimmo in it since Michael Conforto had a lost walk year, batting just .232 with 14 home runs and 55 RBI’s. Dominic Smith also suffered through a poor season, hitting .244 with 11 homers and 58 RBI’s as he battled a wrist injury. Kevin Pillar also got some significant playing time and chipped in 15 home runs along with 47 RBI’s, but he hit only .231

Check back tomorrow as the Season in Review series continues with a look at the Mets’ starting pitching!