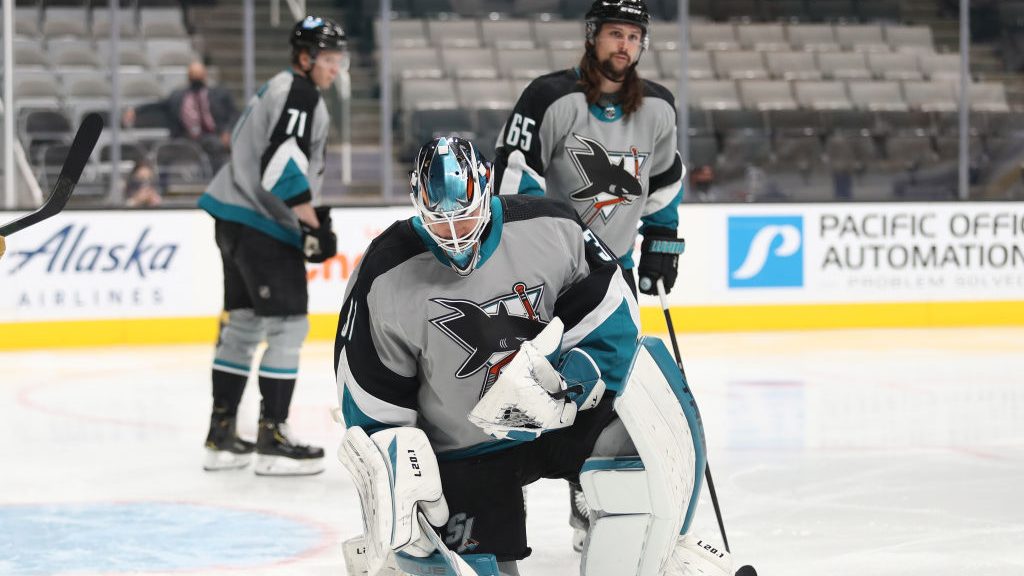 Undeniably the vibes surrounding the Sharks are not good. The multitude of dramas from Kane, the disappointment of mediocrity for the veteran core, the troublesome string of goaltending amidst, the amount of cap and term tied to waning talents, all combine to truly give a sense that all the walls are closing in on this group. Before the Couture injury last season the Sharks’ record was not terrible, but we’ll see if they can reach that level of play or beyond now that he’s healthy. Hertl and Meier return as good too 6 options, a group that will be looking for the unproven Barabanov and 2021 1st round pick William Eklund. Eklund could surprise by being the first player in his draft class to play a significant role in the NHL, as he was able to do in the SHL last season. There is a visible overall quality to his game, as he’s able to leverage a combination of vision and positioning, puck handling and passing skills, and a high level of stick checking into strong transition game offensively and defensively. Bonino is an addition I really like, a strong bottom 6 centre option that really solidifies the lower portion of the lineup where younger options like Gregor look to cement a role. Jonathan Dahlen makes his return to the NHL, and has a real opportunity to show he’s ready to transition after a few years of dominating the Allsvenskan. 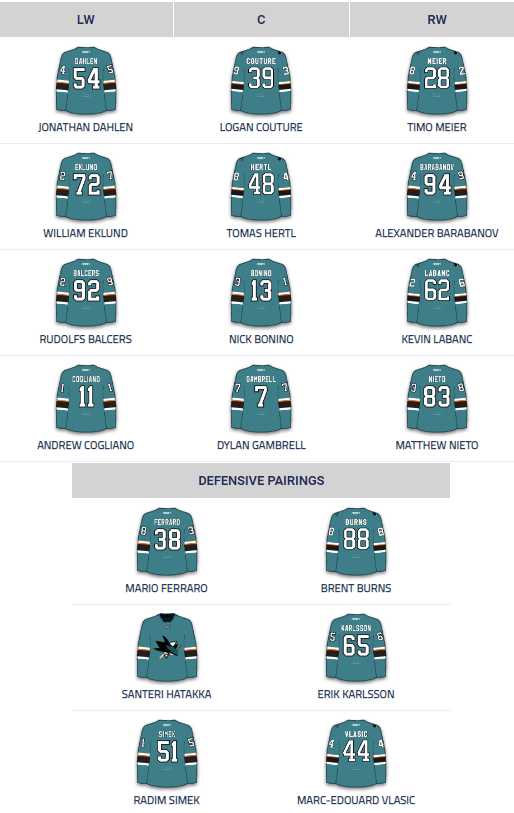 The conversation on the blueline has to start with Karlsson, Burns, Vlasic, and their contracts. The long term outlook on each is grim, but Karlsson and Burns have continued to bring a lot to the table, especially offensively where the Sharks are no doubt lacking some bite. Ferraro and Simek have done alright as partners for the aging stars, but among the things the Sharks will need to reach any semblance of a contender is the addition of a low cost top 4 defender. It’s easier said than done, either an impactful youngster or acquiring an unheralded player, akin to Devon Toews to the Avalanche or what the Jets have been able to do recently. I’m saying that although it seems the Sharks are stuck with these players for better or for worse, in a vacuum with a strong and sound defensive lineup there is a path to viability to getting viable results from a blueline that employs both Karlsson and Burns for at least another year.

The principal instrument of the Sharks downfall, vibes aside, is the quite frankly unacceptable level of goaltending. No doubt aided by poor defensive play, the tandem of Jones and whoever else has not allowed for things to go well in San Jose. The tandem of Reimer and Hill doesn’t inspire much confidence on paper, but is in theory a step forward. The team will need to be a lot stronger in front of them if there’s any hope for wins.

The Sharks aren’t without prospects moving forward, especially when it comes to offensive wingers like Guschin. Personally I had Eklund going 3rd overall, and thought the Sharks would do well to take a defender like Clarke or Edvinsson, or perhaps even the insanely productive goalie Jesper Wallstedt. All this to say, it would do well for the Sharks to add a franchise altering prospect with what looks to be a lottery eligible 1st round pick. Any hope of re-igniting this core lies with injecting a new wave of youth and skill into the roster.