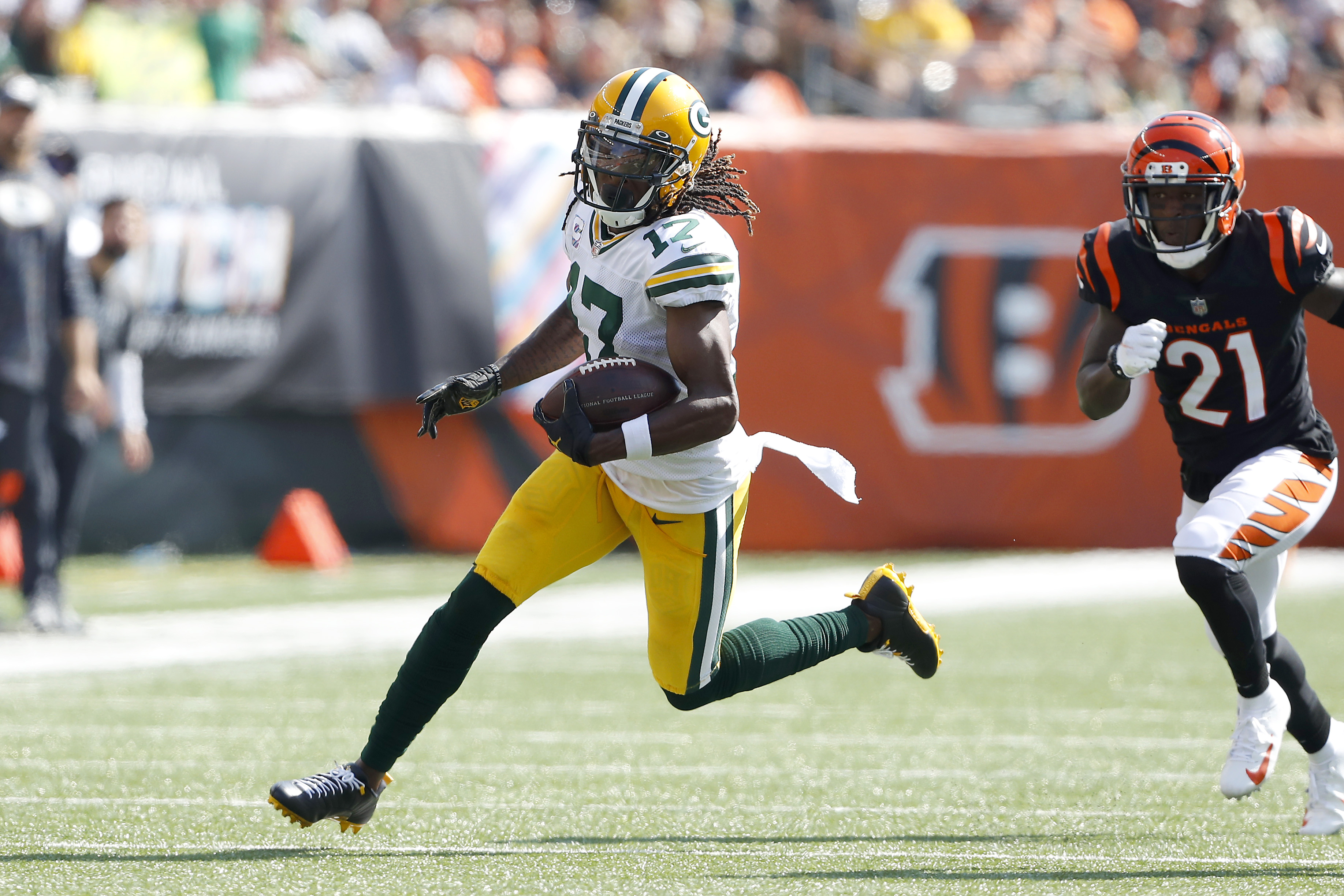 Mason Crosby got redemption from a difficult day and kicked the game-winning field goal in overtime as the Green Bay Packers edged the Cincinnati Bengals 25-22. The usually reliable Crosby missed three field goals and an extra point earlier in the game before coming through with the winner.

The win improved the Packers record to 4-1 on the season and they stay a game ahead of the Bears and in first place in the NFC North.

Here are 10 things we learned from the Packers victory over the Bengals:

Earlier in this game, Crosby had extended his consecutive field goal streak to 27 dating back to the 2019 season. But late in the game, Crosby missed a 36-yard field goal with 2:12 left in the fourth quarter. He later missed a 51-yard attempt at the end of regulation and missed a 40-yard try in overtime after De’Vondre Campbell’s clutch interception.

Crosby also missed an extra point on the Packers first touchdown early in the second quarter. Obviously, if the kicker made any of these tries, the Packers would have won the game.

But with 1:55 left in overtime, Crosby hit from 49 yards and the Packers were winners.

Crosby hadn’t had a tough game like this since 2018 when he missed an extra point and four field goals in the Packers 31-23 loss in Detroit. If this shaky game means Crosby won’t have another disastrous outing like this for another three years, I think the Packers will sign on for this one.

In the end, despite the difficulties, the Packers won the football game and Crosby kicked the game-winning field goal. Hopefully, that helps him regain his confidence.

The Packers All Pro wide receiver had another monster game, catching 11 passes for a career-high 206 yards and a touchdown. His previous career best game came last season against the Texans when he had 196 yards.

Adams was effective at finding seams in the Cincinnati zone and then managed to catch a 59-yard bomb early in the fourth quarter that set up another field goal by Crosby.

If the Packers need to throw short, Adams is reliable and can gain extra yards after the catch. He can beat man coverage and double coverage and has excellent chemistry with Rodgers.

Packers fans should enjoy watching a player playing at the top of his game right now and hope that the team finds a way to keep Adams in Green Bay beyond the 2021 season.

Campbell continues to be extremely effective in the middle of the Green Bay defense. For the first time in several years, the Packers have an inside linebacker who reads plays well, has the speed to cover receivers out of the backfield and is a sure and reliable tackler.

Campbell intercepted Joe Burrow in overtime to set up a field goal attempt for the Packers that could have won the game. That gives the former University of Minnesota star three turnovers in the last four games.

He also tied for the team lead in total tackles again on Sunday with eight, had one tackle for loss and one pass broken up despite missing several plays when he was shaken up earlier in the game.

Campbell has been an excellent addition to the Packers defense and has supplied solid leadership while calling the signals on defense as well.

The performance was far from perfect, but the Jaire Alexander-less Packers secondary held up for most of the game and helped the team secure the win.

Kevin King was back in the lineup after missing the last two games with a concussion and King was not beaten badly for any long passes as fans feared might be the case. In fact, he played a solid game when the team needed him most.

The one long bomb to Ja’Marr Chase that resulted in a 70-yard touchdown just before the half was a play that saw Darnell Savage get beat deep.

Overall, the Packers held the Bengals to 264 net yards passing which is even better when you take into consideration that the game went to overtime and that 70 yards of it came on the one deep touchdown pass.

Obviously, tougher tests await on the schedule but for this one game, the banged up Packers secondary was effective enough to earn the victory.

Aaron Rodgers threw for two touchdown passes to give him 422 for his career. That got him out of a tie with Dan Marino and helped him pass Philip Rivers to move into fifth place in NFL history in that department.

All of Rodgers touchdowns have come in a Packers uniform. He needs 20 more touchdowns to tie Brett Favre for first place in Packers franchise history which if he has a strong finish could happen this season.

The Packers running game had struggled through the first four weeks although it seemed to be getting a bit better with every game.

Against the Bengals tough run defense, the duo of Aaron Jones and A.J. Dillon finally broke out. Although the Packers abandoned the running game for several stretches of the game, the team gained 133 yards on 22 carries for a healthy 6.0-yard average.

The key play was a 57-yard scamper by Jones in the fourth quarter that set up one of Crosby’s late field goal attempts.

The more chances he gets, the more we can see that running back A.J. Dillon is a better receiver than advertised coming out of college.

Most scouts weren’t sure if the former Boston College star could catch the ball well because he was rarely asked to do it at BC.

But in this game, Dillon had four catches for 49 yards which ranked him second on the team behind Adams in both categories. He also caught his first career NFL touchdown pass and had a 24-yard gain on one of his catches as well.

It’s more than the number of catches but how dangerous Dillon can be when you get him the ball in space. Dillon is very agile for a 250-pound back and his ability to run after the catch and gain more yardage and to run patterns beyond a simple screen or check down make him an even better weapon in this offense.

Clark had another strong game in the middle of the Green Bay defensive line. The UCLA alum made six total tackles including two of the team’s five tackles for loss.

Clark had a favorable matchup in this game because the Cincinnati offensive line was struggling with injuries but Clark took full advantage and that’s what you need from your best players on both sides of the ball.

The Packers offensive line continues to get the job done despite a rash of injuries. Elgton Jenkins was unable to go so Yosh Nijman had to start for the third straight game at left tackle. Center Josh Myers was also held out of the game so Lucas Patrick got the nod at center.

Despite yet another new offensive line combination, Rodgers was sacked only twice and hit only five times despite taking more longer and deeper drop backs than he has in recent weeks.

In addition, the Packers averaged 6.0-yards per carry on the ground thanks to some strong blocking up front.

This wasn’t a flawless performance by the o-line, but they were good enough to get the job done on the road in front of a hostile crowd.

It wasn’t pretty and parts of this game were frustrating, but the Packers found a way to earn a tough road win. The Bengals are improving and gave the Pack all they could handle.

The Packers were playing without their two best offensive linemen, their starting center, their best cover corner and their best pass rusher and their kicker had his worst game in at least three years but they still found a way to win.

That says something about the character of this football team.