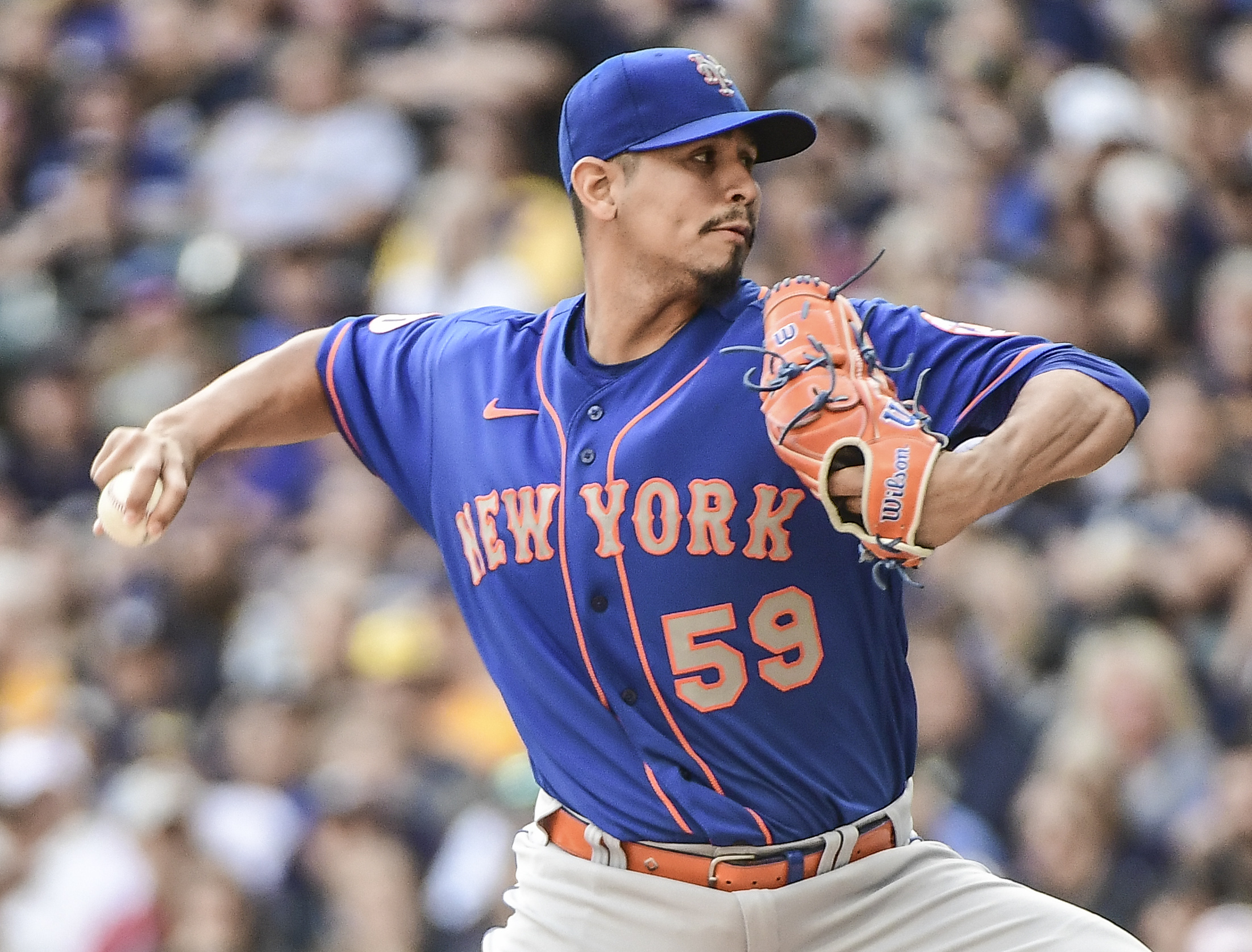 Now that the 2021 season is over for the New York Mets, we will spend the next several weeks taking a look at the big picture. This deep dive will be broken down into phases every weekday, continuing today with a look back at the questions we had about the Mets at the start of the second half.

The Season in Review series is well underway here for the New York Mets, who missed the postseason after finishing just 77-85. That record is remarkably disappointing since the Mets hit the All-Star Break at 47-40 with a solid lead in the National League East, which was completely washed away by going 30-45 after the break. Let’s take a look back at the questions we asked at the start of the second half to see if we can attempt to identify what went wrong.

A big reason that the Mets haven’t been able to separate themselves from the rest of a mediocre National League East has been their mediocre offense. The Mets have scored the second-fewest runs in the league at this point due to a combination of injuries and poor performance from players like Francisco Lindor and Michael Conforto.

The health has improved for the Mets but they need their stars to start performing up to their potential now. If the Mets’ bats can’t get going it will be very difficult for them to pull away from the pack and make the playoffs.

The bats never did wake up consistently, struggling to hit both for average and power as the Mets’ season-long struggles with runners in scoring position continued. The fact that the offense never woke up is the top reason that the Mets failed to make the postseason.

2. What will the Mets do at the deadline?

There is no question that the Mets will be buyers but it remains to be seen how aggressive the front office will be with this year’s team. There are clear needs in both the starting rotation and bullpen while the offense could use a boost at third base.

The Mets have been linked to names both big and small but the argument can be made that landing a big slugger like Kris Bryant would do wonders for this team. Bryant can be a king-maker in the NL East if the Mets land him or he could cause them a ton of issues if he lands in Washington or Atlanta instead.

If the Mets’ moves prior to July 31 are factored in the team’s total haul was starting pitcher Rich Hill, infielder Javier Baez and starter Trevor Williams. All three made solid impacts for the Mets, with Baez going on to have a tremendous second half, but there simply weren’t enough moves to fortify a team that was in need of a ton of help to stay afloat against a tougher schedule.

3. What can Carlos Carrasco give the Mets?

The Mets have a potential answer to some of their rotation problems on the mend as Carlos Carrasco works his way back from a hamstring injury. Carrasco is heading out on a rehab assignment but may only stay there for a start or two if the Mets opt to finish stretching him out at the big league level.

There has never been a question of Carrasco’s ability since he was a tremendous pitcher for the Indians, making his addition in the Lindor trade a pleasant surprise. The Mets have gotten zero return on that portion of their investment thanks to Carrasco’s injury but if he can resemble his old form by mid-August their rotation could be very dangerous.

The Mets rushed Carrasco through his rehab assignment to get him up to the big leagues and it predictably didn’t work out. Carrasco went 1-5 with a 6.04 ERA in 12 starts and had a ton of trouble in the first inning, surrendering 18 of the 39 earned runs he allowed in the opening frame. There were flashes of the old Carrasco, however, that leave the Mets with optimism that he will be fine with a healthy 2022 spring training.

4. Will anyone else in the NL East give the Mets a challenge?

A big reason that the Mets have been able to maintain first place in the division is the collective underachievement of the rest of the teams in the NL East. Atlanta has been hurt a lot by injury and has underachieved, Philadelphia’s bullpen has cost it plenty of games and Washington is a top-heavy bunch that lost one of its biggest bats in Kyle Schwarber while getting next to nothing from Stephen Strasburg and Patrick Corbin this season.

The Mets have already played four series each against the Braves and Phillies while they have seen the Nationals three times, limiting the potential damage each of those teams can do head-to-head. If one of those teams gets hot, however, the Mets will have to actually work hard to win this division.

The Mets failed to put away the Braves and Phillies, allowing both the confidence to add at the trade deadline. Atlanta got red-hot in August, surging past the Mets and never letting the division get within striking distance down the stretch. Philadelphia also lapped the Mets, leaving New York with a disappointing third-place finish.

5. How do the Mets handle the pressure of a pennant race?

Aside from Lindor and a handful of others, there are very few Mets with meaningful experience in a playoff race. The closest experience that the Mets had recently was in 2019 when they made a spirited charge up the standings in August only to see their hopes dashed when they suffered a brutal six-game skid at home against the Braves and Chicago Cubs.

These Mets have an advantage of playing from the lead but they still have to pick up a significant number of wins to get into the postseason for the first time since 2016. This group has demonstrated a ton of moxie all season long and time will tell if it will help guide these Mets through the dog days of summer and into the thrill of October baseball.

The Mets wilted under pressure, notably collapsing against the Los Angeles Dodgers and San Francisco Giants during a 13-game stretch in August that broke their season. The two NL West heavyweights went 11-2 against the Mets, who took a punch to the gut and never responded despite the fact the race appeared to be coming back to them in early September. The way that the roster couldn’t handle the pressure of the race all but guaranteed major changes will be coming to Queens this winter.

Check back tomorrow as our Season in Review series continues with a look at the 2021 team MVP!