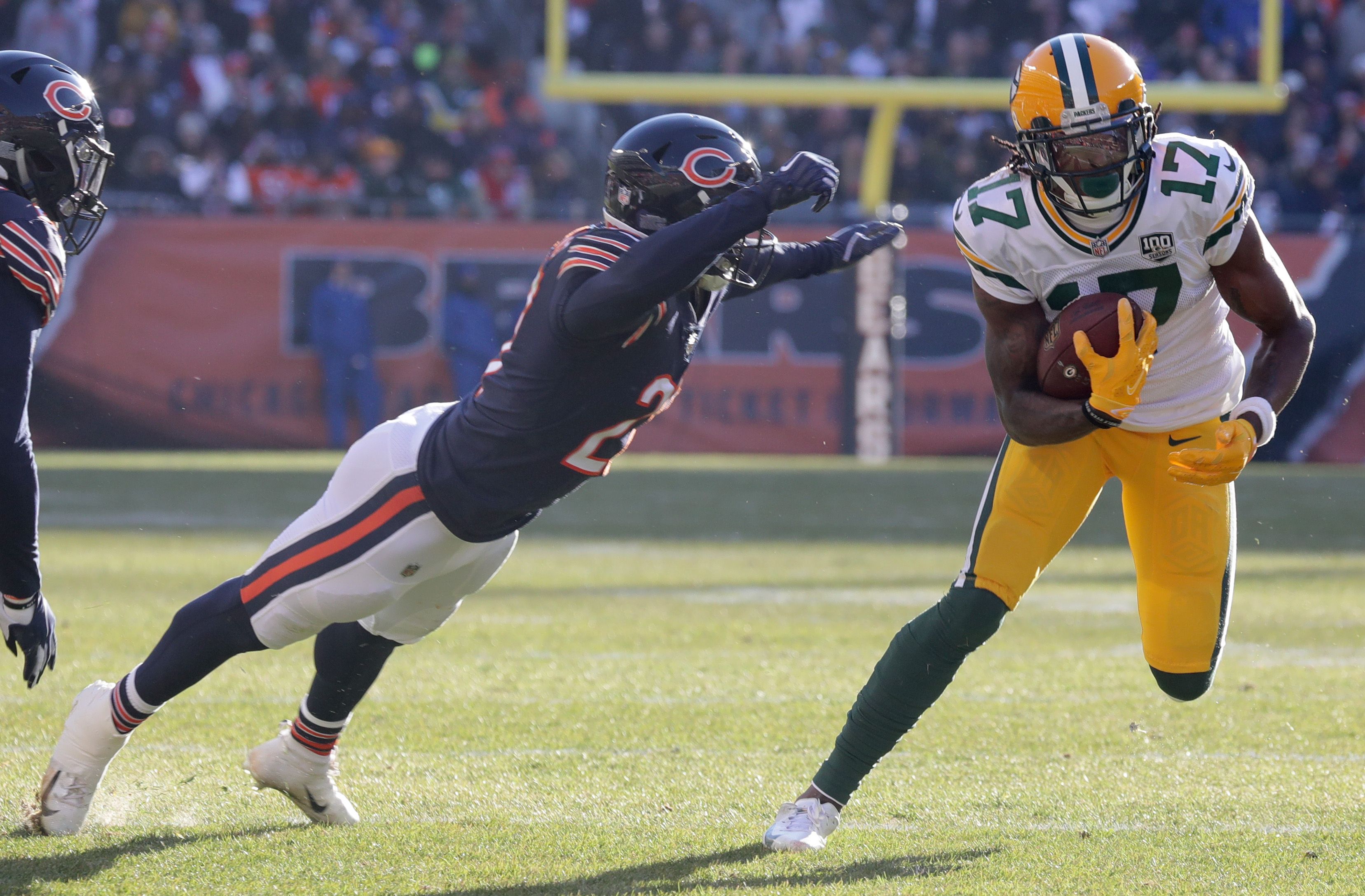 The Green Bay Packers visit the Windy City for a Week 6 showdown with their oldest rivals, the Chicago Bears. The Packers enter the game with a 4-1 record and are in first place in the NFC North after last week’s 25-22 victory over the Bengals. The Bears are 3-2 after last week’s 20-9 win over the Las Vegas Raiders.

The Packers lead the all-time series by a 100-94-6. This series started in 1921 when the Bears were known as the Chicago Staleys. The teams have split their two postseason meetings. The Packers have won nine of the last 10 games between the clubs including four in a row. Last year, the Packers beat the Bears 41-25 in Green Bay and 35-16 in Chicago.

Here is a look at six key factors that will determine who wins Sunday’s game in Chicago:

Chicago has the worst passing offense in the NFL statistically. That means their offense is predicated on their ability to run the football which keeps Aaron Rodgers off the field and allows rookie Justin Fields to face manageable third down situations.

Chicago’s running game was led by David Montgomery but he is now on the IR. Damien Williams then stepped up and became the starter but Williams was placed on the Covid-19 reserve list on Thursday. Unless the cause was a false positive, he is unlikely to play on Sunday. That would leave rookie Khalil Herbert as their next option. The 5’9”, 204-pound Virginia Tech alum is averaging 3.9-yards per carry but has only run the ball 21 times for 82 yards.

The Packers rushing defense is allowing 4.3-yards per rush and is ranked 20th in the NFL in yards allowed per game. Kenny Clark has been a dominant player for the Packers thus far this season and he will be a key to the Packers run defense today. He has a mismatch against Chicago’s center, Sam Mustipher.

Inside linebackers De’Vondre Campbell and Krys Barnes have also been a big part of the Packers run defense.

If the Packers can limit the Bears running game, they can make Fields uncomfortable and take away the strength of the Chicago offense.

The Bears lead the NFL with 18 sacks through five games. Khalil Mack has returned to form and leads the team with five sacks although he hasn’t practiced through Thursday due to a foot injury. Robert Quinn is close behind with 4.5 and Roquan Smith is also a threat to pressure the passer. Akiem Hicks is nursing a groin injury and did not practice early this week. His status for Sunday’s game also remains up in the air.

The Packers offensive has been devastated by injuries but may get some of those players back. Elgton Jenkins has missed the last three games with an ankle injury. His return would give the Pack a boost at left tackle and help Green Bay protect Rodgers. Center Josh Myers is back to being a full participant in practice and could return Sunday as well.

Even if Jenkins and Myers return, the Packers will need to include a heavy dose of shorter, quick-release passes to keep the Bears pass rush from getting too many chances to pressure Rodgers. If Rodgers has time to throw, he can pick apart the Chicago secondary.

The Packers have had difficulty stopping mobile quarterbacks for many years now and it’s something that has frustrated the coaching staff over the past decade. If the Packers are in man coverage, they often leave large areas of the field open for rushing quarterbacks to exploit.

Fields is fast and not afraid to run. He can evade pressure with his legs and to gain key first downs when flushed out of the pocket. The Packers defense cannot let the rookie quarterback beat them with his legs.

The pass rushers don’t have to sack Fields, but they do need to get pressure on him to force him into errant throws and bad decisions.

Preston Smith and Rashan Gary have been the primary pass rushers for the Packers although Clark and Kingsley Keke have also gotten pressure on opposing passers.

Chicago’s offensive line has allowed 18 sacks through five games. Fields has a tendency to hold onto the ball for a long time which doesn’t help his offensive line. The Packers should be able to get some pressure on Fields on Sunday.

When the Packers run the football enough and run it adequately, they usually win. The one-two punch of Aaron Jones and A.J. Dillon can beat opponents in so many ways. Jones is more of a home-run threat who can get outside and turn a short run into a long gain as he did last week against the Bengals. Dillon is more of a hammer inside who is difficult to tackle because of his combination of size and quickness.

With the speed of the Chicago defense, the Packers may have more success running Dillon between the tackles rather than Jones wide, but Matt LaFleur and Nathaniel Hackett must figure out which back is more effective and then ride them.

If the Packers can force the Chicago defense to honor the threat of the run, they can set up quick passes, play-action passes and help neutralize the potent Chicago pass rush.

Both Jones and Dillon have been effective receivers out of the backfield for the Packers this season and both should have favorable matchups against a Chicago secondary that is vulnerable against the pass if their pass rush doesn’t get there.

Jones can be a dangerous receiver as he proved against the Lions when he caught three touchdown passes in one game.

Dillon had a big game against the Bengals as a receiver and showed he can do more than just catch screens and check down passes.

Tight end Robert Tonyan may also should have some favorable matchups this week if he isn’t asked to help block so often. The return of Jenkins and Myers to the offensive line should help.

The Packers secondary is banged up and must prevent the Bears from making big plays. Jaire Alexander is still on IR. Kevin King did not practice Wednesday or Thursday due to a shoulder injury and his status for Sunday remains in doubt.

That means rookie Eric Stokes will start on one side with Isaac Yiadom, Shemar-Jean Charles and Rasul Douglas all available on the boundary while Chandon Sullivan continues to work the slot.

Fields is not a very accurate quarterback at this early stage of his career and he has only completed 51.4 percent of his passes this season. But Fields has a strong arm and is not afraid to throw deep. The Packers lack experience in the secondary and lack cohesiveness as so many new parts have been thrust into larger roles due to injury.

The Packers cannot allow the Bears to make big plays and get quick scores which would give them points and increase their confidence on Sunday.

This is a critical game for the Packers within the NFC North. If Green Bay wins this game, they will have a two-game lead in the division. If Chicago wins, they will be tied with the Packers for first place at 4-2.

The Bears offense is inconsistent and I can’t see them outscoring the Packers in this one without the defense either scoring or giving the offense some short fields.

Rodgers will find a way to get just enough done for a big road win.