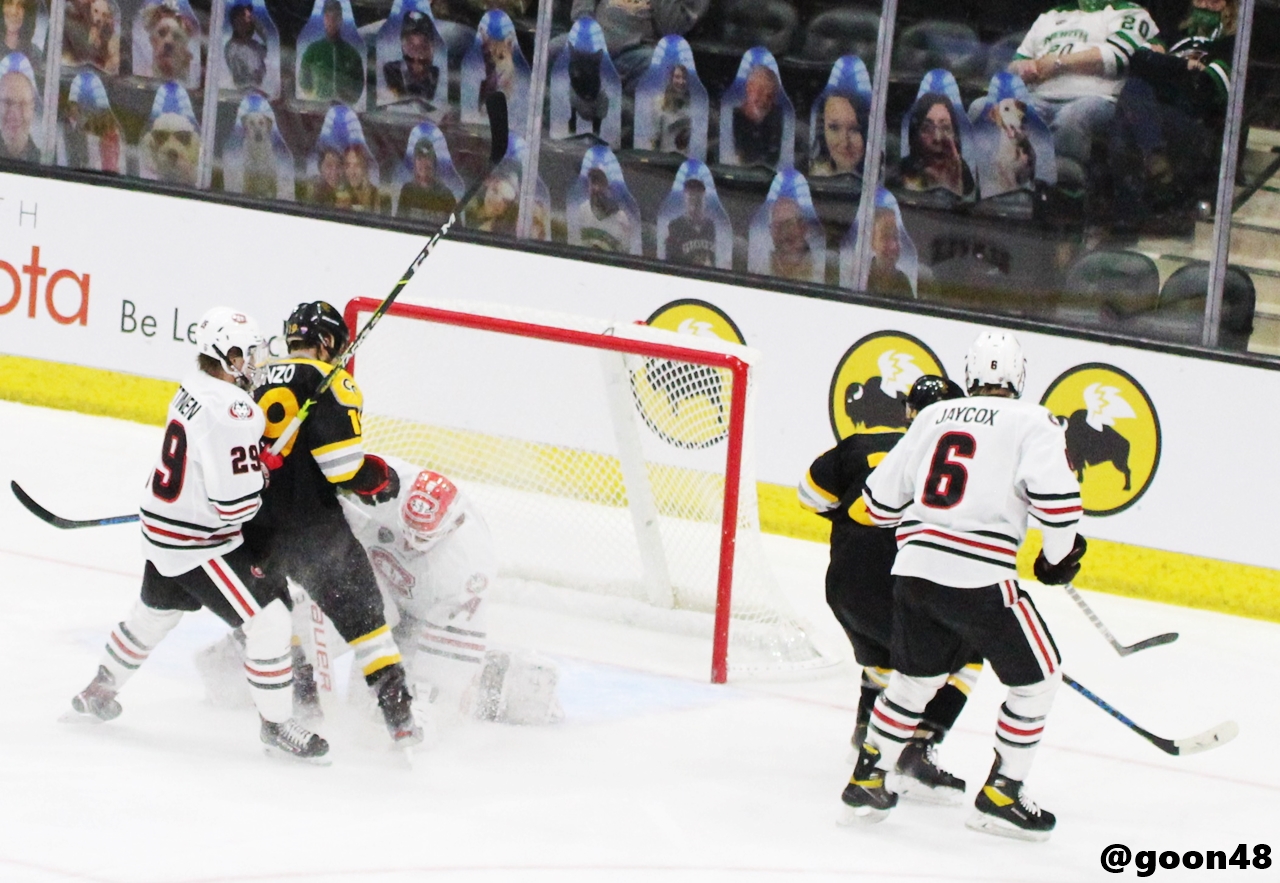 There was an egregious non-call that led to the Gophers game-winning goal.

While skating with the puck behind the Huskies net, SCSU’s Nick Perbix was yanked down by Gophers forward Blake McLaughlin. For a split second, McLaughlin looked like he expected to be penalized and kind of hesitated for a second. However, there was no call on the play and McLaughlin continued on. Play to the whistle, right? McLaughlin passed the puck to Walker who deposited the puck behind SCSU senior goalie Dave David Hrenak. Needless to say, Husky fans aren’t happy. I don’t blame them either. This was a horrendous non-call.

For those that were wondering, the two officials that officiated this game; NCHC officials Tom Sterns and Sterling Egan.

Here’s the goal in question.

Blake McLaughlin (#FlyTogether) steals the puck with what should be a penalty and then sets Sammie Walker (#GoBolts) up in front for the overtime goal.

Minnesota wins 4-3 in overtime, regrettably, on perhaps the worst non-call I've seen in some time. I feel for St. Cloud State. pic.twitter.com/DWu1G4DElD

Now watch the video from the “official” Minnesota Gophers Twitter feed, the play looked normal and without any controversy. However, that’s not the case. Why would they edit the non-call from the video? Own it.

I find it funny that Minnesota edited out the controversial no-call. https://t.co/n73UrEzEJ0

“It was a dive at the end. The kid, he knows he dove,” Motzko said of Perbix. “But if you’re going to call it he should’ve called two and two (for holding and embellishing). I felt we deserved to win that game. I know it’s going to be controversial how it played down, but it played out the way it was supposed to tonight.”

If this was a dive, then the officials should’ve blown the play dead and thrown both players in the penalty box.