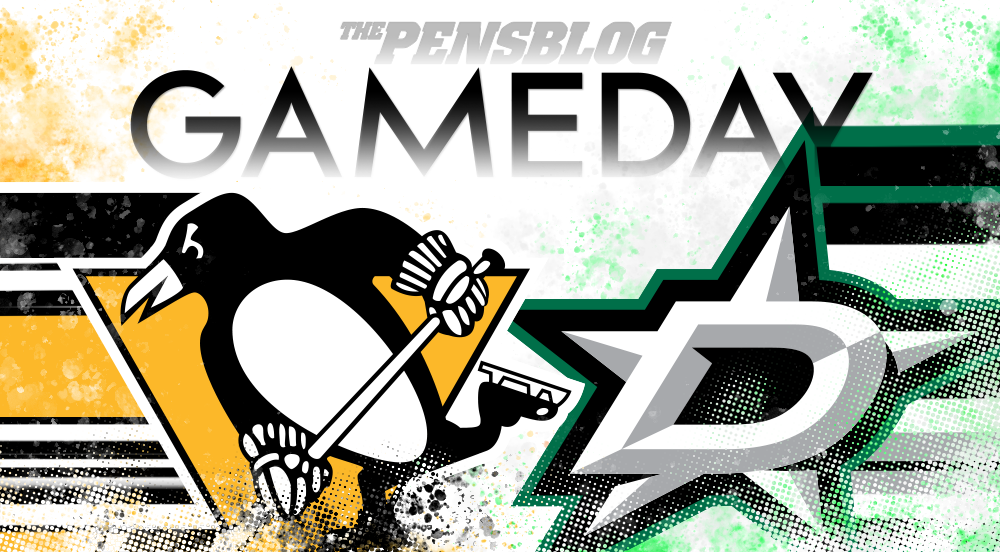 The Penguins host the Stars on Tuesday night at PPG, looking to continue their streak without a regulation loss to start the young season.

Mike Sullivan moved into 1st in franchise history for wins as a head coach with a victory over the Chicago Blackhawks on Saturday night, one in which the Penguins lit the lamp four times behind their winningest goalie in franchise history, Marc-Andre Fleury before coasting to an easy win.

Danton Heinen has a goal in each of the team’s three games this year, showing the savviness of Ron Hextall’s flea market flip of an offseason. Sullivan had high praise for Heinen as well as the power play group in the morning presser.

The Penguins will continue to be without Sidney Crosby and Evgeny Malkin, but having collected 5 of 6 points thus far, it hasn’t yet proven to be an issue.

Bryan Rust is week-to-week with a lower body injury, as well. Mike Matheson rejoins the Penguins’ lineup to solidify the back end.

The Stars are off to a 1-2-0 start to the year. They’ve mustered less than 2 goals per 60 minutes of play across those three games, winning the season opener in overtime against the Rangers, then dropping each of their last two, to Boston and Ottawa as they swing down the East Coast.

The Stars 6 goals this year have come from 6 different players, paced in points by Radek Faksa who has posted 3 points (1G, 2A) on the year. Tyler Seguin has yet to record a point, and the first line has failed to register a goal yet this year.

Familiar face Braden Holtby will tend the twine for the Stars.