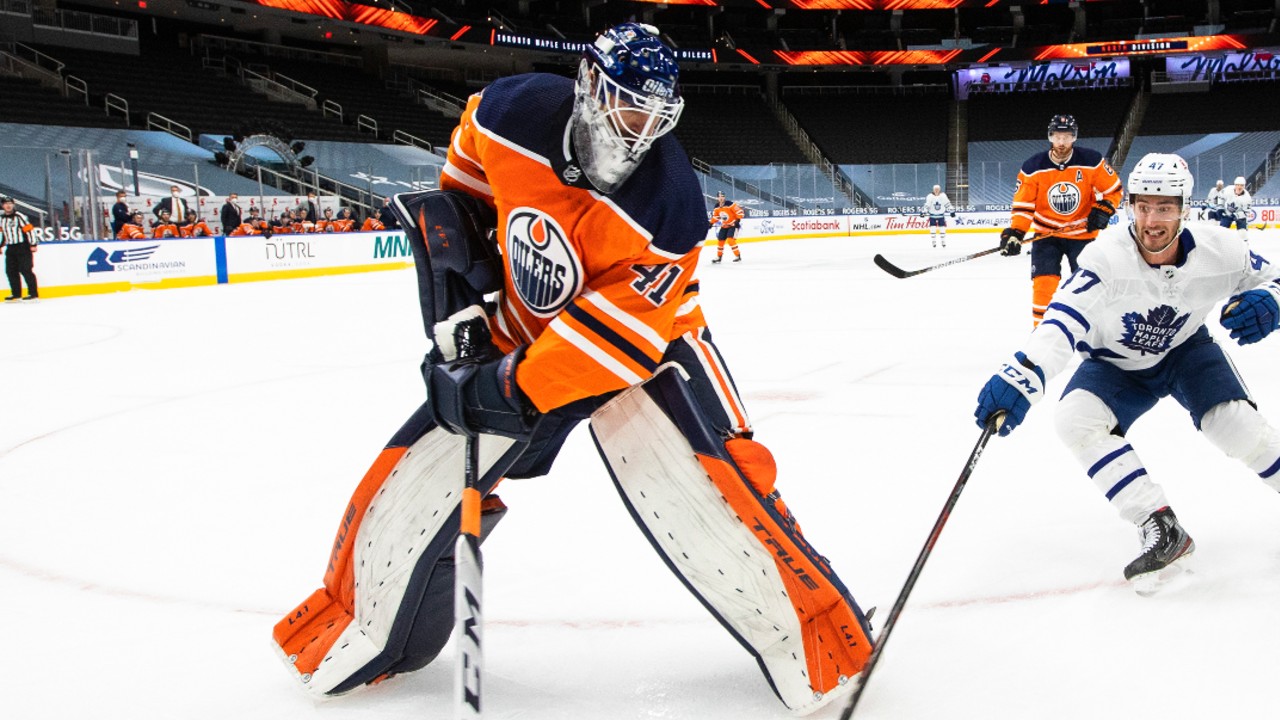 Starting Goalie Mike Smith was injured on Tuesday night’s game against the Anaheim Ducks, leaving part way through the game. Stuart Skinner was called up from AHL Bakersfield and will likely see a start with the Oilers playing a back to back on the road, in Arizona on Thursday and Vegas on Friday.

An IR designation means Smith will be missing at least 14 days as a timeline for a potential return is formalized, so the onus will be on Koskinen and Skinner to carry the load for at least that amount of time. Smith appeared to be uncomfortable after an awkward save attempt on Sam Steel’s 2nd goal of the night. Unfortunately we’ve seen both the good and bad of what we might have expected from Smith, between his strong play and Father Time.

Meanwhile, if there’s a silver lining it’s that Stuart Skinner will have a chance at some well earned NHL action, as he was excellent as the starter for a very strong Bakersfield team last season, and sports ridiculously good numbers through 2 games this season. At 22 years old there’s still a lot of road in front of him, aka lots of runway for the hype train, but many goalies don’t make the jump to starting until ~28, so anything beyond promising signs at this point will be found money. He won his lone NHL start, allowing 5 goals on 33 shots last season. The only way Skinner can prove he’s ready for the next level is to get the chance, so it goes without saying it’s a big 2 weeks (or so…) for the young netminder.

Of course, Koskinen is likely the favourite to see most of the starts, especially out of the gate. Everyone is hoping Smith is back to full health soon, but at least the Oilers have a potential answer for this unfortunate set of circumstances. With Stalock already lost for the season, the Oilers are already down 2 goalies, so any further injuries or complications might necessitate a move of some kind, likely a depth goalie for a low cost.