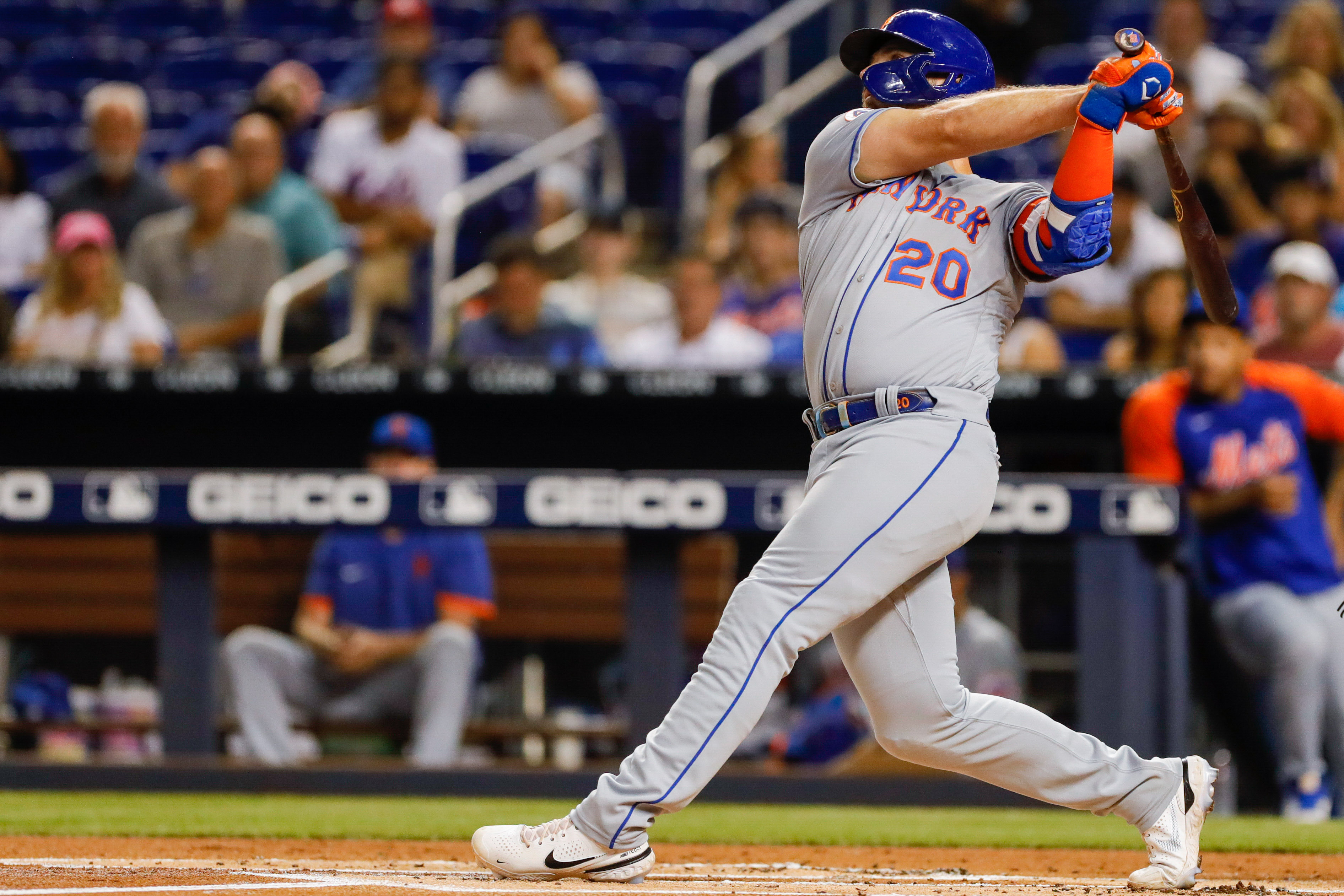 Now that the 2021 season is over for the New York Mets, we have been looking back at the year that was. After taking a more general view of the offense, pitching, and coaching staff, it’s time to take a deeper dive into the Mets’ players. This series will take a look at every player on the roster for the Mets at the end of the season from A (Albert Almora Jr) to Y (Jordan Yamamoto). The review will look at their season statistics, stories, and what role (if any) they will have next season. We continue the series today with a look at first baseman Pete Alonso.

Story: After a bit of a sophomore slump in 2020, there were questions about how much of Pete Alonso’s Rookie of the Year performance from 2019 was legitimate. Alonso got off to a so-so start before landing on the injured list in May after getting hit on the hand with a pitch in St. Louis, which impacted his ability to hit for power. The injury kept Alonso out for the minimum 10 days and the break proved to be good for him as Alonso returned and started mashing.

Alonso’s most memorable moment came at the All-Star Break when he put on a show at Coors Field to win his second straight Home Run Derby, cementing himself as the most electrifying power hitter in baseball. The momentum from that win carried over to the second half for Alonso, where he hit .275 with 20 home runs, 45 RBI’s and a .921 OPS to become the most dangerous hitter in the Mets’ lineup down the stretch.

Any questions that existed about Alonso prior to this season were answered as he put up electrifying numbers once again. There is no doubt that Alonso was the Mets’ best offensive player in 2021 and is a key foundational piece for the franchise going forward.

There is no doubt that Alonso will be back in 2021 as one of the few sure things in the Mets’ lineup at this point. The big question that will surround Alonso this offseason will concern whether or not the Mets try and sign him to a long-term contract extension now that Alonso is hitting arbitration for the first time.

Check back tomorrow as our Player Review series continues with a look at infielder Javier Baez!