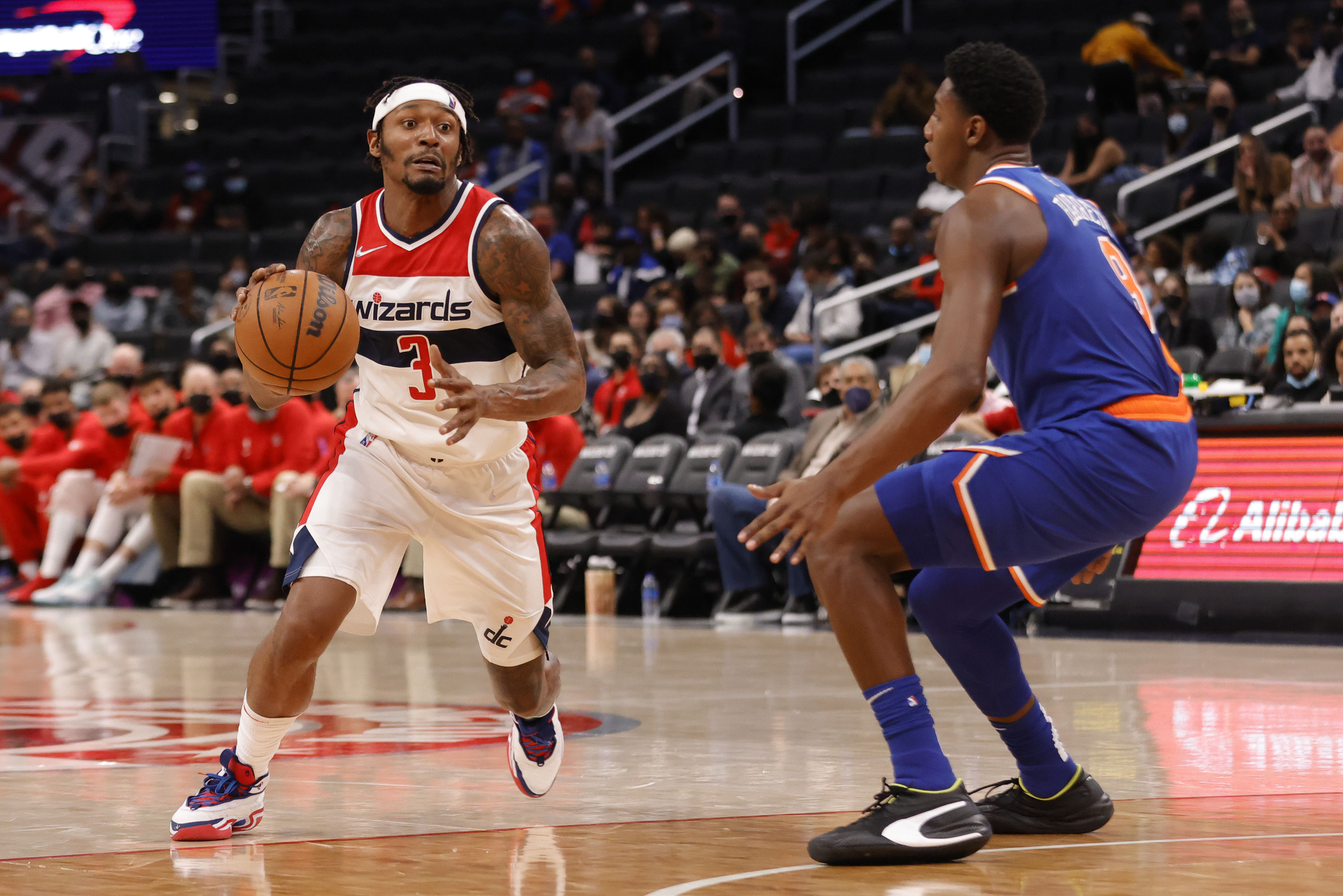 Bradley Beal on the potential of the 2021-22 Wizards:
“I think we have a high ceiling. When we get guys healthy and get TB (Thomas Bryant) back, get Rui (Hachimura) back in there and acclimated, I think we will be really, really good. Obviously we want to make it to the playoffs and have home court, that goal is not just for us but everybody in the league, obviously. I think we could be that caliber team, obviously we’re not there yet we still have a lot of work to put in, we still gotta develop our continuity on the floor but we have it… We’re figuring it out. It’s not going to be an overnight success-type story. We’re gonna grind it out for sure.”

Daniel Gafford on the mental aspect of the game of basketball:
“Once you come to yourself and figure out the things you need to do to be able to take that step into the player or character or any type of person that you want to be, it’s always mental. Seeing the times- I always used to watch film, and seeing the times that I had a chance to take that shot, if I’m ever in that position again, just thinking about it over and over again, I’m always going to take that shot from now on. As you can see in last game, I took a jump shot and made it. That’s something that’s been rare in my career in general. … I finally rubbed that dirt off, took the edge off and actually just stepped into he player I want to be and just actually took the shot.”

Wes Unseld Jr. on the importance of communication and how Gafford is working on it:
“Whether he’s up to touch, whether he’s in a drop, whether he’s switching, just the early talk, we preach early, loud, continuous. I think that’s where sometimes he’s a step behind, calls it late, now there’s a contact on the screen, the small gets cracked, that just starts the snowball effect. But getting him to understand, ‘What is my job in this situation?’ communicating that early so that all five guys are on the same page – he’s still improving in that area, but I think he’s got to take that to another level.”

Tommy Sheppard on the Daniel Gafford extension:
“We’re very excited to extend Daniel’s contract and continue to see him develop within our system after his athleticism on both ends of the floor made such an immediate impact last season. We are confident that he has the character and drive to keep working hard to improve his overall game and become an even bigger part of what we are building with our team.”

Wes Unseld Jr. on how practices and games evolved over the preseason:
“It’s not perfect but every practice seems to get a little tighter. Every game seems to get better. It’s just a matter of doing it for longer stretches.”

Deni Avdija on his road back from injury and entering his sophomore NBA season:
“I think I did a pretty good job… I’m ready to get my body going and I think I also trust the guys around me, the training staff and all the guys that work with me every day. They want the best for me so I’m trusting on them and every word they see. As you see, we went through a great training camp, I’m pretty much ready to start the season good.”