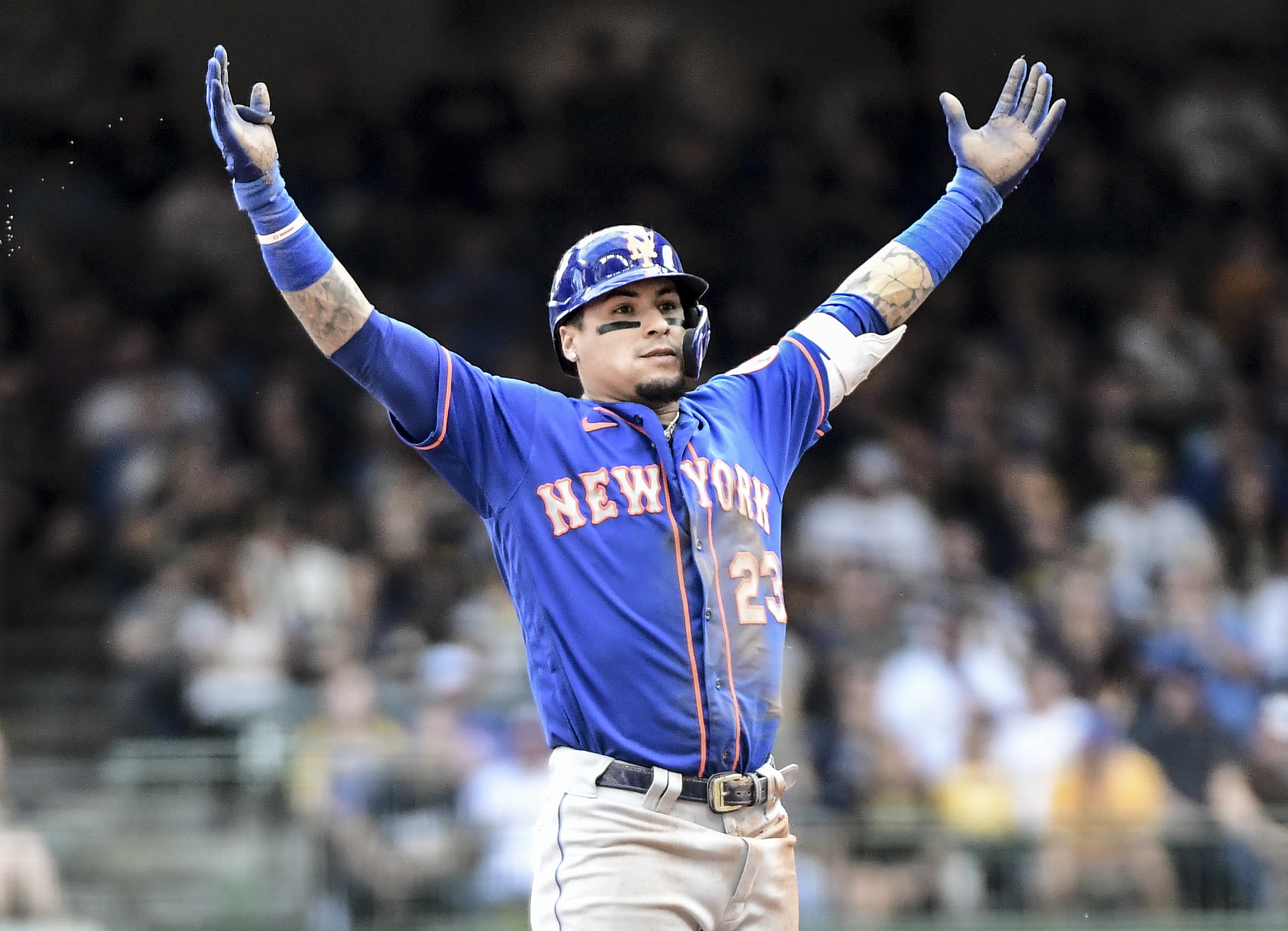 Now that the 2021 season is over for the New York Mets, we have been looking back at the year that was. After taking a more general view of the offense, pitching, and coaching staff, it’s time to take a deeper dive into the Mets’ players. This series will take a look at every player on the roster for the Mets at the end of the season from A (Albert Almora Jr) to Y (Jordan Yamamoto). The review will look at their season statistics, stories, and what role (if any) they will have next season. We continue the series today with a look at infielder Javier Baez.

Story: Javier Baez began 2021 with the only organization he has ever known, the Chicago Cubs, amid rumors surrounding his walk year. Reports emerged that Baez turned down a contract extension prior to the 2020 campaign, making it all but inevitable he would test the free-agent market after the season. The Cubs got off to a fast start but faded fast in June, leading to a massive sell-off that saw them shop nearly all of the key contributors remaining from their 2016 World Series title winner.

Baez became a target for the New York Mets after Francisco Lindor suffered an oblique injury in mid-July and landed in New York at the deadline alongside Trevor Williams in exchange for top prospect Pete Crow-Armstrong. The Mets started out with Baez as their shortstop but he suffered a back injury that forced him to land on the injured list right before the team’s critical 13-game stretch against the Los Angeles Dodgers and San Francisco Giants, resulting in Baez missing nearly all of those games.

Baez returned in late August and shifted to second base alongside Lindor but found himself in the center of a firestorm after telling the media that the team’s new “thumbs down” celebration was a way to boo the fans who were booing them. The explanation didn’t go over well for Baez, who apologized publicly for his role in it, but all started to be forgiven as Baez got red hot over the final month of the season.

Baez was clutch for the Mets, hitting .299 with nine home runs and 22 RBI’s in just 47 games, and came up with wow plays on a near-nightly basis. The most encouraging development for the Mets was that Baez demonstrated improved plate discipline in September, a trait that could unlock true superstar potential if he can maintain it over the long haul. The Mets ended up missing the playoffs despite Baez’s strong performance but his excellent end to the year gave the front office something to think about in terms of a potential new contract.

Things were rocky for Baez at the start of his Mets’ tenure but he did showcase some electrifying ability down the stretch. It wasn’t Baez’s fault that the Mets missed the postseason as he added much-needed right-handed balance to a lineup that was far too lefty-heavy for the majority of the season.

The thought when the Mets acquired Baez was that he would be strictly a rental but his strong performance down the stretch may have changed the equation. Baez has a lot of qualities that the Mets lack, such as speed, defensive ability and baseball instincts, while his friendship with Lindor certainly helped make Lindor feel more comfortable down the stretch.

The question here will be price since Baez has indicated he is willing to move off of shortstop to play alongside Lindor, something he wouldn’t do for other organizations. Baez will command a contract of at least five years at roughly $25 million a year, an investment that Steve Cohen would have no problem making but one that is complicated since it is unclear if Baez’s improved plate discipline is sustainable.

Without that improved plate discipline, Baez’s contract would be risky since his speed and defensive excellence could make the deal a bad investment later on if those skills regress much faster than hitting ability. The decision on whether to retain Baez is complicated and will be one of the first choices that the new front office will have to make since a huge allocation for Baez could influence how the rest of the roster is constructed.

Check back tomorrow as our Player Review Series continues with a look at relief pitcher Dellin Betances!