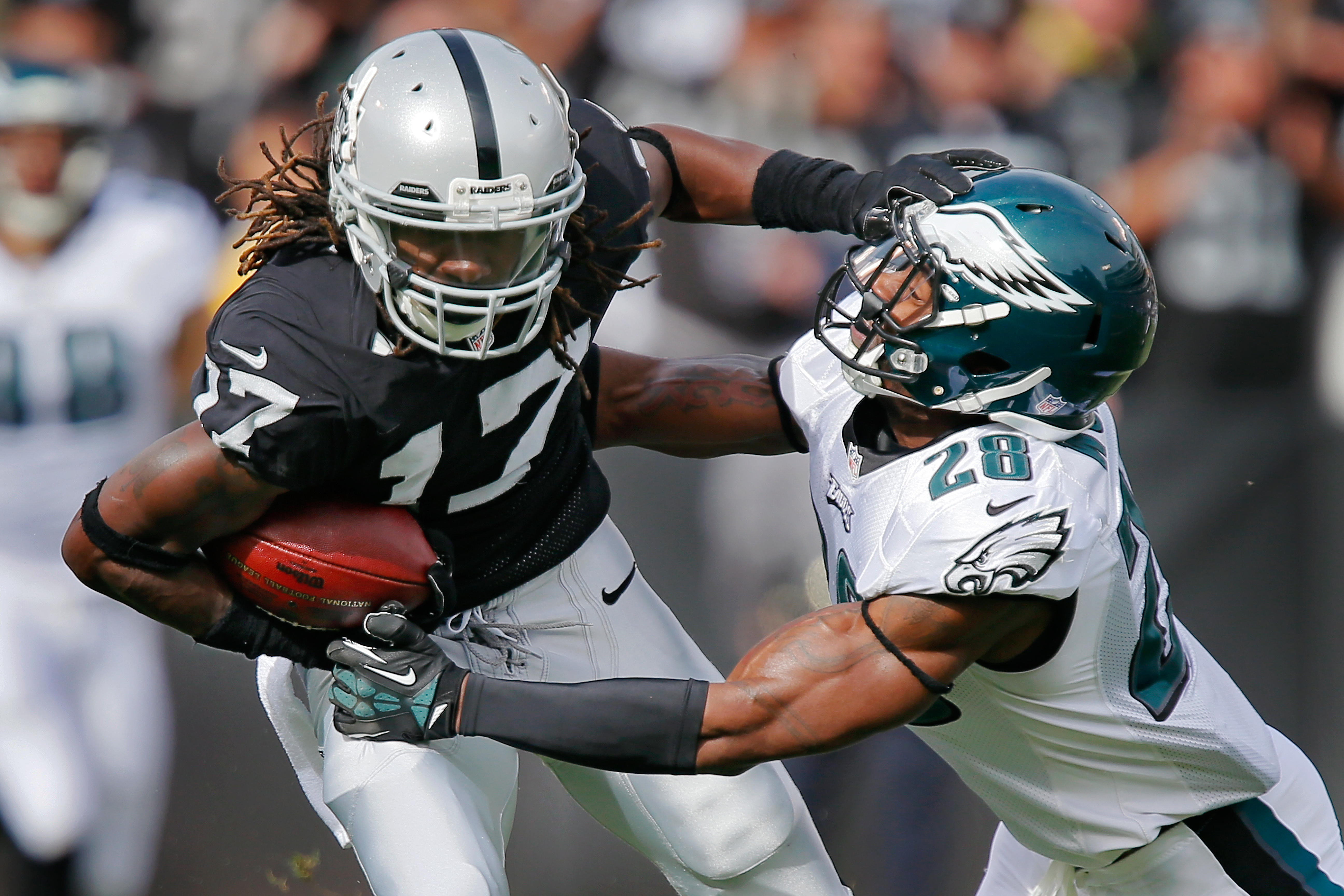 As we all probably know, impatience is NOT a virtue when you’re gambling in the Vegas casinos.  Nor is desperation.

Yet here we are, a mid-term exam of sorts about to play out for the Eagles in Las Vegas.  If they stink out the joint, it will follow them home and probably for the rest of the season.

The Las Vegas Raiders (4-2) return home with a victory and will look to head into the bye week with another win over the Philadelphia Eagles (2-4).

“To go on the road and play an AFC rival like the Denver Broncos in their place and to come out with a win was exciting for all of us and just helps us move forward on to Philadelphia,” interim head coach Rich Bisaccia said Monday.

Kickoff is set for Sunday at 4:05 p.m. ET from Allegiant Stadium.

The Raiders got a statement win on the road over the Denver Broncos on Sunday, tuning out the Chucky noise around them and firing on both sides of the ball. The offense scored its “first touchdown in the first quarter” of the season, which set the tempo for the team. They’ll look to lock in early again as they face one of the statistically better passing defenses they’ve seen this season—surprisingly, the Eagles’ pass defense.

It will be Philadelphia’s first game without three-time Pro Bowl tight end Zach Ertz, who was traded to the Arizona Cardinals last Friday. However, the Eagles have more than enough weapons at the disposal of quarterback Jalen Hurts in RB Miles Sanders, 2020 Heisman winner WR DeVonta Smith and TE Dallas Goedert, though he was placed on the reserve/COVID-19 list last week. The second-year QB has had an up-and-down season so far, compiling a passer rating of 88.6 through six games for 1,480 yards with an 8-to-4 touchdown-interception ratio and has tacked on five rushing touchdowns as well.

Here are a few matchups to ponder:

This matchup isn’t too hard to evaluate.

Hayward, 32, has been playing like the veteran superstar the Raiders secondary have desperately needed. The Raiders have surrendered the 12th-least amount of passing yards this season, in comparison to giving up the seven-most last season. Hayward has played a big factor in that improvement and has yet to surrender a touchdown in coverage this season. But this week “The Slim Reaper” will be coming for him.

Quarterback Jalen Hurts likes to run with the football. Raiders linebacker Denzel Perryman likes to hit people who have the football.

Once again, not too much to overanalyze on this one.

Hurts has injected life into the Eagles offense since becoming their starting quarterback towards the end of last season. The Eagles may have a dual-threat franchise quarterback in their possession, with his throwing, ability to run and good size being his top attributes.

Perryman leads the league in tackles and while he excels in coverage for a linebacker, his main assignment against the Eagles could be to play quarterback spy on Hurts. The Eagles QB currently leads his team in rushing yards (300) and rushing touchdowns (five). Last week, he ran in two touchdowns on the Buccaneers.

So it should be a surprise to no one that when the Eagles’ pocket breaks down, Hurts is going to run. Perryman just needs to make sure he’s in the right position to make him rethink running the ball down the stretch. In other words, make sure the House wins…

Darius Slay taking on all comers

The Raiders may have the most underrated group of dangerous playmakers in the NFL. And Darius Slay will probably spend a lot of time trying to cover all of them.

Slay is one of the clear-cut stars of the Eagles secondary – currently leading the team in interceptions, and tied for second on the team in pass deflections. The Eagles have also allowed the fifth-least amount of yards per game this season. The three-time Pro Bowl cornerback is an exceptional talent, but he’ll have his hands full with the likes of Darren Waller, Henry Ruggs III, Bryan Edwards and Hunter Renfrow – not to mention running back Kenyan Drake, who has become more involved in the passing game as the season has progressed.

The Raiders have accumulated the third-most passing yards in the league this season, with Derek Carr coming off a 341-yard, two touchdown game. Carr has shown that he isn’t scared to sling the ball around, no matter what defense he’s going against, but he noted the Silver and Black will have to be careful around the elite cornerback.

“He’s a good dude who I’ve gotten to know a little bit over the years, but he’s an even better football player,” Carr said. “Man-to-man, zone, he knows how to read routes. He’s very smart. He’s one of the fastest corners in the NFL, that guy can still fly. He’s really unbelievable. … He always presents a challenge no matter what scheme he’s playing.”

Even for Slay, who led the league in interceptions in 2017, the Raiders’ passing offense will be extremely hard to contain.

Both teams will be relatively healthy. RT Lane Johnson has returned to the Eagles from personal leave but will probably not be active:

On the first injury report of Week 7, tight end Nick Bowers (neck) and safety Dallin Leavitt (quad) were the only Raiders players that were non-participants in practice due to injury. Defensive tackle Quinton Jefferson did not participate due to a personal reason, while tight end Darren Waller was given a veteran rest day.

Defensive tackle Johnathan Hankins returned to practice in a limited capacity after missing last week’s game with a hip injury.

Quarterback Derek Carr was listed on the report with a left finger injury, but was a full participant in practice.