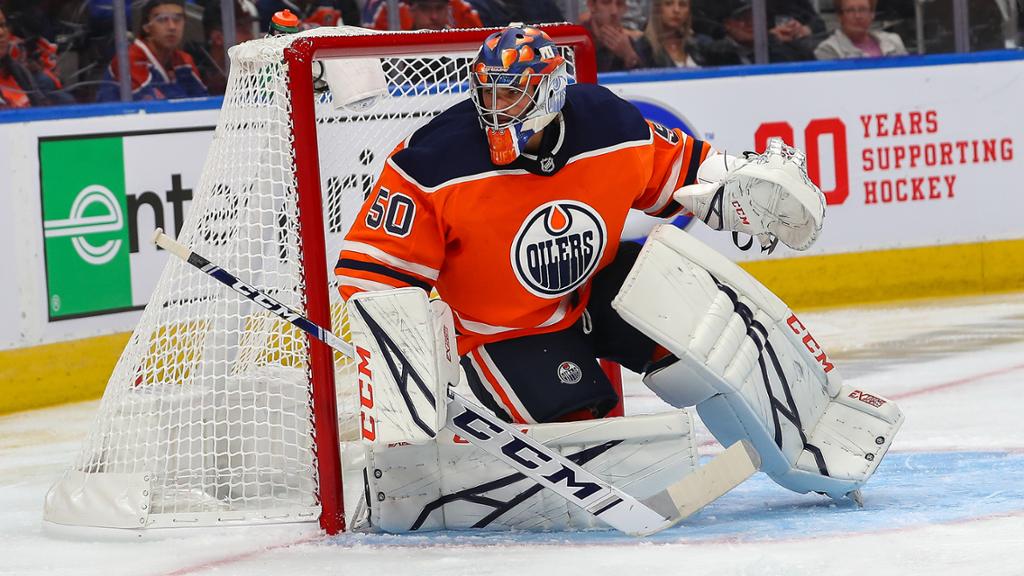 The positive vibes keep rolling for the Oilers, as they enter Friday’s game against the Golden Knights with a 4-0-0 record.

The Golden Knights are short handed, missing a number of key players due to injury, and sit at a 1-2-0 record early into their season.

The Oilers are coming off a win that was harder fought than the final score might indicate, beating the winless Coyotes 5-1. Koskinen held his own quite well, but the nature of back to back gamedays likely means Stuart Skinner will be starting in net for the Oilers tonight although Coach Tippett mentioned there is a chance Koskinen could go again, while the rested Knights start Robin Lehner.

Edmonton: Defensive Structure. While the Oilers have been quite good at keeping pucks out of their net early into the season (minus that Anaheim game), keeping Vegas away from prime scoring chances will be crucial in eking out a back to back against a tough opponent. This is made all the more notable given the likelihood of Skinner getting the start in goal or a back to back start for Koskinen, as well as Vegas’ slow offensive start to 21/22.

Vegas: Power Play Goals. One can only pray that McDavid can be contained, with 47 points in his last 18 regular season games. Vegas will have to find a way to keep up, most likely by scoring with the man advantage. This is easier said than done as the Oilers sport the leagues 8th ranked penalty kill (%85.7), and have always had a top tier pk unit under Coach Tippett.

Vegas: Vegas is without Mark Stone, Alec Martinez, Alex Tuch, and Max Pacioretty due to injury.

Edmonton: I mean, McDavid is impossible to ignore, and a Skinner start is likely top of mind for everyone, but I have to get too cute with things so I’ll say Evan Bouchard. I imagined he’d be pushing Barrie across all phases of the game sooner rather than later, but within the first 5 games is very quick. Listen, Tyson Barrie is what he is, let’s say offensively minded, and is not improving. Hopefully he can stay useful for the Oilers in a lower role, because I expect Bouchard will not look back after an early elevation to a top role on the blueline.

Vegas: My eyes will be all over the Krebs-Patrick-Kolesar unit. Krebs is a former 1st round pick, and is primed to start establishing himself in the NHL. Patrick, the 2nd overall pick of the Flyers, has lost a lot of time early into his career due to injuries, but is well insulated for a strong season. Keegan Kolesar is a great depth forward, and I’ve often been impressed with his play and think he could establish himself as a middle 6 option. Honestly, to get to the next level the Knights need a 3rd line like this to push the 1st and 2nd lines, and score some of goals that Vegas has been desperate for when the games get tightest.

Even after the win against Anaheim, the media scrum was asking Coach about how great things have been going for the Oilers. Puljujarvi is a fan favourite, Hyman and Foegele have looked great, McDavid is somehow even better than last year, the team is undefeated, and the mood is very positive. Tippett noted that the team is very close, and that they will have a chance to spend a few days in Vegas together after tonight’s game. If the Oilers can stay focused and collect the win tonight there will be nothing in the way of the team enjoying some well earned “bonding time”.