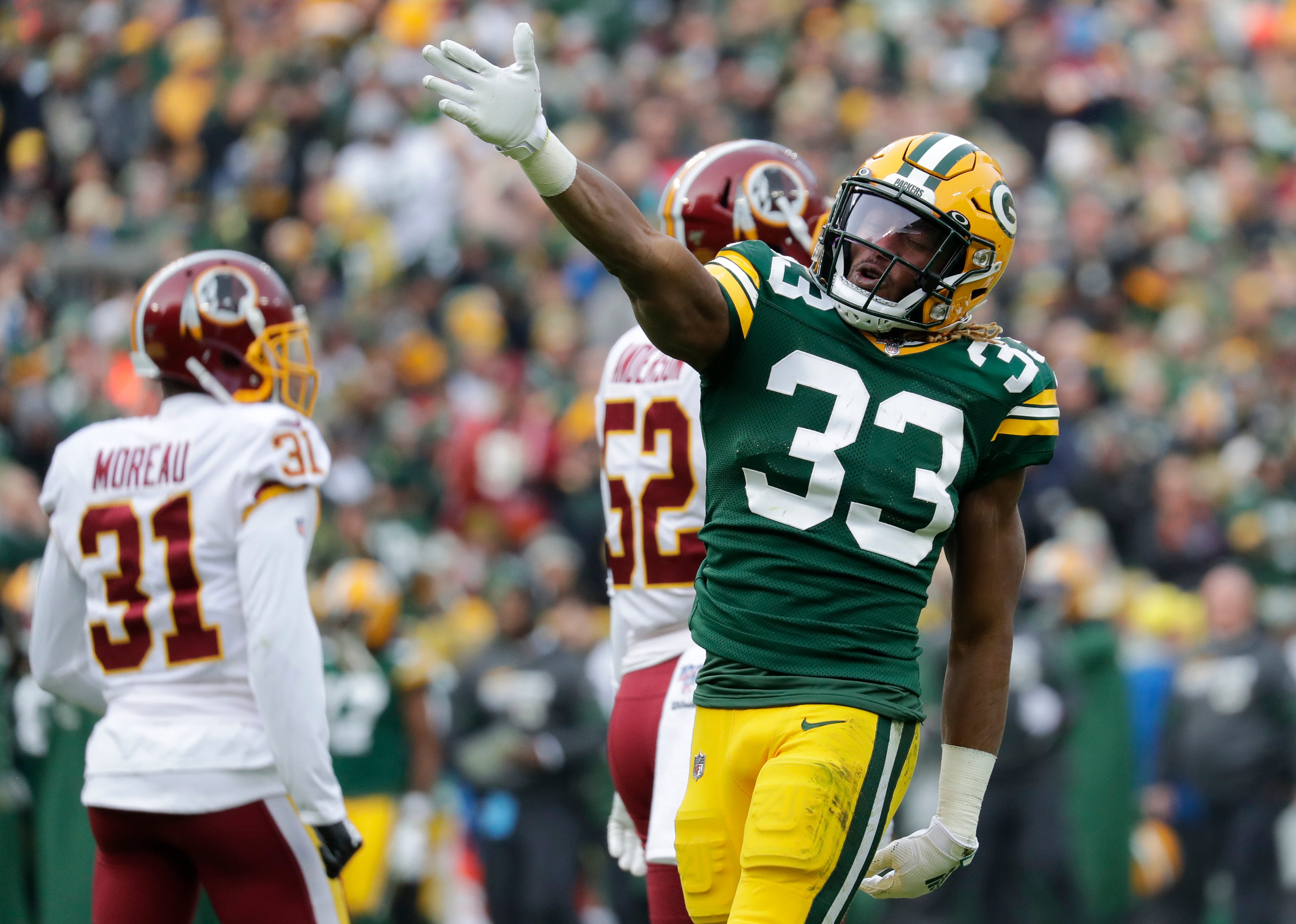 The Green Bay Packers return home to face the Washington Football Team at Lambeau Field Sunday afternoon. The Packers are on a five-game winning streak and are now 5-1 on the season after last week’s 24-14 win over the Bears in Chicago. Washington is now 2-4 after last week’s 31-13 loss to the Chiefs at home.

The Packers lead the all-time series which started in 1932 with a 19-15-1 record. The Packers have won two of the three postseason meetings between the teams. The Packers won the last meeting between the two clubs in 2019 when they beat Washington 20-15 in Green Bay.

Here is a look at six key factors that will determine who wins Sunday’s game against Washington:

Washington enters this week with the worst passing defense in the NFL. The Packers have Aaron Rodgers at quarterback and Davante Adams as their top wide receiver. The Pack should be able to take advantage of this mismatch all game long.

Even if the Washington Football Team doubles Adams, Rodgers should be able to exploit the other matchups against the Washington secondary with Allen Lazard, Randall Cobb and Robert Tonyan or running backs Aaron Jones and A.J. Dillon all available as options.

The Washington secondary has had issues with communication and making adjustments in coverage which is something Rodgers should be able to take full advantage of.

Starting cornerback William Jackson III has been limited in practice with a knee injury. He will likely play on Sunday but may not be 100 percent.

Rodgers should be able to pick apart the NFL’s lowest-ranked secondary on Sunday.

Although the Washington secondary is vulnerable, the Packers offense works best when they run the ball enough to keep defenses honest.

Against a strong Chicago defense, both Jones and Dillon averaged more than five-yards per carry and the Packers offense gained a season-high 154 yards on the ground. Both running backs also broke off long runs as the Bears defense tired.

The diverse skill set that Jones and Dillon bring give the Packers multiple ways to attack a defense. The Washington defense has allowed an average of 113.5-yards per game. Opponents are averaging 4.0-yards per carry against Washington this season.

If the Packers run the ball effectively, they can open things up for the play-action passing game and slow down the talented WFT pass rushers.

When Matt LaFleur abandons the running game, the offense struggles. He must continue to run the ball even if they don’t have immediate success.

The best way for the Washington defense to try to slow down the Packers offense is to get a steady pass rush and disrupt the rhythm of Aaron Rodgers.

The Washington Football Team has some talented pass rushers on their roster although they presently rank 19th in the league with 12 sacks through six games.

The left side of the Washington defensive line features two players who are tied for the team lead in sacks with both DE Montez Sweat and DT Jonathan Allen having three sacks each. The right side of the Packers offensive line will be challenged by these two players with Billy Turner and Royce Newman being called upon to block Sweat and Allen.

On the other side, Chase Young can also get after the passer and Elgton Jenkins will have to slow him down.

The Packers will still be without starting center Josh Myers although Lucas Patrick has filled in well in his absence.

If necessary, the Green Bay offense can return to quicker releases to help neutralize the Washington pass rush.

Terry McLaurin is the most dangerous receiver for Washington. Through six games, he has 33 catches for 428 yards and three touchdowns which leads the team in all three of these categories. He is also nursing a hamstring injury and missed Wednesday’s practice as a result. Keep an eye on his status.

The Packers secondary is hurting right now although they did a solid job against the Bears a week ago with the inexperienced Justin Fields under center.

Kevin King missed last week’s game with a shoulder injury and was a limited participant in practice mid-week. The Packers really could use him back in the lineup since Jaire Alexander remains on the injured reserve and won’t be back for at least another few weeks.

Last week, Isaac Yiadom struggled early and was replaced by Rasul Douglas who did a better job later in the game.

The Packers may also be without safety Darnell Savage who left last week’s game with a concussion and did not practice yet as of mid-week. Henry Black filled in admirably for Green Bay.

The defense cannot allow Washington to pass the ball at will although Washington enters the game ranked 28th in the league in passing yards per game.

Washington has a relatively inexperienced quarterback in Taylor Heinicke. Although he’s 28, the former Old Dominion star has only started 14 games in his NFL career and that includes five this season.

Heinicke has good leadership skills and is mobile. He knows how to give his team a spark when he is on his game but he needs time to throw and his arm strength and size are only average.

The Packers may be without Preston Smith who suffered an oblique injury last week and has yet to practice as of mid-week. They are already without Za’Darius Smith who is still on the IR. If Preston cannot go, Rashan Gary and Jonathan Garvin will likely get most of the work at edge rusher. Gary has been a solid pass rusher, getting plenty of pressures but not a lot of sacks. Garvin has taken a step up in recent weeks and has been more productive at getting to the quarterback.

If the Packers can get pressure on Heinicke, they can get him out of his rhythm and slow down the Washington passing attack. It would also lessen the impact of the team’s banged up secondary.

The Packers red zone defense has yet to prevent any team from scoring a touchdown this season. That is not sustainable. Joe Barry’s defense does a good job until opponents get close to the Packers end zone, but it would certainly make a big difference for this team if they could force offenses to settle for field goals or cause some turnovers instead of yielding touchdowns.

The Washington Football Team is 21st in the league in points scored per game but the Packers face some much better offenses after this week. This is a big opportunity for the defense to show improvement in the red zone.

This has the potential to be a trap game for the Packers. They are at home (and wearing their 50s-style throwback jerseys) and facing a team that has given up the most points in the league.

The Packers offense will get back over 30 points against this shaky Washington defense and the WFT will have trouble matching that point total.

This is a big win to get before the schedule gets tougher.