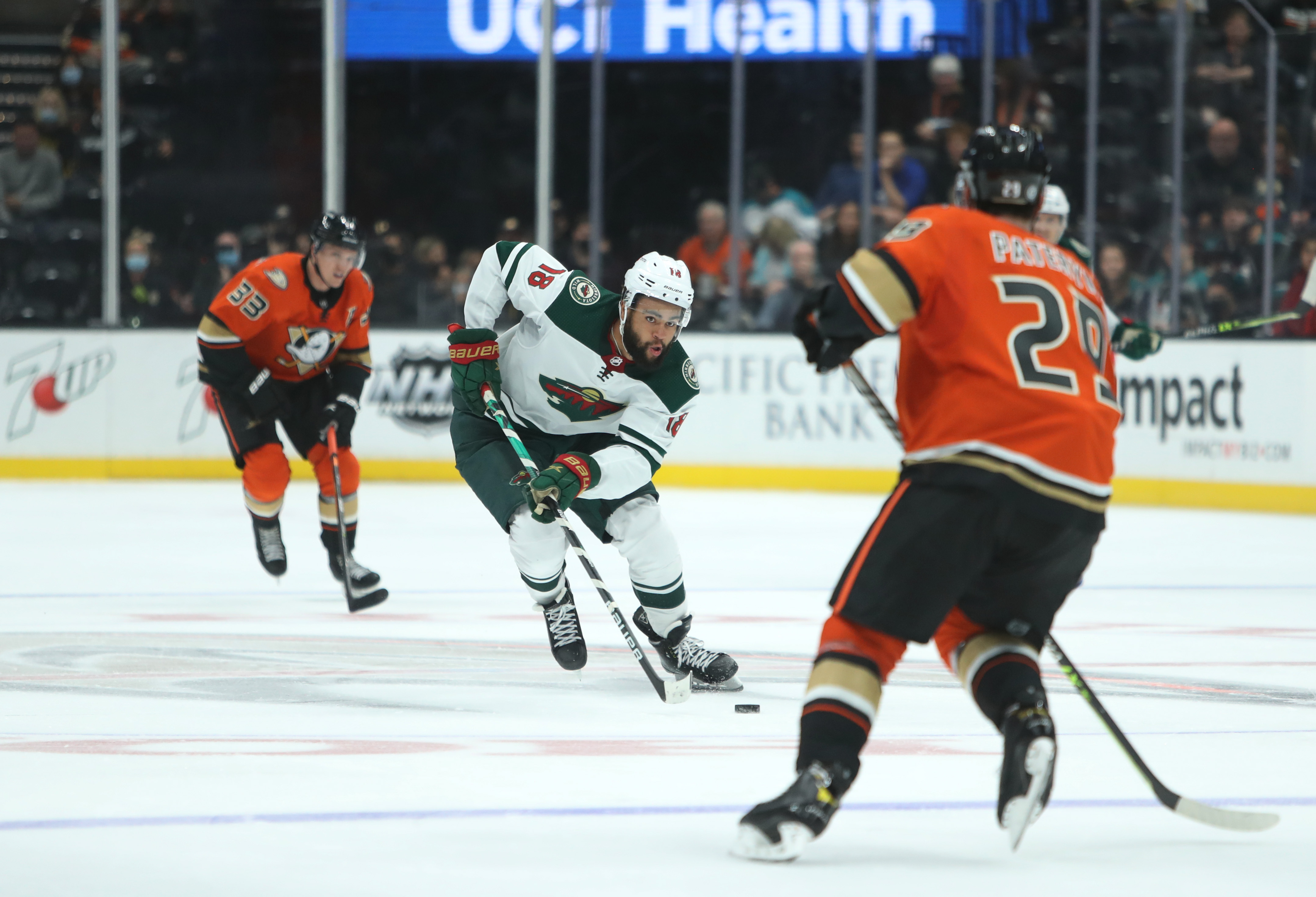 Well I think it’s really starting to feel both like fall and hockey season. This morning, the exciting house projects were things like removing the hoses from the outside faucets and running the lawnmowers to there’s no gas in the tanks over the long, cold winter. We also rearranged the yard equipment, so now the snowblower is at the front of the garage. However, in everyone’s best interest, we did not jinx everyone by powering up said snowblower. None of us need that kind of karma quite yet. And it helps that the weather finally feels like autumn. Of course, it’s also time to start thinking ahead to the cold months ahead. Yesterday, I got my flu shot and Covid booster. Yeah, I’m feeling not so hot today, but it could be much, much worse. So yes, not we can move on to hockey.

Three games into the season, and things are feeling good. Currently, the Minnesota Wild are one of six teams in the league that are undefeated. Now St. Louis, Carolina, and Minnesota have played the fewest games, at three games each. Again, it’s this weird schedule issue that I never understand. It feels like the Wild are one of those teams that always starts the season out with games oddly spaced out, when there are teams like the Edmonton Oilers (who are also undefeated), who have played five games. With an even number of teams now that Seattle has joined the league, no team should be “left out” of playing. It absolutely makes no sense. The Wild are also one of seven teams who have only played three games. Yet there are nine teams that have played 5 games. At least this season, the schedules are far more balanced as far as number of games played than we’ve seen in the past, it still makes no sense.

Minnesota last played on Tuesday against Winnipeg. Because of work, I missed the first period. However, thanks to technology, I was getting the scoring alerts. That first period, felt like the Kyle Connor period. Thankfully though, Mats Zucarello and Joel Eriksson Ek, managed to tone down the feeling of dread of playing yet another Winnipeg team. Mind you, it has been over a year since we last saw Winnipeg as an opponent. And it didn’t take long, to be reminded of what games against Winnipeg, especially at Xcel Energy Center, often went. Pretty much every time the Jets would get ahead, eventually the Wild would fight back and even up the score. While this is a good thing to see, I know I would rather not have to continually dig themselves out of the hole they’ve dug for themselves. And then they really dug themselves in early in the third period. When Winnipeg went up by two goals, it really felt like the same old games against the Jets. Thanks to Marcus Foligno and Eriksson Ek, they made this game again. And of course, let us not forget the game winning, overtime, hat trick goal by Eriksson Ek, to truly make it one of the best games in Wild history.

Tonight, we get another meeting with Anaheim. The Ducks have this interesting mix of veterans and young players. However, one has to kind of wonder if they, like the Los Angeles Kings, are holding on to certain players for the sake of having them on their rosters for some feeling of sentimentality. One has to wonder if Ryan Getzlaf will retire as a Duck when the day comes that he hangs up the skates. While Anaheim hasn’t hung on to these older players quite as much as the Kings have, it makes me appreciate even more the roster changes we’ve seen in Minnesota. While the changes that were made this summer came with a hefty, hefty price tag, I’m enjoying what I’m seeing so far. Whether it was the fight by Foligno, the successful offsides challenge by the Wild, or a hat trick by Eriksson Ek, I’ll take it. No longer having to endure the slow line changes. No longer having to listen to the empty platitudes. But best of all, I think we’re finally seeing a team that genuinely loves playing and playing with each other. While I’m still unsure of how this season is going to go this year, if we keep seeing this version of the Wild, win or lose, that is something to be excited about.