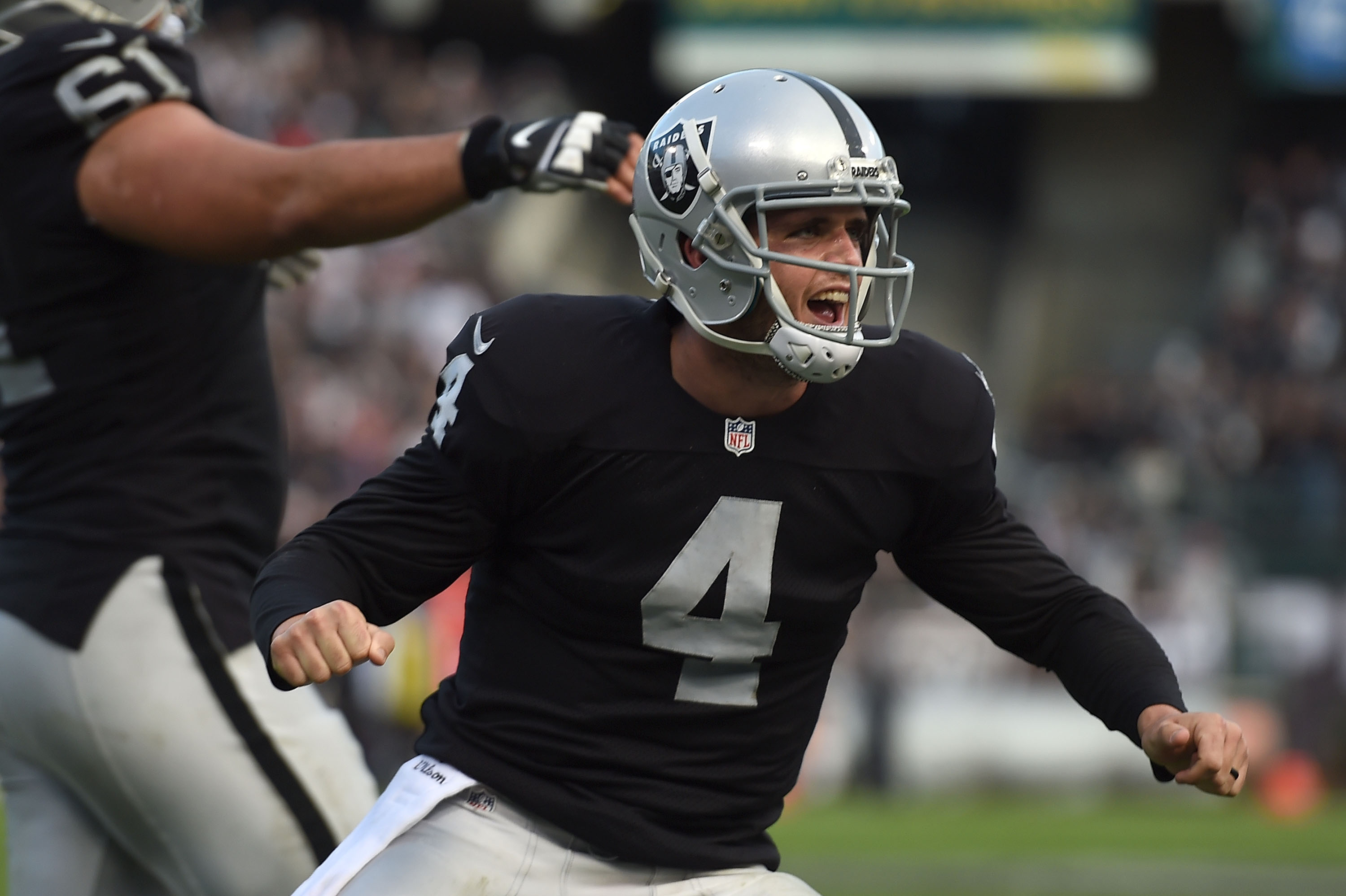 The Eagle’s opening drive went like clockwork… then the Raiders proceeded to bludgeon them off the script.

“Throughout the season, defensive coordinator Jonathan Gannon has struggled to make in-game adjustments against veteran quarterbacks. The Raiders’ Derek Carr was the latest example to carve through the Eagles.

“Even without top tight end Darren Waller — who sat out with an ankle injury — Carr and the Raiders moved the ball at will versus Gannon’s defense. Carr repeatedly attacked the middle part of the field and stunned the Eagles linebackers with quick darts in the intermediate passing game.”

Carr’s first-half stat line: 21-of-23 for 215 passing yards. One of his two incompletions was a tipped-ball interception by cornerback Avonte Maddox.

Gannon and Co. failed to make the proper adjustments at halftime. After the Eagles failed to convert a surprise onside kick, the Raiders quickly took advantage of the short field and put the game out of reach with Kenyon Drake’s 4-yard touchdown run.

The Eagles played from behind for three quarters, which meant more responsibility for Hurts in Sirianni’s offense that still has many question marks. Overall, Hurts struggled against a middle-of-the-pack Las Vegas defense.

Hurts strung together most of his completions in the second half. But success was hard to come by for the second-year quarterback, who mishandled multiple snaps from center Jason Kelce. Hurts’ fumble that occurred inches away from the end zone in the third quarter cost the Eagles an opportunity at six points.

Las Vegas Raiders quarterback Derek Carr found inactive tight end Darren Waller on the sideline during Sunday’s game against the Philadelphia Eagles to let him know “how weird” it was not having his top target on the field.  “I joked around, ‘that’s 20 targets I gotta disburse to some other targets now,'” Carr told Waller.  No problem.

Carr threw for 323 yards, completing 31 of 34 pass attempts with one touchdown, and Las Vegas defeated the Eagles, 33-22.

Carr’s 91.1% completion percentage was a career best and the second-best single-game percentage in NFL history behind Drew Brees (96.7%), on a minimum of 30 attempts.

“We can all see the relationship that he and (offensive coordinator) Greg Olson have running this offense, it’s just really coming to fruition,” Raiders interim coach Rich Bisaccia said. “Off the field, Derek is the voice of the Raiders right now. The players always want to listen to him. … He’s a tremendous leader both on and off the field.”

The Raiders (5-2) outgained Philadelphia 443-358 in a dominating performance that saw Las Vegas score on five straight possessions after its first series ended with Carr being intercepted inside the Eagles 5-yard line.

It was Las Vegas’ second straight win with Olson calling the offensive plays, and since former coach Jon Gruden resigned Oct. 11 because of offensive emails he sent before being hired in 2018.

Under Bisaccia, the Raiders have outscored Denver and Philadelphia 67-46 collectively, and outgained both 869-779.

The Eagles (2-5) lost their second straight and for the fifth time in six games.

Joining Waller on the sideline after running for 29 yards on six attempts including one touchdown, was running back Josh Jacobs, who suffered a chest injury.

Stepping up in the Pro Bowlers’ places were tight end Foster Moreau, who had a career-high six receptions for 60 yards, and running back Kenyan Drake, who rushed for 69 yards on 14 attempts, including one touchdown.

“Our team responded to the challenge of not having Darren and certainly Foster stepped up and played really well,” Bisaccia said. “It was a complete team effort from start to finish.”

Prior to Carr’s second red-zone interception of the season, the Eagles marched 62 yards in eight plays on the game’s opening drive. Jalen Hurts found rookie running back Kenneth Gainwell over the middle for a 13-yard score.

Las Vegas scored the first of its points during a 30-0 run on its second possession early in the second quarter. Carr hit Moreau for an 18-yard touchdown. Jacobs added an 8-yard TD when he scampered around the left edge on the Raiders’ next possession.

And while the Raiders’ offensive line was carving out its best performance of the season — it didn’t allow any sacks — Las Vegas’ pass rush continued to haunt quarterbacks. Defensive end Yannick Ngakoue had two sacks, the 12th multi-sack game of his career and second such performance this season.

After its touchdown, the Eagles’ next six possessions ended with a punt, punt, fumble, end of the first half, punt and a fumble. Las Vegas had takeaways in back-to-back games for the first time since doing it in three straight in 2019.

“We ran the ball on these guys,” Philadelphia tight end Dallas Goedert said. “We knew what they were going to do defensively. We started the game with a great drive. We just got to convert and keep drives going throughout the game.”

Easier said than done with this crew…

It was a reunion of former national champions, as Eagles wide receiver DeVonta Smith (2017-20) and offensive lineman Landon Dickerson (2019-20) were teammates at Alabama with Raiders running back Josh Jacobs (2016-18), wide receiver Henry Ruggs III (2017-19) and offensive lineman Alex Leatherwood (2017-20). Combined, the quintet has seven national championship rings, with Smith and Leatherwood earning two, and Dickerson, Jacobs and Ruggs each with one.

Eagles: Miles Sanders limped off late in the first quarter, barely able to put pressure on his right leg, after being tackled by Denzel Perryman. Sanders did not return due to an ankle injury. J.J. Arcega-Whiteside was hurt in the third quarter with a back injury.

Raiders: Jacobs left late in the second quarter with a chest injury, after his touchdown, and did not return.