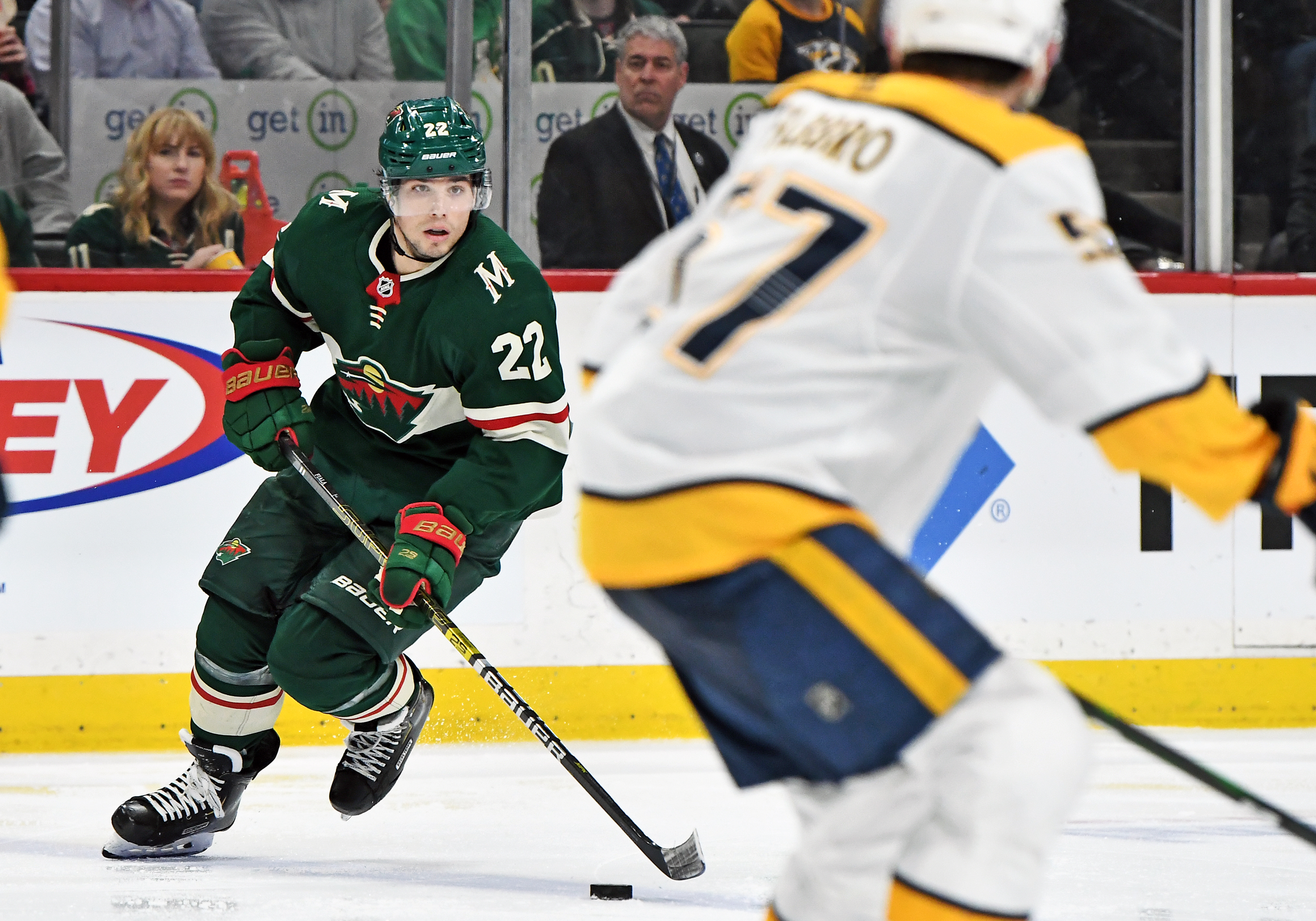 Giving up the early lead, the penalty kill struggles all coalesced together to bring about a predictable ending.  The Wild got itself into penalty trouble early and the Predators capitalized on its first two power plays and never really looked back.  Nashville seemed to be a step quicker and also far more efficient moving the puck in the offensive zone and Minnesota never really had an answer.  The Wild didn’t look sluggish or fatigued, they just were not as quick as the Predators were.

Minnesota would score late on goals from Nick Bjugstad and Nico Sturm but it wasn’t nearly enough.  In fact, the only line that seemed to have any juice on Sunday was the 4th line of Bjugstad, Sturm and Brandon Duhaime.  The rest of the Wild lines were plagued by indecision and overhandling of the puck as they tried to be too fancy in their execution and that resulted in missed opportunities to even generate a quality shot on goal.  Nashville’s Connor Ingram was rarely tested and the Predators were smart enough to play keep away through most of the 2nd and 3rd period’s to secure a 5-2 victory.

Kaapo Kahkonen was again rather shaky, making the first save but his rebound control left a lot to be desired (especially on the power play) and the Predators were able to pounce on rebounds for goals.  Yet it wasn’t all his fault.  Especially on the penalty kill, the Wild penalty killers were often focusing on marking opposing skaters but when pucks needed to be swept away they left Kahkonen alone to gather up loose pucks and that was formula for disaster.

Minnesota now needs to focus on shoring up its penalty kill before their 3-game western road trip that will have the Wild travel to Vancouver, Seattle and Colorado respectively.  Still, the Wild are in good shape at 4-1 through its first 5 games of the season.  But they now have their first example of real adversity to deal with and it will be interesting to see how they respond to it.

What did you think of this weekend’s series of games for the Minnesota Wild?  Tell us on Twitter at @CreaseAndAssist! 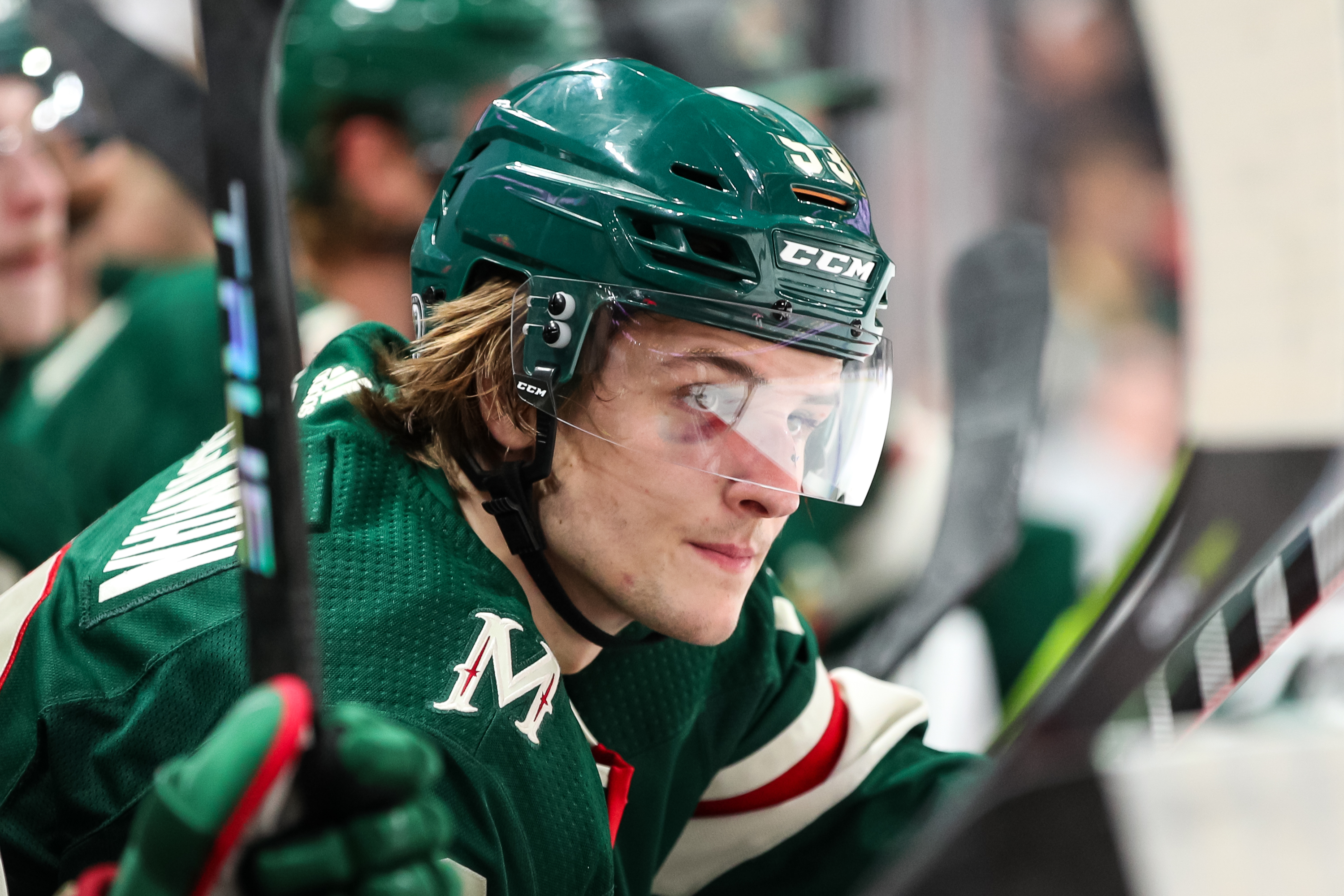 While the big club has been giving fans plenty to cheer about, so has the team’s American Hockey League affiliate as they are off to a 3-1 start capped off by a 2-game series sweep of the Rockford Ice Hogs.

One player who had an incredible weekend was former Lakeville South and Minnesota-Duluth star Nick Swaney.  Swaney had 2 goals on Friday night, a 6-3 win over the Ice Hogs and then followed it up with a power play and a shorthanded goal to go along with an assist on Saturday in Iowa’s 5-2 victory over Rockford.  4 goals and 5 points in two games?  Not too shabby.

Offense can be found all over Iowa’s lineup this season as they roll 4 lines that are a great mix of speed, skill and scoring ability.  Adam Beckman, who arguably had one of the strongest NHL pre-season performances added a late goal on Saturday to go along with an assist he had the night before.  Marco Rossi did not play in either of the games this weekend.  Connor Dewar had a goal and an assist over the weekend.

The Wild got relatively solid performances from Andrew Hammond (16 saves) and Dereck Baribeau (21 saves) between the pipes.  Defensively the mostly veteran defensive corps chipped in the helpers this weekend.  Calen Addison had just 1 assist this weekend.  In fact, veteran players bring a lot of stability to the Iowa lineup.  Seasoned pro and team captain, Cody McLeod not only provides toughness but he had a pretty set up on Swaney’s power play goal on Saturday as you will see in the highlights below.  Kyle Rau also had a strong weekend with a goal and 3 helpers on 7 shots this weekend.

The Iowa Wild currently sit atop the AHL’s Central Division with a 3-1 record.  Here are their top 5 scorers, top 3 PIM’s and goaltending stats so far.

Iowa’s next game is next week Saturday in a 2PM CST matinee game against the Manitoba Moose. 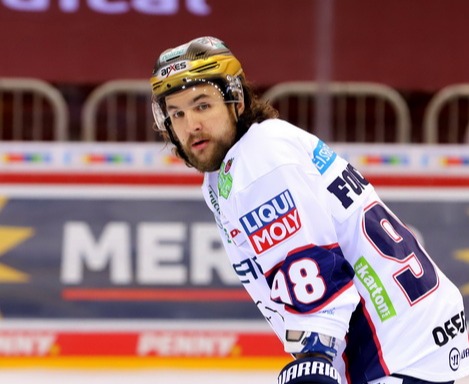 Where are they now?

Foucault was the Minnesota Wild’s 4th round pick (103rd Overall) in 2009.  The former Calgary Hitmen star got his ‘cup of coffee’ with the Wild in 1 game during the 2011-12 season.  He played over 120 games with the Wild’s then-AHL affiliate in Houston before moving on to playing in Europe in Austria, Switzerland and has currently spent the last six seasons playing in the German Bundesliga.  Right now, Foucault is the DEL’s leading scorer with 11 goals, 20 points in 14 games with the Iserlohn Roosters this season.

D – Kyle Masters (Red Deer, WHL) ~ The skilled defenseman had a goal on 2 shots and finished the night with a +3 rating in the Rebels’ 6-3 win over Lethbridge.  On Saturday, the Edmonton-native added an assist on 4 shots and was a +3 in Red Deer’s 7-1 rout of the Wheat Kings.  Masters isn’t a big point producer as the goal is his 1st of the season but he has 2 points, 11 PIM’s and is a +11 in 10 games.

LW – Nikita Nesterenko (Boston College, H-East) ~ The skilled sophomore had 2 goals on 5 shots in the Eagles’ 5-3 loss to the Tigers’ on Friday.  The next night, the Brooklyn, New York-native had a goal in their 5-1 victory over Colorado College.  Nesterenko has 3 goals, 6 points, 4 PIM’s and is a +4 in 6 games.

D – Marshall Warren (Boston College, H-East) ~ The puck moving defenseman had an assist on 4 shots and 2 PIM’s in their 5-3 loss to CC.  On Saturday, Warren had an empty net goal to add an exclamation point to a 5-1 Boston College victory.  Warren has 3 goals, 6 points, 2 PIM’s and is a +1 in 6 games.

G – Jesper Wallstedt (Lulea, SHL) ~ The 18-year old goaltender is showing poise in his starts even if it doesn’t always result in victories.  He had 26 saves in his club’s 3-1 loss to Leksand on Wednesday.  Wallstedt is 5-4 with a 2.15 goals against average and a .911% save percentage.