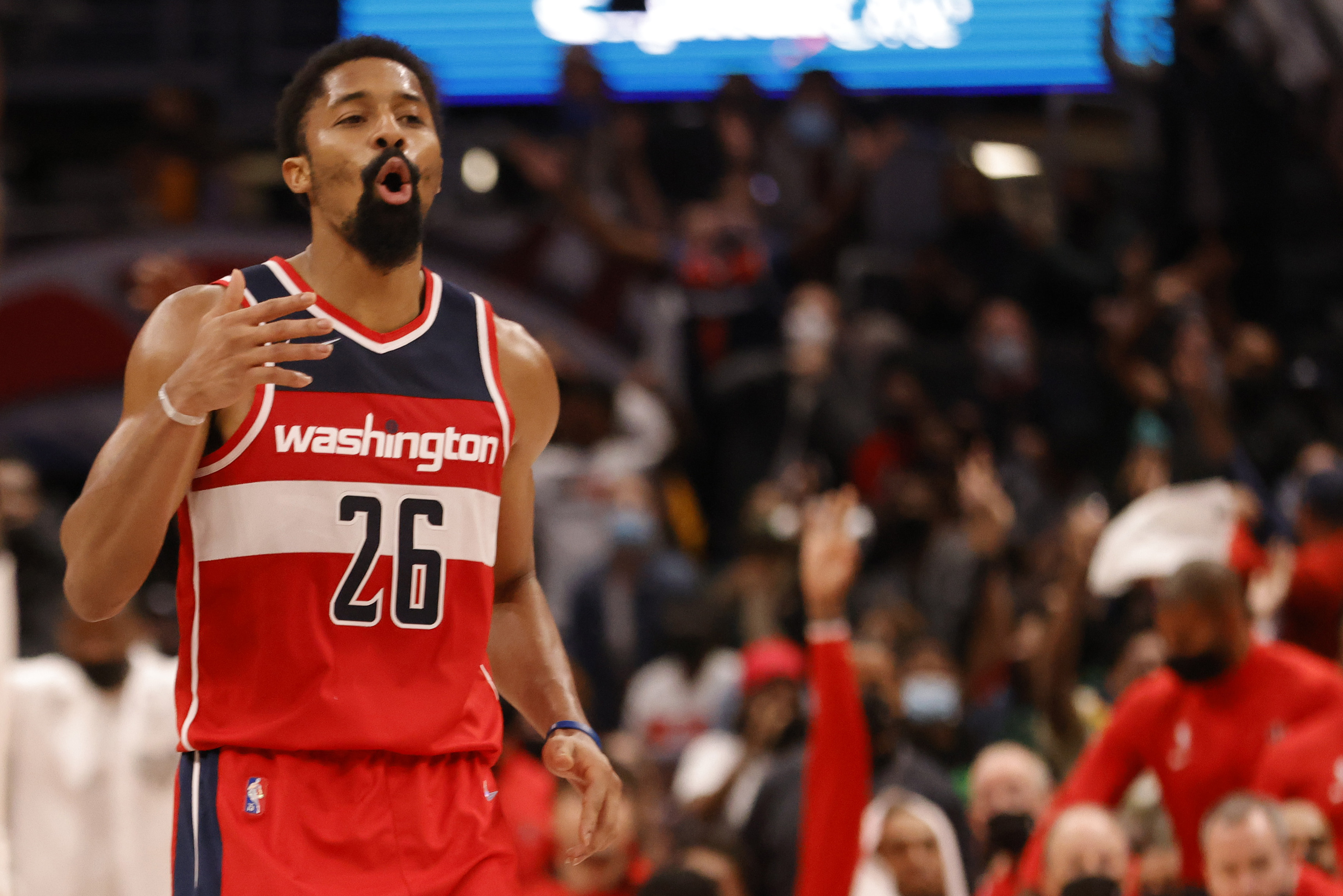 The Washington Wizards took down the Indiana Pacers in their home opener Friday night, 135-134 in overtime in a game that will go down as an instant classic for those that were there. Here were the top quotes from the big win.

Spencer Dinwiddie on the crowd for opening night:
“I was pleasantly surprised. I was worried in the preseason because I could hear myself talk but y’all went crazy so aye 2-0 let’s keep it rocking.”

Kyle Kuzma on the Capital One Arena crowd:
“Man I thought it was great. I didn’t expect that many fans to come out, honestly, just from looking at preseason and man I was definitely wrong. The fans came out, showed out for us right when we needed them, especially in those key moments. At the end of the fourth and in overtime, they helped carry us. I thought it was great and we were shocked on the bench we were like ‘yo we gonna be turnt up this year’ so that definitely was surprising.”

Davis Bertans on his clutch overtime three-pointer:
“Spencer was driving and I was trying to keep the spacing on the three-ball line just in case he threw down. I had McConnell on me and when catching the ball I couldn’t decide what to do, go forward or back, and once I thought that was McConnell after that step back I just felt like nobody was guarding me at that point. It was somewhat of an open shot.”

Wes Unseld Jr. on winning without Bradley Beal:
“It’s an attribute to them. We knew this morning that it was unlikely Brad would play… Regardless of what happens, I told those guys we have enough in that locker room. We’ve got all we need and as soon as we get guys back, we’ll be better for it. It’s a credit to their resilience and the fact that we fought, we kept fighting and we gutted it out.”