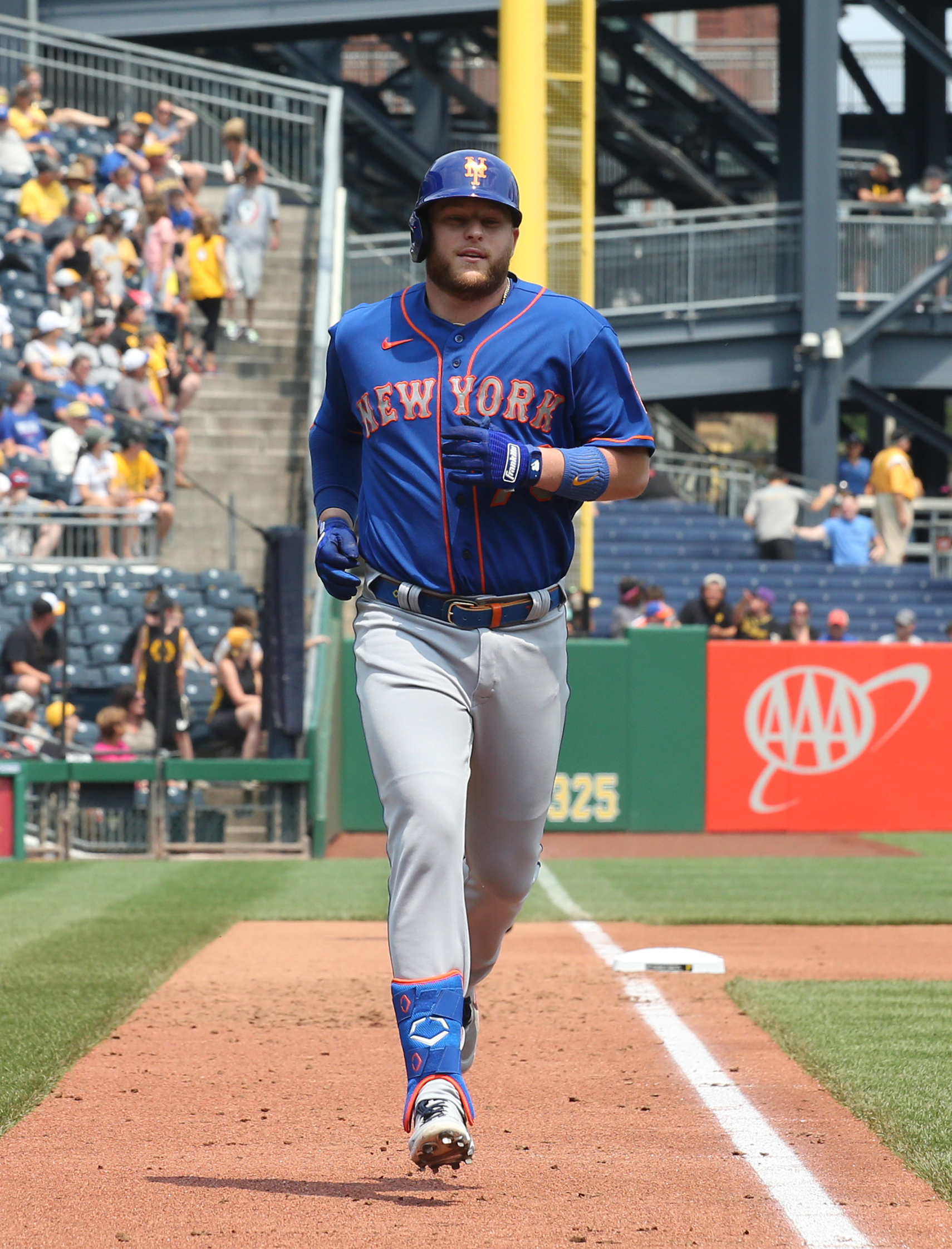 Now that the 2021 season is over for the New York Mets, we have been looking back at the year that was. After taking a more general view of the offense, pitching, and coaching staff, it’s time to take a deeper dive into the Mets’ players. This series will take a look at every player on the roster for the Mets at the end of the season from A (Albert Almora Jr) to Y (Jordan Yamamoto). The review will look at their season statistics, stories, and what role (if any) they will have next season. We continue the series today with a look at infielder Travis Blankenhorn.

With a ton of injuries at the big league level, Blankenhorn stuck with the Mets until the All-Star Break, when he was optioned to AAA Syracuse. The Mets brought Blankenhorn back after Francisco Lindor got hurt the following week and he had his biggest hit of the season on July 18, when he launched a three-run homer to help the Mets rally for a win over the Pittsburgh Pirates. That would be the most memorable moment of the season for Blankenhorn, who had another stint on the Mets’ bench as a reserve infielder in August before being sent back to Syracuse for good when Javier Baez returned from the injured list in Los Angeles.

Blankenhorn only had 23 at-bats for the Mets and it is hard to judge his resume off of that small a sample size. The homer in Pittsburgh does give Blankenhorn a memorable moment, however, which is more than a lot of Mets could say in 2021.

The Mets are in need of optionable depth for their infield, which Blankenhorn provides. There is still a chance that the Mets could waive Blankenhorn if they need his 40-man roster spot but the odds are good he sticks around to at least compete for a bench spot in spring training.

Check back tomorrow as our Player Review Series continues with a look at relief pitcher Akeem Bostick!