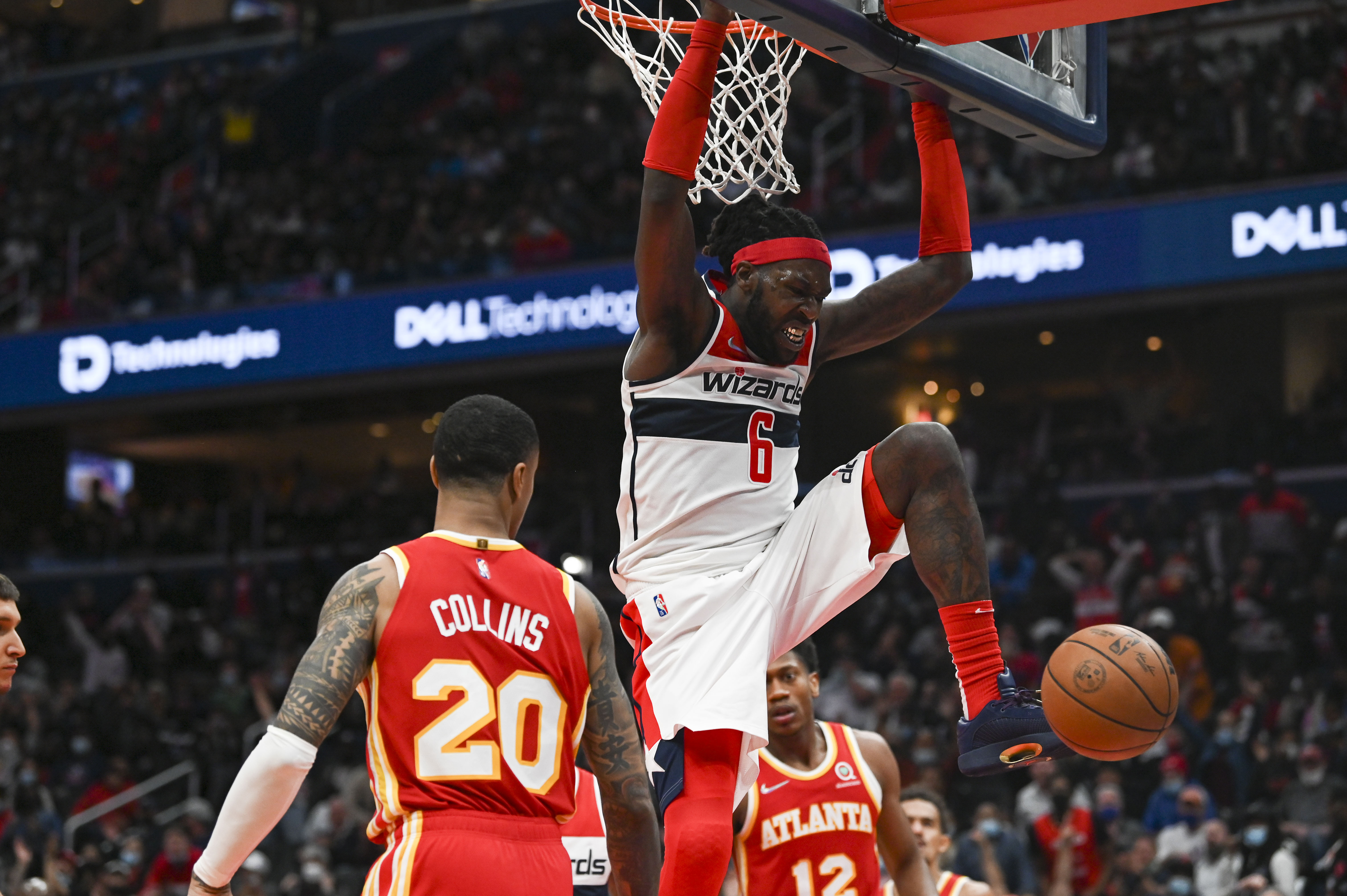 The Washington Wizards won for the second straight night to improve their record to 4-1. Their latest victory was a 122-111 win over the Atlanta Hawks at Capital One Arena. Bradley Beal led the way with 27 points while Montrezl Harrell added 25 points. The Wizards also got 21 points from Kyle Kuzma and Kentavious Caldwell-Pope as they’re off to their best start since the 2014-15 season, the year Paul Pierce was on the squad.

Wes Unseld Jr. on the Wizards 4-1 start to the season:
“We’ve talked about it after the game, we’re not satisfied nor should we be. It’s early in the season, it’s great that we get those wins and off to the right start. That was a point of emphasis for us back in September heading into training camp and the preseason so it’s good that we’ve done that but we still have a ton of work to do. We take the wins, it’s okay to win ugly but we can’t afford to be satisfied.”

Kyle Kuzma echoed Unseld Jr.’s statement of not being satisfied:
“I mean it’s a good start but in all reality, it doesn’t mean anything. 4-1 or 5-1, you see teams all the time start real hot and then they just fall to the ground. Jason Kidd taught me that the season is just the rehearsal for the big dance which is the playoffs. I don’t think we’re excited about being 4-1, I think that we all understand that we have a lot of room to improve and it’s still gonna take time but you always want to appreciate the battles you do win because it’s hard to win in this league and we’re just doing a great job of just putting the pieces to the puzzle together and figuring some things out.”

Montrezl Harrell on the fan love he’s gotten early in the season:
“It’s a blessing, man. I’ve been in this game for a good amount of time. I’ve been in places where the fans fell in love with the way I played and stuff like that but the way the energy is in the building night in and night out and the guys, not just the fans but my teammates feed off it as well. It’s just a great feeling to just be able to be out there on the floor enjoying myself, playing the game of basketball and being utilized for the talents I bring to the floor and seeing the appreciation for it.”

Bradley Beal on Wizards 4-1 start:
“We still haven’t done anything. That’s something we always continue to preach and tell ourselves and granted you gotta understand what reality is but we still have that mentality we haven’t done anything yet. Granted, coach (Unseld Jr.) is working his tail off and putting us in good positions. I think he’s open to dialogue in between the players, he’s very open to us… He’s a true players coach. We respect everything he does and it’s tough because we’re learning on the fly just like he is. We’re just fortunate we’re putting together some good games. Honestly, our defense is one. We’ve been playing like crap on offense but our defense is what’s been winning these games.”