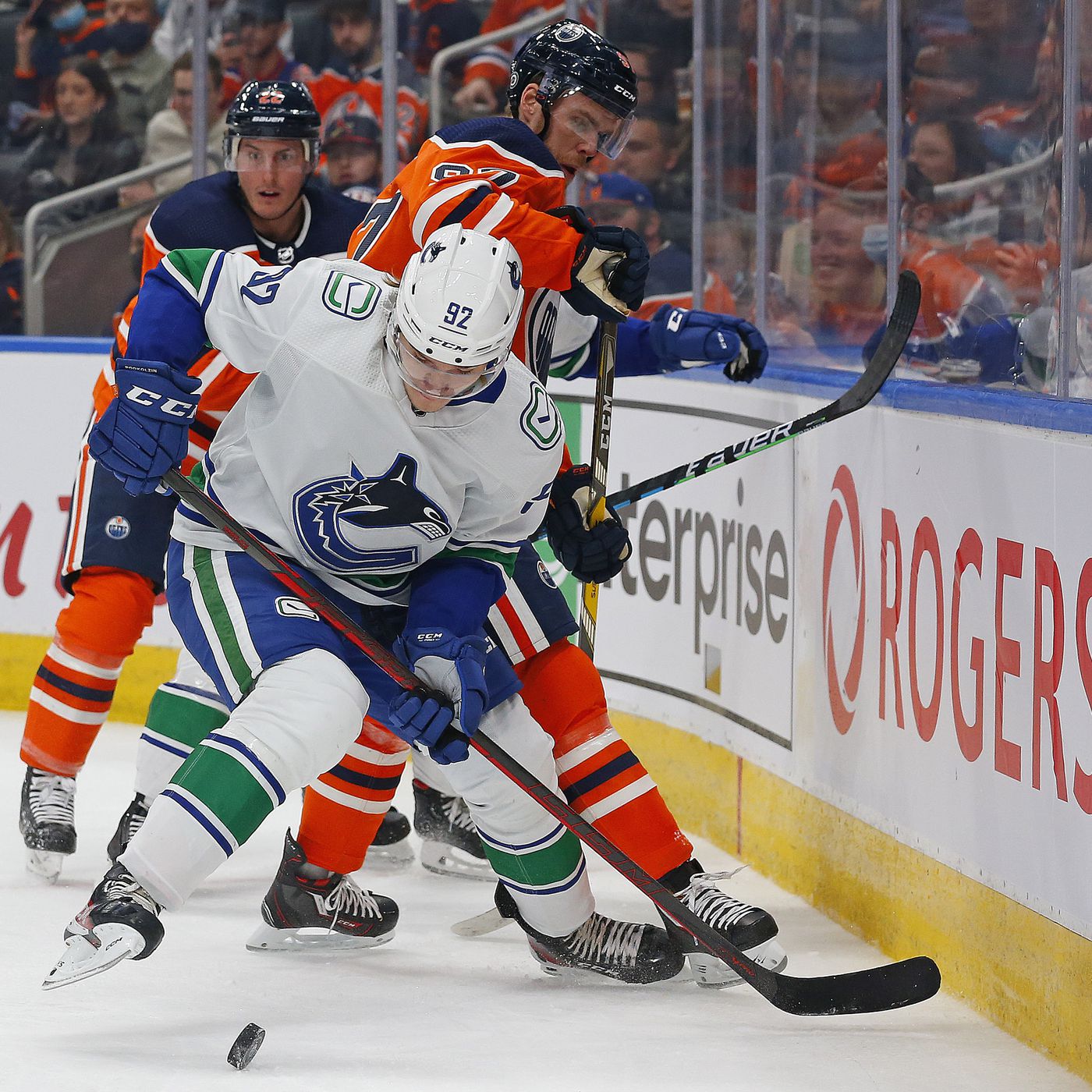 The first month of the new NHL season comes to an end tonight for the Oilers as they look to end it on a high note against Vancouver. The Oilers come into this game with a 5-1-0 record after dropping their first game of the year to the Philadelphia Flyers back at Rogers Place this past Wednesday night.

The Canucks come into tonight’s game with a 3-4-1 and are looking to put a halt to their current losing streak. The last time these teams played was back in Edmonton which opened the season for both teams back on October 13th, a game that would see the Oilers win 3-2 in a shootout.

Edmonton: The Oilers once again need to get forwards to the net in five-on-five and man-advantage situations. Jesse Puljujarvi and Zach Hyman have both been rewarded greatly early on this season hanging around the creases of opposing goaltenders.

Vancouver: Stay disciplined. The Canucks right now can’t take any chances playing a man down against the team operating at a 48.6% powerplay percentage with nine goals, the best in the league. Vancouver’s penalty kill rate is also sitting below 80 percent. Not ideal for Travis Green and company.

Edmonton: Ryan Nugent-Hopkins may not have scored yet this season but that doesn’t mean he hasn’t been making an impact. The most tenured player on the roster has nine assists which is the second-best mark in the NHL so far. Expect RNH to be busy again in the offensive zone.

Vancouver: Conor Garland has stepped up from Day 1 in a Canucks uniform as he leads the team in scoring with eight points in eight games. Garland has been an effective scoring option on a team that wants to do more in the Pacific Division.

Yesterday, the Oilers met with NHLPA Executive Director Don Fehr on his fall tour with players.

It obviously is a great thing to see players speaking out on how poorly the NHL and NHLPA handled the matter of Kyle Beach’s sexual assault and Fehr’s tenure as Executive Director of the NHLPA has as such come under fire. The PA will have a meeting on Monday to discuss Fehr’s future which very well rightfully could be coming to an end.