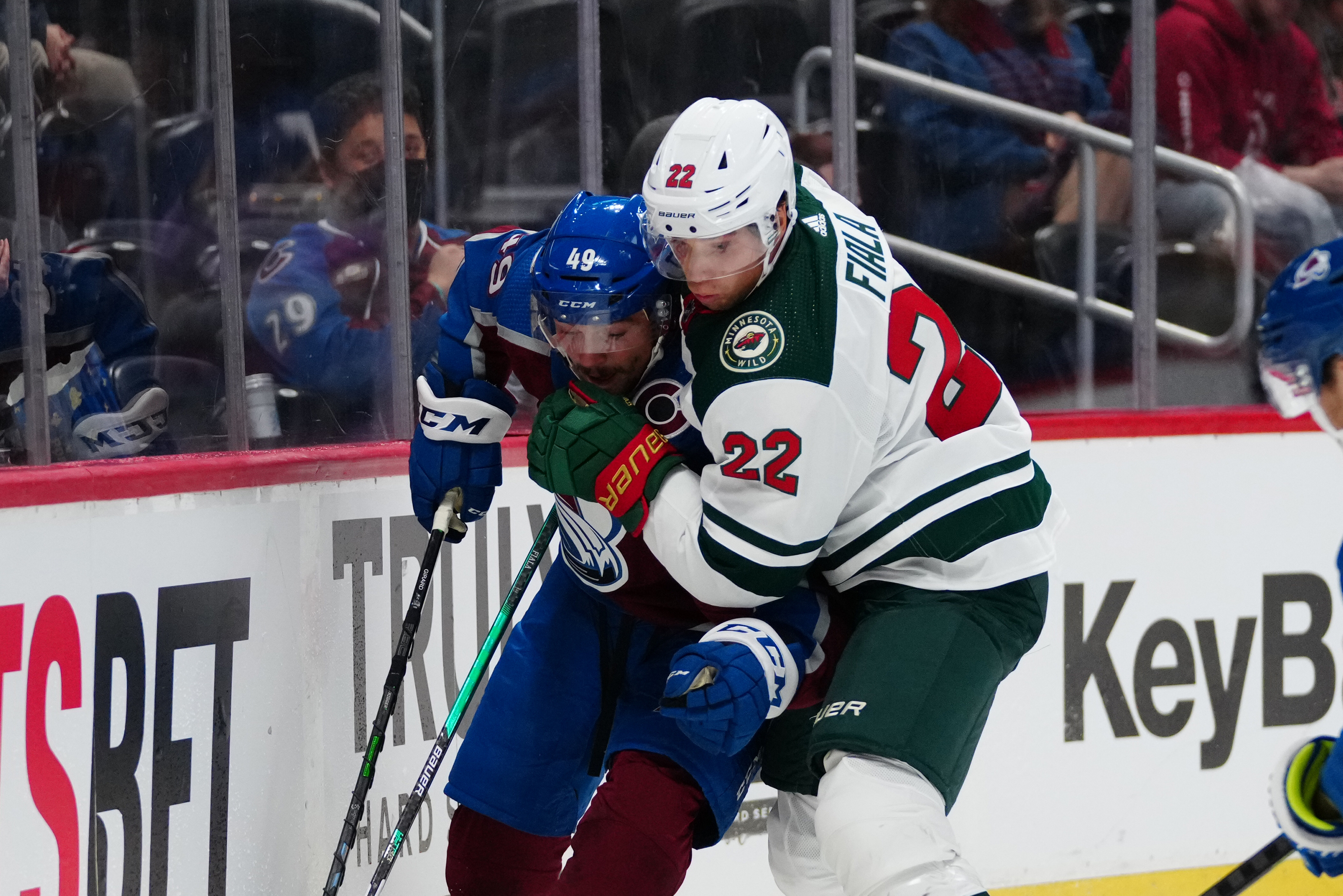 Happy Halloween to everyone who celebrates it!  So before you go out trick-or-treating with your own kids, or prepare for the ringing of door bells and giving out delicious treats to costumed visitors, I hope last night’s Minnesota Wild’s 4-1 loss to Colorado doesn’t haunt you too much.  It really shouldn’t, because I think most of us expected it to end up that way that it did.

In fact, the true haunting came a little earlier in the week in an embarrassing 4-1 loss to Seattle on Thursday.  That was a game where beyond some stellar play by Cam Talbot and Ryan Hartman the game was largely characterized by a lack of effort.  Especially among its more well-paid players the team appeared to mail it in and were thoroughly outworked and outplayed by the Kraken.  Covid-19 and injuries did force the team to call up some players as well as use Jordie Benn who had been a healthy scratch for a while and didn’t do anything to make us wish he wasn’t one yet again.  But he wasn’t the only player whose performance was underwhelming.

Wild Head Coach Dean Evason said after Thursday’s game, “Yeah, we didn’t like them together, obviously, they just didn’t look right to us, and they weren’t doing a lot of the same things that the group was trying to do” in reference to their attempt to spark a better performance from star wingers Kirill Kaprizov and Kevin Fiala.  Kaprizov showed a little more fire the last two games as he’s trying to put an end to his now 8-games and counting goal-less drought.  Fiala was mostly invisible and neither player seemed to exhibit any special chemistry with one another.  Evason hinted after Thursday’s debacle in Seattle, that the two players were chasing after individual points rather than playing a team game.

On Saturday night, the overall team effort was better.  Dmitry Kulikov was back in the lineup and call ups Adam Beckman, Kyle Rau and Calen Addison helped make the team seem more cohesive.  Addison looked good playing along side Jon Merrill and Beckman was his normal assertive self and ended the night with 3 shots on goal.  Kulikov had a scary moment when he took a Cale Makar slap shot to the back of the helmet that sent him racing to the Wild locker room but he would return and I felt he was one of Minnesota’s better defenders last night.  Sadly, when that happened Adam Beckman was about to race in on a breakaway as the Wild penalty had just expired allowing him to step out of the box and behind the Avalanche defense when the play was whistled dead.

Kevin Fiala probably needs his face placed on a milk carton and marked missing.  He seems genuinely uninspired and seems to be distancing himself more and more from the team.  He certainly knows that a slow start offensively isn’t going to help him reach his goal of netting a big money contract from the Minnesota Wild or anyone else.  Don’t be surprised if you see any flyers hanging up around St. Paul asking where Kaprizov’s goal scoring ability has gone, because he seems to have lost it since last season.  All kidding aside, this team needs these two players to start factoring more on the score sheet and lighting the lamp.  Simply put, 1 goal between the both of them through 8 games isn’t going to get it done.

Ryan Hartman netted his team-leading 4th goal of the season on Saturday night and has been one of the few players that are ‘bright spots’ for this club the last few games.  His effort at both ends of the ice where he’s physical but also showing some offensive prowess has been really the Wild’s only offense to speak of.  Talbot also played fairly well in both games and while these are his two losses this season he kept the team in these games for long enough for the club to have had a chance to rally around him.

The team returns to Minnesota to face a young and talented Ottawa Senators team on Tuesday and then for back-to-back games next weekend against Pittsburgh and the New York Islanders respectively.  Hopefully the opportunity to practice will help this club perform to their capabilities no matter if the lineup features more young players than it normally would.

What did you think of the Wild’s performance through these last 3 games?  Tell us on Twitter at @CreaseAndAssist! 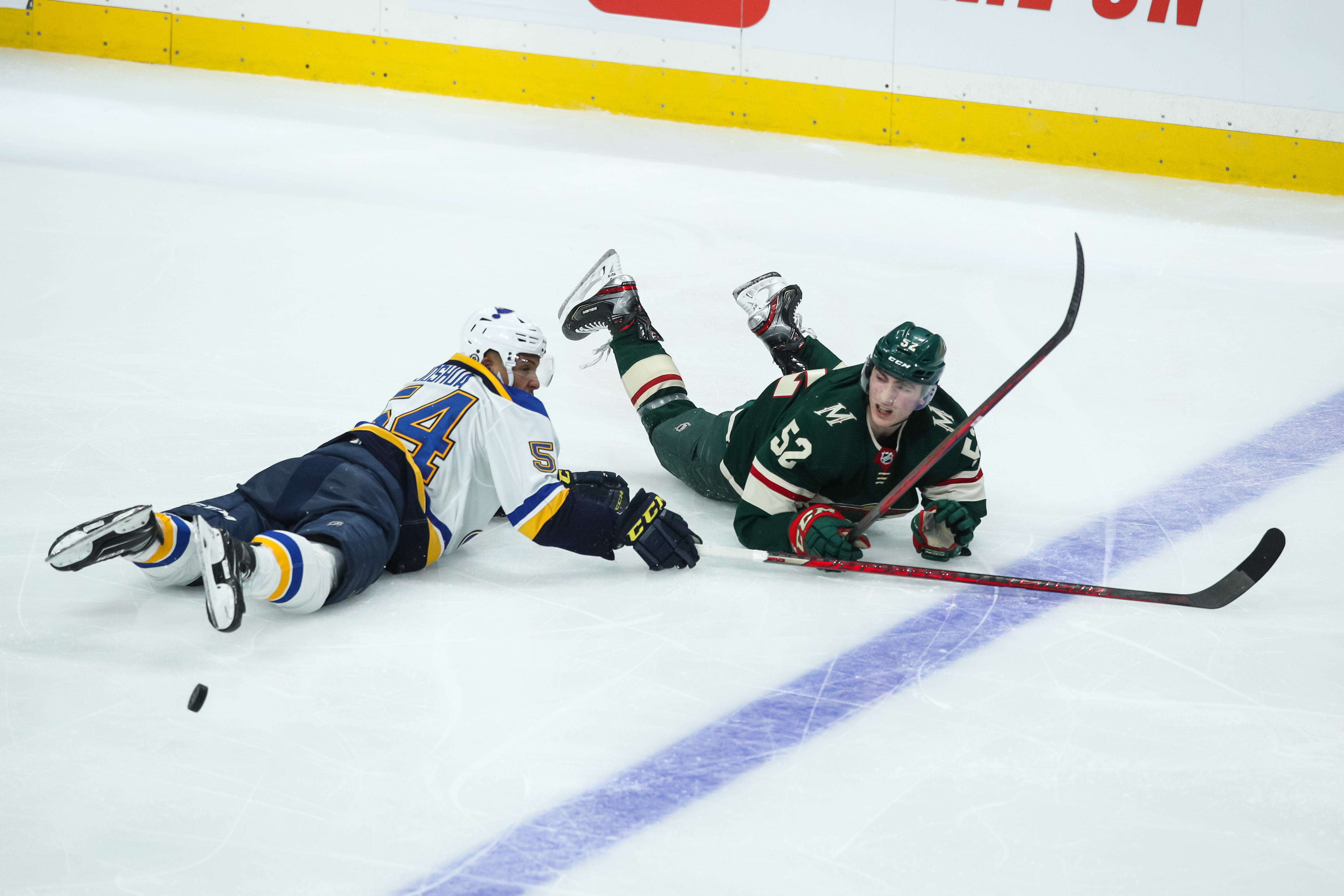 The Chinese symbol for misfortune is the same as the symbol for opportunity.  While no one wants to see or hear others getting Covid-19 or suffering an injury but it does provide chances for younger players in the Wild’s system to have a chance to showcase what they can do.  For some Wild fans, especially those who felt that players like Adam Beckman, Calen Addison or Connor Dewar who had strong training camp performances get a chance to prove the organization should not have sent them back to Iowa.  Or do we find out that while they may have looked decent in pre-season play, that’s a big difference from regular season action.

Dewar looked decent in his NHL debut, providing some hustle, grit and having the initiative to look for chances to shoot against Seattle.  The Pas, Manitoba-native was having a decent start to his season in Iowa before getting called up.

Now the same is true for Adam Beckman who was called up yesterday as Jordan Greenway was sidelined with a lower body injury.  Beckman had 4 goals in the pre-season and his ‘shoot-first’ mentality made him really stand out.  With the goal-scoring struggles of Kevin Fiala and Kirill Kaprizov, can Beckman perhaps help inject some youthful energy into the top 6 to get them both going.

Calen Addison probably also should’ve made the team, but the team decided it wanted to make sure it had some more grit available in its blueline so it signed Jordie Benn late to provide some of that sandpaper and that took the spot that Addison was likely hoping to have.  So instead he was sent down to Iowa to play big minutes there and be used in all situations like he will be when he eventually plays a role on the Wild’s top 4.

Only time will tell if these players do enough to force the club to make the roster move permanent or at the very least give the organization a better idea of whether they fit into the team’s future plans. 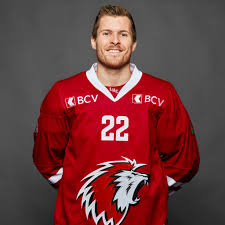 Where are they now? C/W – Christoph Bertschy (Lausanne HC, NLA)

The former 2012 6th round pick (158th Overall) of the Minnesota Wild is playing at nearly a point-per-game pace with Lausanne of the Swiss National League with 7 goals, 17 points in 18 games.  Bertschy played in 9 games with Minnesota over the part of 3 NHL seasons from 2015 to 2018.  He spent most of his time with the team’s AHL affiliate in Iowa where he scored 30 goals and 76 points in 184 games with the ‘baby’ Wild.  Since then he’s returned to his Swiss homeland and has starred in the NLA and represented his nation in international tournaments like the World Championships.  He currently is the alternate captain for Lausanne.

LW – Nikita Nesterenko (Boston College, H-East) ~ the skilled left winger had 2 assists in the Eagles’ 5-4 overtime loss to Vermont on Friday.  Nesterenko has 3 goals, 7 points, 4 PIM’s and is +6 in 7 games.

C – Jack McBain (Boston College, H-East) ~ the senior power forward is off to a fast start as he had a goal on 3 shots in Boston College’s 5-4 OT loss to the Catamounts on Friday.  He followed that up with 2 goals on Saturday in Boston College’s 3-2 win over Vermont.  The Toronto-native leads the Eagles in scoring with 5 goals, 14 points, 4 PIM’s and is a +6 in 8 games.

RW – Josh Pillar (Kamloops, WHL) ~ The scrappy winger had a goal on 5 shots in Kamloops 7-1 blitz of Victoria last night.  On Saturday, the fiesty alternate captain of the Blazers had no points on 2 shots.  Pillar has 5 goals, 13 points, 11 PIM’s and is a +5 in 9 games.

RW – Pavel Novak (Kelowna, WHL) ~ The small but skilled forward had an assist on 1 shot and finished a +1 on the evening in the Rockets’ 7-2 loss to Vancouver on Friday.  On Saturday the Rockets’ sniper was in full effect as he netted a hat trick and 1st Star honors on 6 shots in Kelowna’s 5-4 OT win over Victoria.  Novak has 5 goals, 10 points, 2 PIM’s and is a +1 in 6 games.

D – Filip Johansson (Frolunda, SHL) ~ The Wild’s 1st round pick from 2018 is showing more and more promise.  He is steadily earning more ice time and opportunity on Frolunda and the points are starting to accumulate.  Johansson has 2 goals, 7 points, 2 PIM’s and is a +6 through 13 games.

G – Jesper Wallstedt (Lulea, SHL) ~ The Wild’s top pick from 2021 has had a solid season so far in Sweden’s top league.  He earned another victory this week which improves his record to 6-4, with a 2.03 goals against average and a .913% save percentage.