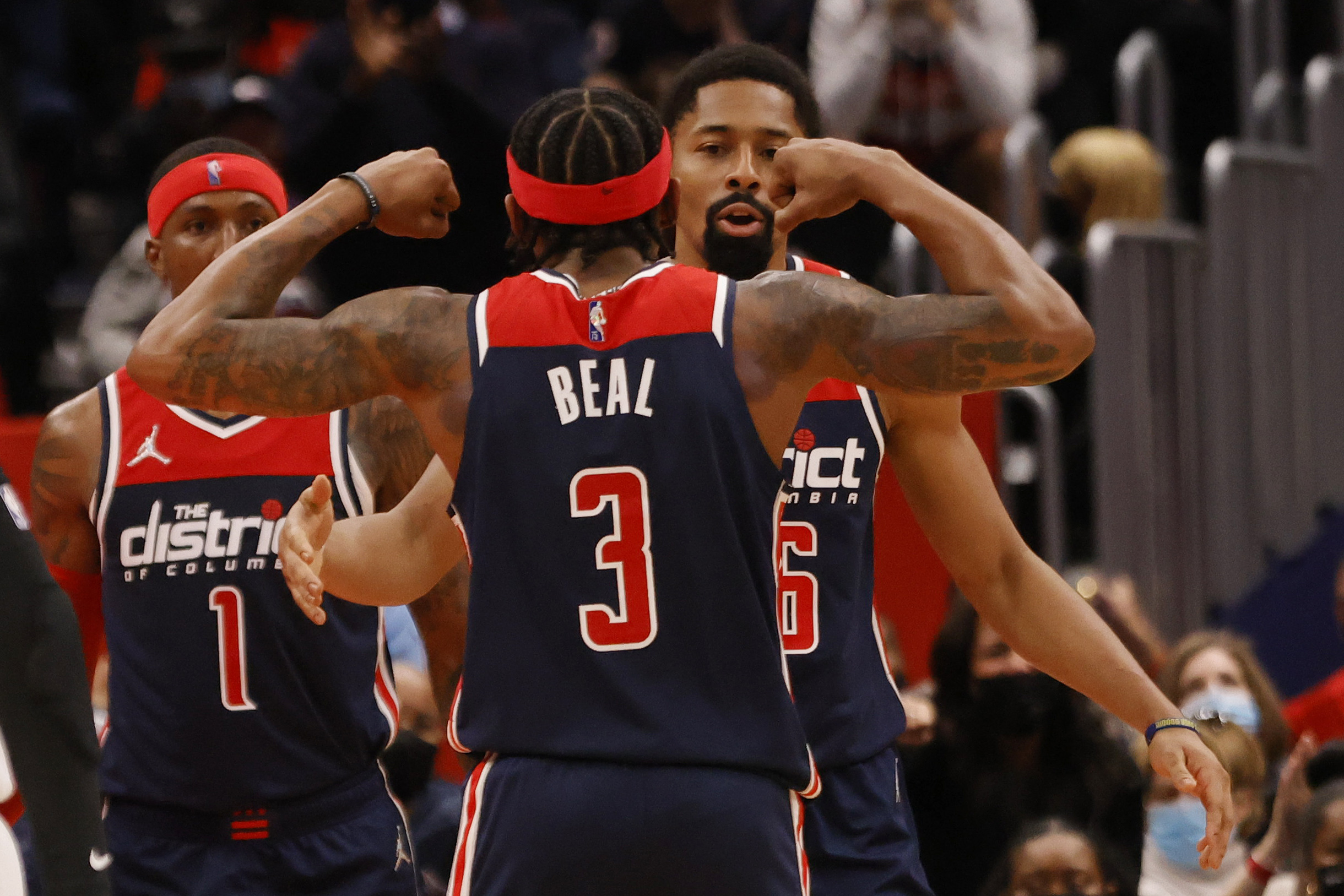 For just the third time in franchise history and the first time since 2005, the Washington Wizards are off to a 5-1 start. It took double overtime but in the end the Wizards won a game that they might not have won in years past in a 115-112 effort. Here are the best quotes of the night from Wes Unseld Jr., Kentavious Caldwell-Pope, Montrezl Harrell, and Bradley Beal.

Bradley Beal even described the team as resilient:
“We’re resilient, I’ll use that word. We showed a lot of resiliency and we don’t panic… We stay calm, poised, it’s a game of runs: we’re going to go on a run, they’re going to make a run. But we trust our defense. Our defense, that’s the reason we’re 5-1. We’ve shot the ball like crap the first six games and our defense is literally what wins us these games.”

Montrezl Harrell on the mental aspect of the game:
“I dedicate myself to this game. Every summer, I kind of don’t really change. I play in different tournaments and summer leagues and work with my trainer. Obviously, I don’t have to re-motivate myself but as far as the mental aspect, I’m still dealing with that every day… Every day is a different coping mechanism. Some days I wake up and there’s nothing in the world that can really bring me down… Every day is a learning process but I got the right support system around me.”

Kentavious Caldwell-Pope on the team’s resiliency:
“It says a lot about us. We’re going to fight until the end no matter what it is. Like coach said, no matter how ugly the win is we got the win and we’re still learning. Turnovers, we’re gonna have them… It’s all about staying together and just getting the job done.”

Wes Unseld Jr. on Kyle Kuzma, who dropped 17 points and a career-high 17 boards:
“Kyle has been like a glue guy. We’re asking him to be 3, 4, 5, he’s done a tremendous job on the glass, at times bringing the ball up so he’s been asked to do quite a bit and he’s played heavy minutes so it’s been remarkable to see him respond the way he has. But it’s great for us because we need his flexibility, we need his ability to do a number of things and his defense has been great. So you bring all that in one, it’s a really good asset to have.”