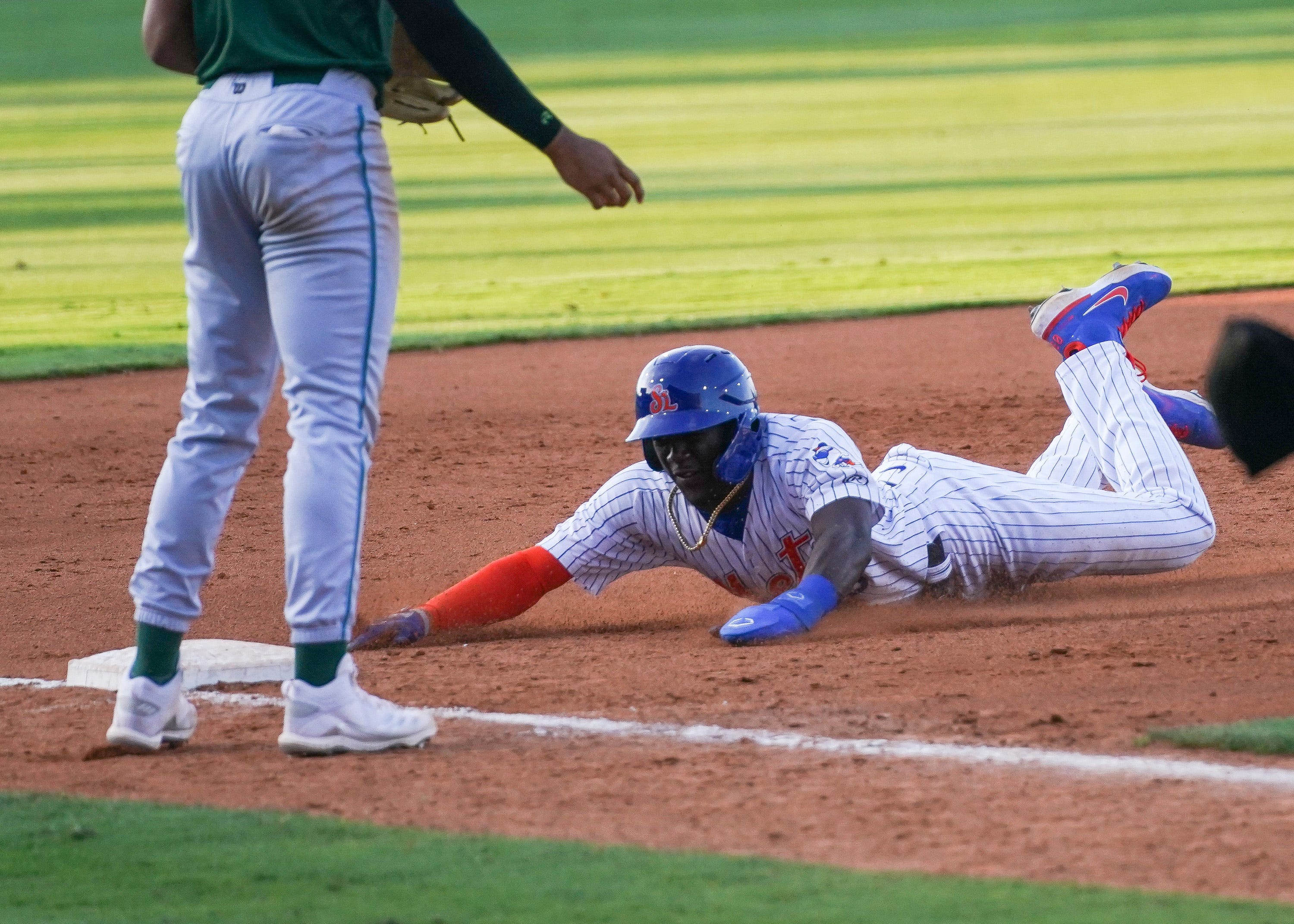 Story: The reshuffling of the minor league ladder resulted in a change of status for St. Lucie, which went from being the High-A affiliate of the New York Mets to the Low-A one. The reshuffled Southeast League featured 10 teams, with the Mets winning the East division with a record of 60-55. The condensed season due to the pandemic led to a shortened postseason for the Southeast League, which only brought the two teams with the best records into a championship series, both of which were in the West division. Despite the disappointment of not reaching the postseason the Mets organization has to be happy with the work that manager Reid Brignac did in player development.

Top Promotion: The St. Lucie Mets celebrated Christmas in July with a special night on July 23. There was a Pete Alonso bobblehead giveaway at the gate and Santa himself even made an appearance at Clover Field.

OF Alex Ramirez: Ramirez, who the Mets signed as an international free agent back in 2019, made his professional debut this season and held his own against older competition in the Southeast League. In 76 games for St. Lucie, Ramirez hit .258 with five home runs, 35 RBI’s and 16 stolen bases. Ramirez, who is rated as the Mets’ seventh best prospect according to MLB.com, should begin next season with High-A Brooklyn as the Mets try to nurture his five-star potential.

SS Jaylen Palmer: Palmer, the Mets’ 22nd round pick in 2018 from right down the road (Holy Cross High School in Flushing), had a strong year for St. Lucie, batting .276 with two home runs, 24 RBI’s and 23 stolen bases in 66 games. Rated as the Mets’ 15th best prospect according to MLB.com, Palmer earned a late-season promotion to Brooklyn and should begin 2022 there as well.

3B Jose Peroza: Peroza, who the Mets signed as an international free agent in 2016, built on a breakout 2019 campaign with St. Lucie. In 64 games for the Mets this season, Peroza hit .274 with seven home runs and 47 RBI’s to earn a place on the Southeast League’s All-Star Team. Peroza was also promoted to Brooklyn late in the season and should begin 2022 with the Cyclones if he is not claimed in the Rule V Draft.

Check back next week as our Minor League Mondays Affiliate Review Series continues to climb the ladder with a look at the High-A Brooklyn Cyclones!