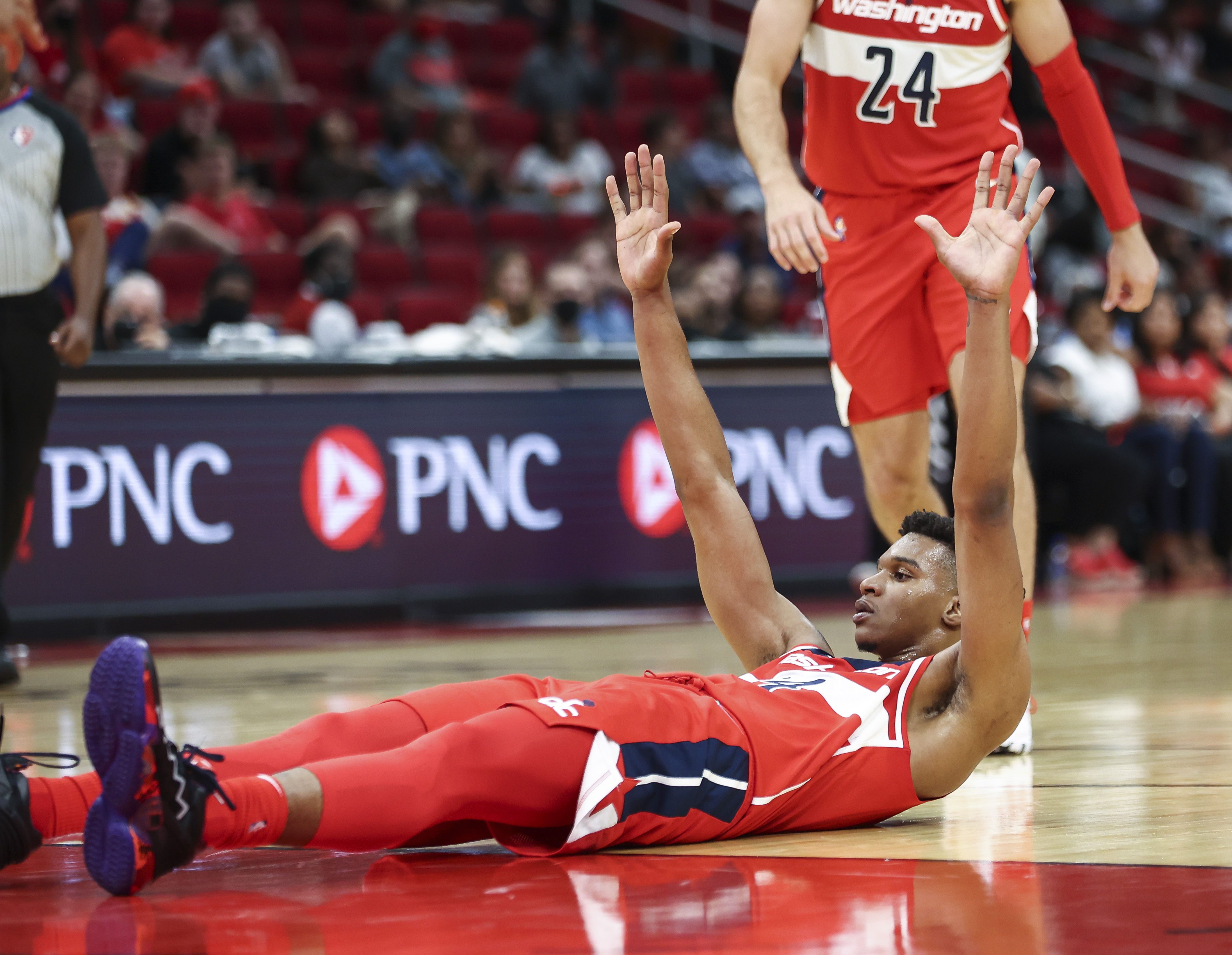 With the G League season returning to some semblance of normal after last season’s abbreviated schedule in the bubble, the newest Capital City Go-Go brain trust of general manager Amber Nichols and head coach Mike Williams answered questions on Media Day following the completion of training camp last week. The Go-Go’s season starts on Friday, November 5th with the season and home opener against the Westchester Knicks, which will also be the matchup the following day as part of a back-to-back. Wizards two-way guard Cassius Winston may not play in those contests as he is on the back end of his recovery from a left hamstring strain that has sidelined him for weeks. As has been clearly defined by Wizards general manager Tommy Sheppard flowing down to the Go-Go, the primary focus of the G League franchise is to develop talent for the NBA club.

“Isaiah’s focus is definitely going to be on the defensive side of the ball first. Definitely utilizing his length to be versatile perimeter defender for us. Offensively you obviously want him to continue to work on his shooting ability and being able to stretch and space the floor. Also his ability to be a ball mover and secondary creator from his position. Anything else he can give us, embracing physicality, finishing under contact, improving his touch, I think those are all things we’d like to see from him while he’s with us.”

“Cassius will be our primary ball handler. His job is to organize his teammates, make sure our floor is balanced, and is creating the best shot available, and creating an advantage for our team. He can score the ball, he can shoot the ball, but he can also get in the paint and drive and kick and help guys get comfortable. Amber said it earlier, he’s kind of the vet on our team, which is crazy because it’s his second year as a professional, but he’ll be able to calm guys down especially when the heat picks up. Maybe we’re down 10, 12, 15, G League is kind of crazy like that. He’ll be cool, calm, and collected.”

“Joel being one a versatile defender, kind of guard 1 through 4 on some nights. Being in the passing lanes, being a disruptor, using his length. He can do all that stuff for us. Offensively, being a ball handler for us, either primary or secondary, he’s an excellent cutter and an excellent passer, being able to draw attention to himself and make the right play he does very well. Also just making the open shot, too. He’s a much better shooter than I think he gets credit for. So he’ll be able to spot up and knock down threes for us as well.”