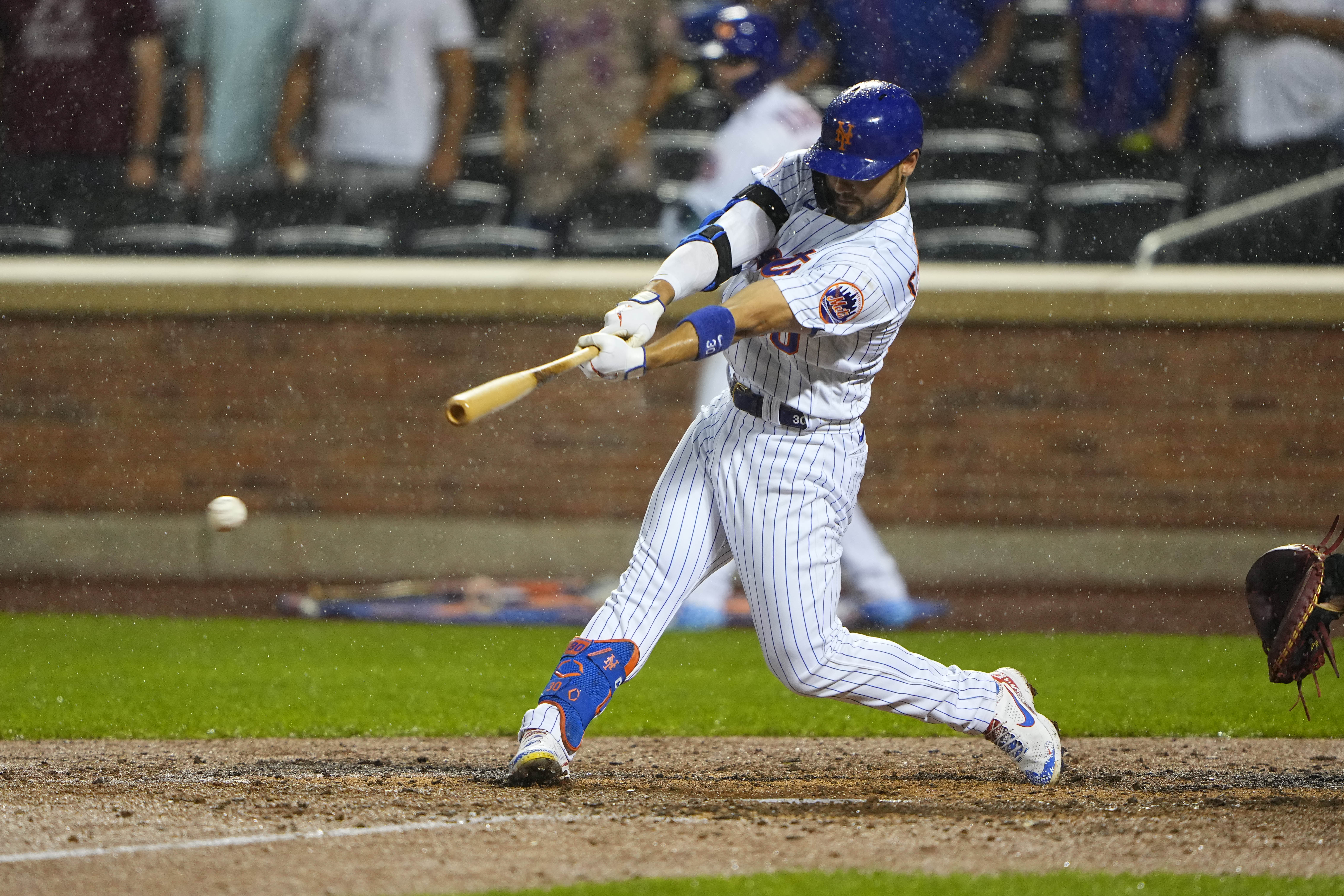 Now that the 2021 season is over for the New York Mets, we have been looking back at the year that was. After taking a more general view of the offense, pitching, and coaching staff, it’s time to take a deeper dive into the Mets’ players. This series will take a look at every player on the roster for the Mets at the end of the season from A (Albert Almora Jr) to Y (Jordan Yamamoto). The review will look at their season statistics, stories, and what role (if any) they will have next season. We continue the series today with a look at outfielder Michael Conforto.

Story: Fresh off a strong 2020 campaign, the question surrounding Michael Conforto entering spring training was whether or not he would sign a long-term contract extension. Those talks were unproductive, leading Conforto to enter his walk year set to test the free-agent market after the season. Conforto started the season slowly, hitting just .211 with one home run and five RBI’s in April, which may have been tied to an impact on his preparation for the 2021 campaign since he tested positive for COVID-19 just prior to the start of camp.

It looked like Conforto was heating up in May before suffering a hamstring injury that knocked him out for six weeks. Conforto returned but his slump continued as he hit below .200 in both June and July, all but cratering his stats entering a walk year. Things improved for Conforto down the stretch as he looked more like his old self over the final two months of the year but it was too little, too late as the Mets found themselves all but buried in the standings at that point.

Conforto’s walk year was an absolute disaster as he posted his worst collective performance since 2016, a year that saw Conforto get demoted to the minor leagues in the middle of the season. The struggles of Conforto were a big factor in the inability of the Mets’ offense to get going all season long.

The Mets have to decide soon whether or not to extend a qualifying offer to Conforto, who could earn roughly $19 million in 2022 if he accepts it to try and rebuild his value after a bad 2021 season. The QO makes sense for the Mets, who like Conforto on a one-year deal and could then receive draft pick compensation if he leaves in free agency. Early indications are that Conforto will reject the offer, instead trusting agent Scott Boras to find him a worthwhile multi-year deal on the open market. The Mets will likely watch Conforto’s market to see what kind of offers he gets but the smart money is on Conforto going elsewhere as the Mets look to reshape their core.

Check back tomorrow as our Player Review Series continues with a look at third baseman J.D. Davis!