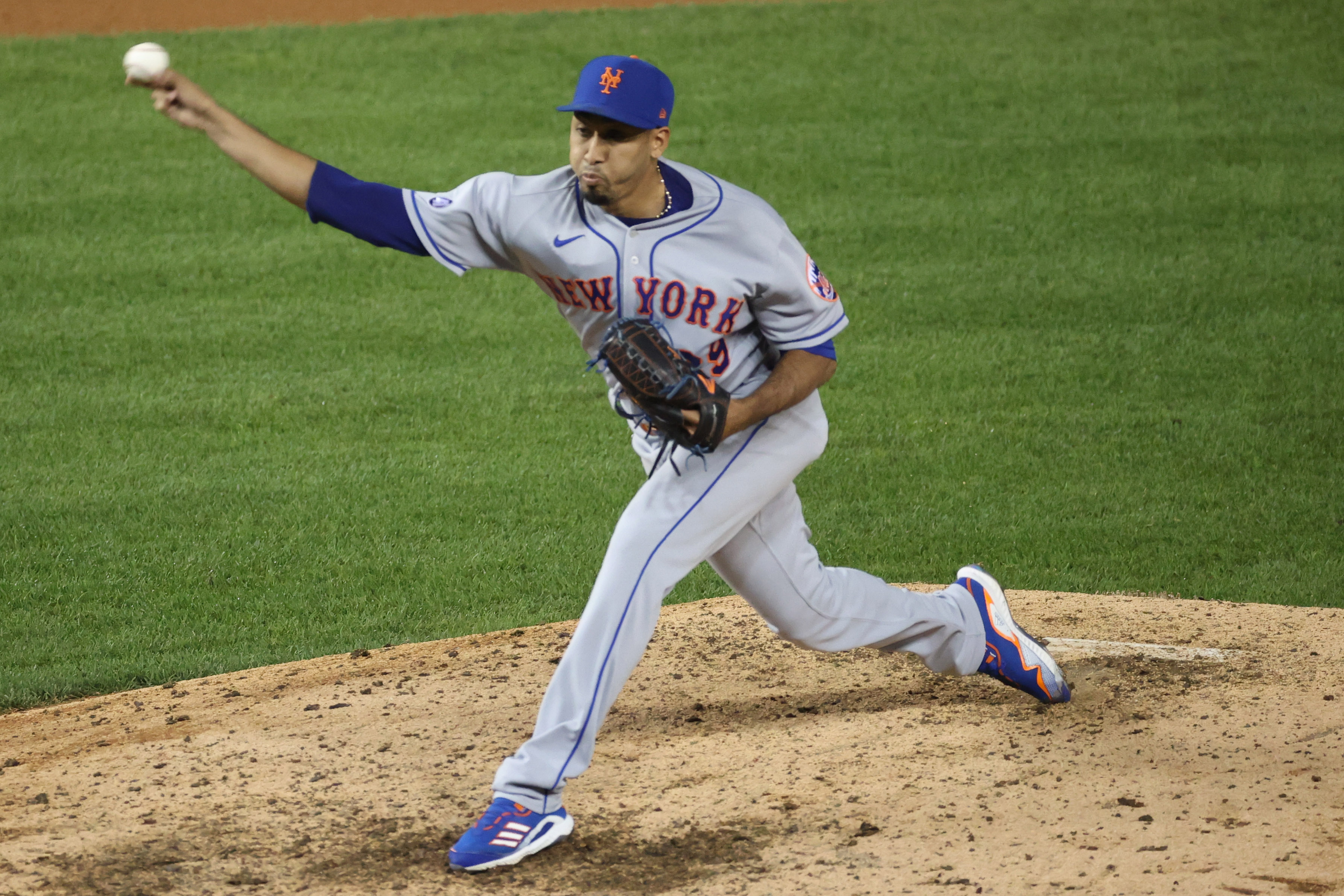 Now that the 2021 season is over for the New York Mets, we have been looking back at the year that was. After taking a more general view of the offense, pitching, and coaching staff, it’s time to take a deeper dive into the Mets’ players. This series will take a look at every player on the roster for the Mets at the end of the season from A (Albert Almora Jr) to Y (Jordan Yamamoto). The review will look at their season statistics, stories, and what role (if any) they will have next season. We continue the series today with a look at relief pitcher Edwin Diaz.

Story: After a strong 2020 campaign, Edwin Diaz entered 2021 firmly entrenched as the Mets’ closer. Diaz managed to maintain the closer’s chair for most of the season and was largely effective but a few notable meltdowns continued to give the Mets’ fans reason to distrust him. Several of Diaz’s blown saves came at inopportune times, including a pair of blown saves against the Pittsburgh Pirates in mid-July that set the stage for the team’s second-half collapse and a meltdown on Labor Day in Washington that helped put the nail in the coffin of a late comeback attempt. Diaz’s overall numbers were good although his ERA in non save situations (4.07) was more than a run higher than his ERA in save situations (3.05).

On the whole, Diaz was a solid closer for the Mets. The non-save struggles and ill-timed meltdowns, especially week-long stretches in July and September that accounted for five of his six blown saves, keep him from getting higher than a B.

As much as Mets’ fans would like to see the team move on from Diaz it’s not going to happen. There simply aren’t good enough options available to upgrade on Diaz, necessitating a return from him to play out Diaz’s final year of team control. The Mets will likely listen to offers for Diaz from other teams but won’t actively shop him since it would create another hole to fill in an offseason where they have a lot of them to address already.

Check back next week as our Player Review Series continues with a look at relief pitcher Yennsy Diaz!