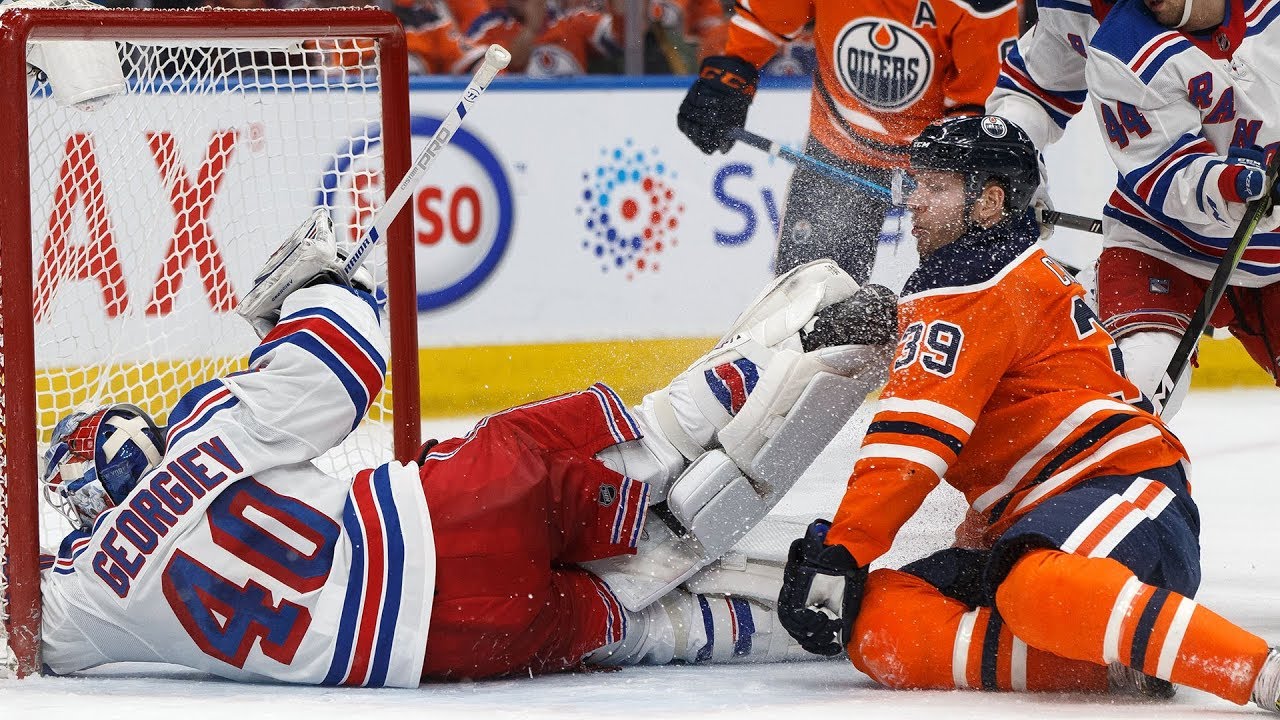 Things are still running smoothly for the Oilers, coming off a pair of 5-2 wins to start the month, against Seattle then Nashville.

Meanwhile the Rangers are in town for the 3rd stop of their Northwestern tour, defeating the Kraken and falling to the Canucks in overtime, leaving them with a 6-2-2 record in their first season under Coach Gallant. The Rangers have a lot of talent at every position, but have been on a quest to return to a playoff spot by adding grit to their lineup. For one reason or another, I think the Rangers will be able to qualify for the playoffs this season, and they are without a doubt a worthy opponent.

Koskinen is expected to start for the Oilers, as Mike Smith seems to be nearing a return soon. The veteran netminder has had a renaissance of sorts, perhaps unburdened by an expiring contract and playing behind a quality team. Alexandar Georgiev will get his 3rd start of the season, and is a streaky goalie who can steal the odd game.

Edmonton: Tight checking. Despite the names on the back of their jerseys, the Rangers have had a poor start to the season offensively, ranking near the bottom in many statistical categories, including 27th in goals for with an average of 2.4 per game. Zibanejad famously scores in bunches, but forcing the Rangers to have to fight for every opportunity should help keep the talented group dormant a while longer.

Breakouts: this is an area that wasn’t fantastic against Nashville, and the Rangers are likely to play a very direct, straight line, forecheck heavy game. The blueline will no doubt be under pressure, so all 5 will have to be on the same page to counter attack quickly via clean zone exits with control.

New York: Penalty kill. With the Oilers pp unit operating at an absurd 46.4% how can it be anything else? The Rangers have had strong defensive results early into the year, including the penalty kill which is ranked 9th at 86.1%. In a way this is a good strength in strength matchup, and we should expect a Rangers team that plays similar to the early Gallant Coached Vegas teams.

Edmonton: Ryan and Shore were switched last game to great effect, which speaks to the top 6/ bottom 6 nature of this forward group. To have Shore continue pushing for more time is a good thing for the Oilers depth.

New York: with a slow start to his sophomore season Lafreniere has been sliding down the lineup, and could be moved off the 3rd line tonight. Ryan Reaves has been practicing and might return from injury. Nils Lundqvist has been in and out of the lineup, earning limited icetime in his rookie season. Meanwhile Igor Shesterkin will be in net for the Rangers, who is one of the best of the goalies truly coming into their own will play tomorrow against Calgary.

Edmonton: Leon Draisaitl. Why not? Leading the team in points, the change up to McDavid’s fastball, and likely the most accurate one-timer in the game right now. I’ve been scheming up a longer breakdown of the Oilers power play, most of which hinges on the way the top group is able to stay multiple by McDavid and Draisaitl changing sides so often, rotating in and out of each other’s spots, and their ability to make plays from either side.

New York: K’Andre Miller. There’s a lot of intrigue with this Rangers lineup, including Norris winner Fox, his under appreciated partner Lindgren, and former Oiler Ryan Strome, but it’s definitely impressive to consider how quickly Miller has earned a top 4 spot on this blueline. He is a good skater and has a good defensive stick, as well as solid passing and puck skills, and looks to be set up for a long career as an impact defender. It’s fair to wonder if he might be doing more for Trouba than the other way around, but at this point they appear to be sticking together even given the coaching change from Quinn to Gallant. Plus, Miller usually brings the heat pregame for those into gameday outfits.

There will be a ceremony to honour Kevin Lowe before warm ups.

“We haven’t really talked a lot about 8-1 or 7-1, we’ve talked about our game, where we can improve, and what we like about it” said Coach Tippett during availability yesterday, “we like where we’re at, we feel like we’ve done some good things to get here, but I think there’s lots more upside in our group yet”. This quote clearly shows the team’s current state of mind, as did Draisaitl passing off the opportunity for an empty netter that would complete a hat trick. The attitude of the group continues to be even keeled and focused on the details and the process of their game instead of personal accolades. Especially for McDavid and Draisaitl, the quest for trophies beyond the individual glory of a Hart, Art Ross, or Rocket Richard, is visibly the only priority.

There have been a lot of fan reactions as to how the Rangers draft and development program has been functioning, in part due to underwhelming early seasons from Kakko and Lafreniere, but also with Vitali Kravtsov asking for a trade like Lias Andersson before him. Hopefully our former Oilers Rig writer Alex Thomas can help turn around some of the bad vibes that have followed AHL Hartford recently, especially given the talent down there at the moment.

Kakko has shown some signs of stronger play, and I would expect he and Lafreniere to be able to put together breakout seasons next year. For now, the bark of this Rangers forward group might be worse than their bite, but with some improvements from their young talent the Rangers could begin to re-establish themselves as a perennial force in the Metropolitan Division.

The Rangers play tomorrow night in Calgary. The Oilers are off until Tuesday at Detroit.