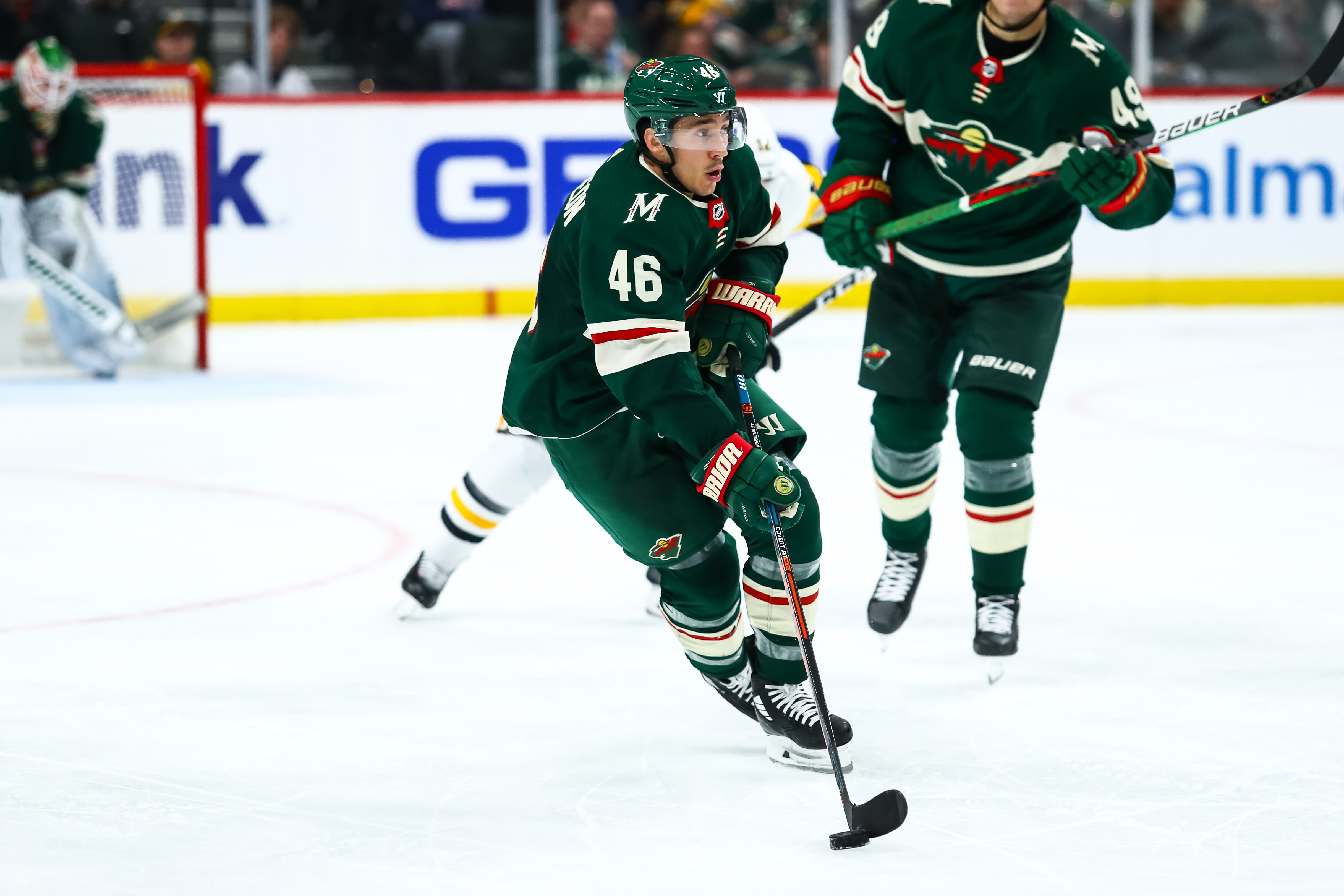 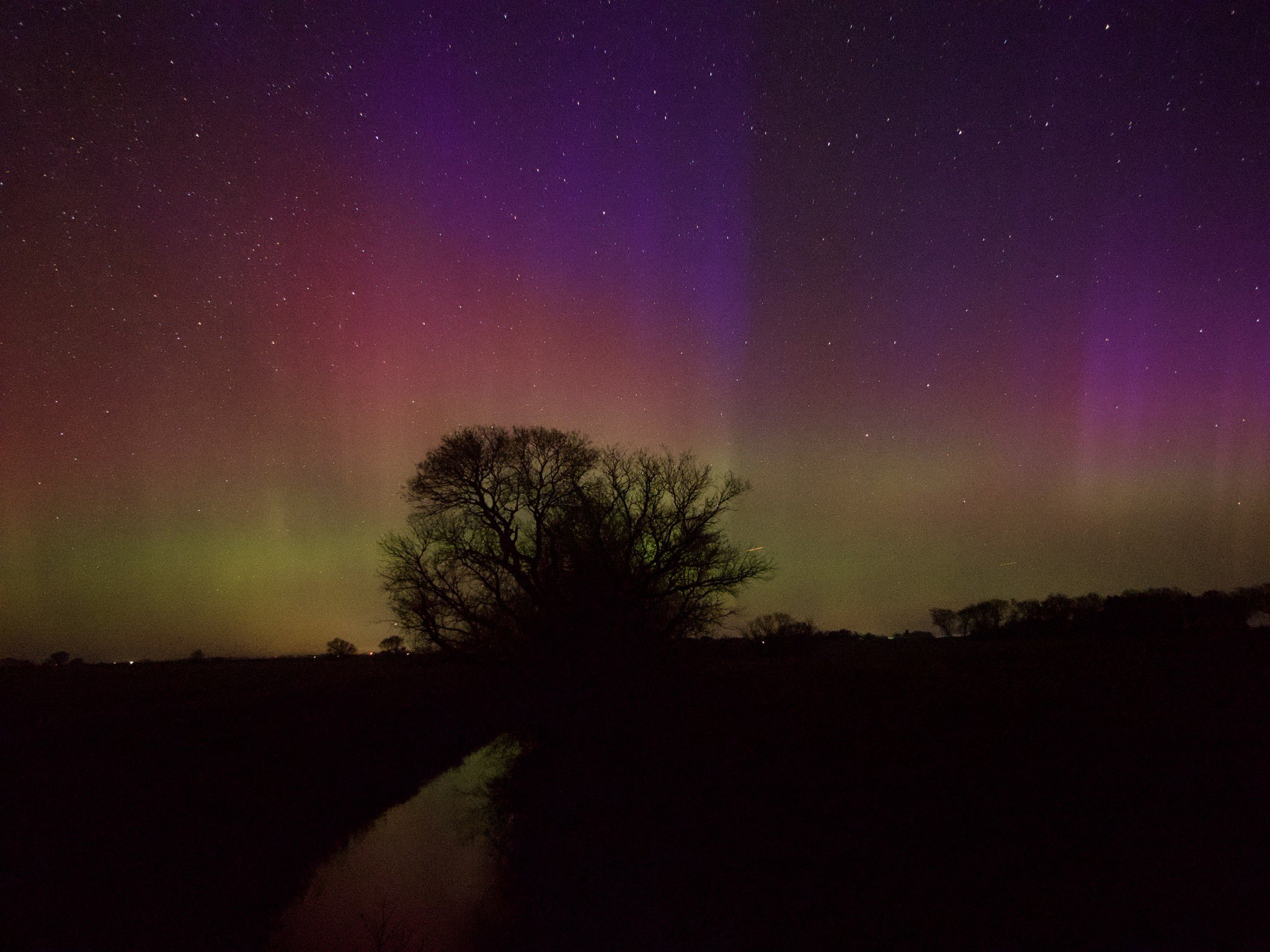 Last weekend, those of us living in vast swaths of the northern portions of North America were told that we had the possibility of viewing the Northern Lights. This possibility was due to a massive solar flare/storm. Derek and I took a midnight drive out to the country, and sat. And sat and sat. Sure the stars were bright and beautiful, but as someone who has lived in Minnesota and Wisconsin for pretty much her entire life, I have never seen the Northern Lights. However, it seems that for people in northern Minnesota, Thursday night was the night for the epic light show. And looking at the pictures that people have posted, it appears it was a better show than what we were promised last weekend. Last weekend, all we were promised was the eerie green color. In some of the pictures, sure they had green, but they also got red and blue. In a way, I suppose it makes sense that it would be now that we’d be seeing this phenomenon, as it’s this weekend that we turn our clocks back. We now head into the darkest days of the year. I know a lot of people hate that it starts getting dark at 4pm, but honestly I don’t mind it.

So for our last game of Daylight Savings Time, we’re visiting Pittsburgh. This is a strange game, stats-wise at least. If you pull up the skater stats on NHL.com for the Penguins, I can’t remember the last time that I looked at them and didn’t see the names Sidney Crosby and Evgeni Malkin in the Top 5 Scorers, or just outside of the Top 5. So far, Crosby has played only one game this season and Malkin is out after knee surgery. And of course, if you thought you might see Crosby, you’ll have to re-think that one as well. Seems that Pittsburgh is dealing with a Covid-19 outbreak on the team, and Crosby being one of the effected. Good times. Joining Crosby on the Covid-19 Protocol list are Brian Dumoulin, Chad Ruhwedel, and Marcus Pettersson. However, they’re not the worst infected team. That dubious honor goes to the San Jose Sharks with seven players on the protocol list. However, I have to admit that I am a bit concerned with the teams that have no players listed for Covid-19 Protocol, but have a bunch of players out for “undisclosed injury.” Right now, according to the injury list on TSN.com, the Florida Panthers have six players out with “undisclosed injury.” Seriously, if they’re injured, just say upper-/lower-body injury, because it looks a lot less suspicious. Now don’t get me wrong, there are teams where there are players listed as Covid and others liked as “undisclosed.” I just don’t like that beyond ambiguous injury listing, as sometimes just upper/lower is vague enough.

One who is foolish, might think to themselves “well since Crosby, Malkin, and Dumoulin are out, this should be an easy win.” Sure, on paper it might look that way. But let’s dig a little deeper. Right now, the Penguins look like a no-name team. Just looking at their Top 5 Scorers, you almost have the reaction of “who are these players?” At least when you get to #5 and see Jake Guentzel you feel like you’re back on solid ground. his means they’re getting scoring by committee. That with their leaders out of the lineup, they’ve stepped up to the plate and try to make a game of things. Yet, you should realize this is a quietly, dangerous team. I would imagine that other opponents have chosen to not take them seriously, much to their detriment. You may also look and say “well they’re in 7th place in the Metropolitan Division.” Yeah, but they’re only two points behind Minnesota who is in 3rd place in the Central Division. The Metropolitan is a beast of a division, and has been for some time. This is the kind of game that rarely goes well for Minnesota.

One can only hope that Kirill Kaprizov finally finding the back of the net, and in overtime no less, has gotten the proverbial monkey off of his back. Now, if he and  Kevin Fiala can continue to score, and keep building, we might be able to escape the full darkness. I just hope that this team doesn’t decide that they need to keep setting up Alex Goligoski in his return to Pittsburgh. It would be silly to do so, as he last played as a Penguin in the 2010-11 season, but sometimes you never know with this team. Minnesota needs to come together as a team and play as a team. The Penguins are a dangerous opponent, because I don’t think they’ve been at the bottom of their division since they won the ultimate in draft lotteries that landed them Crosby. This is an uncomfortable feeling for the team and their fans. The best thing the Wild can do, is avoid the penalty box at all costs. While Pittsburgh’s power play is near the bottom of the league, that doesn’t seem to matter. It’s a night and day difference between Minnesota and Pittsburgh when it comes to penalty kill. And I would imagine that a lot of teams have taken notice of the Wild’s abysmal penalty kill, and actively try to draw penalties, because there’s a good chance of scoring.

If you thought the Northern Lights pictures from northern Minnesota were impressive, do a quick Google search for Thursday night’s light show from Svalbard Island in Norway. It’s a unique location, in that non-Norwegians can move and work there, visa-free. Mind you, it’s beyond expensive, and you have to carry a gun when you walk your dog because of polar bears, but it is gorgeous. In fact, the Northern Lights are so impressive there, because in Svalbard, they have daytime displays of the lights. In December and January, they pretty much get the Northern Lights around the clock. I think I may have found my new place to visit, because for having lived in Minnesota and Wisconsin for as long as I have, I still need to see them. But yes, light exists in the dark.