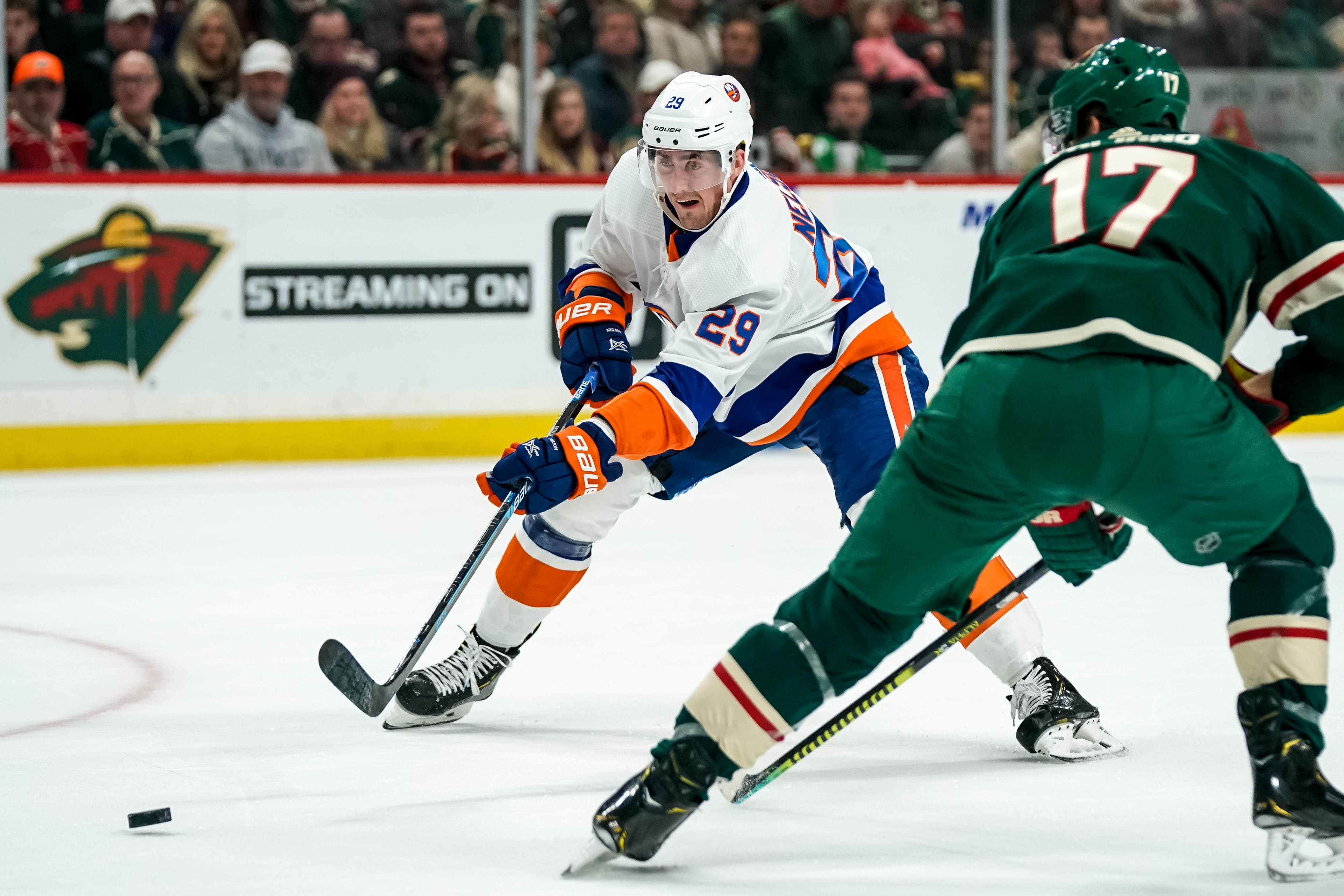 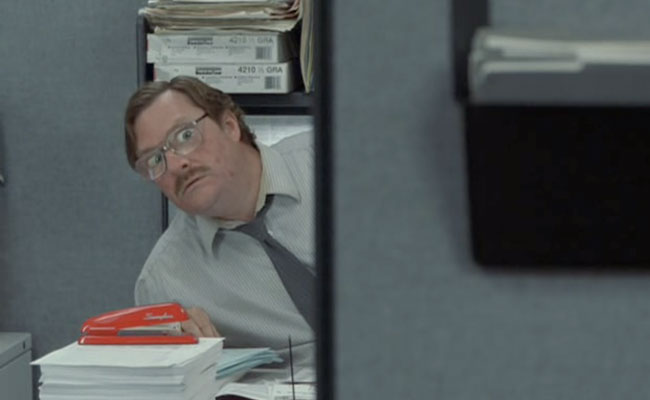 For everyone who has worked in an office setting, there have been times when you clearly felt like you were living in the office of the cult classic movie Office Space. Whether it’s equipment that never works (PC Load Letter), micromanaging supervisors (TPS Reports), or dealing with outside consultants hired to monitor productivity (the Bobs), there’s something that resonates with you. There are days, when you’re like “just let me do my job and stay out of my hair.” Yet in this day and age, especially with so many people still working remotely, the micromanaging has definitely increased. You feel like if you move your pen from the left side to the right side of your desk, you’ll have some manager asking why you’ve done that. Then there’s the character of Milton. We all know that one employee, with the quirks that say “leave me alone and we’ll be fine.” However, he was so left alone in an attempt to push him right out the front door, red Swingline stapler and all.

Tonight’s game has me feeling a bit like Milton. I simply just want to watch the game and hopefully enjoy it. Let me just watch the game without a bunch of superfluous nonsense. Unfortunately, I don’t think we’re going to be allowed to do that. Why, you ask? Well tonight marks the return of Zach Parise to Minnesota, but on the Islanders roster. There has been chatter, that the Minnesota Wild should do some sort of tribute to mark his return. WHY? You don’t honor players that had to be bought out because they wouldn’t waive their No Trade/No Movement Clause. You don’t honor players that were part of the culture problems on the team. But of course because the Wild are firmly entrenched in the “one of us” mentality, as proven by bringing Nick Bjugstad, Alex Goligoski, and Rem Pitlick to Saint Paul. I just want to be Milton tonight, watching a regular hockey game. Don’t subject me to extra “Welcome Back Zach” nonsense. Let me do my job and enjoy a game for the sake of the game.

During last night’s game in Pittsburgh, it was mentioned that Minnesota is either one of the top teams, if not the top team, when it comes to rallying back to win games. Now before we pat ourselves on the back too much (don’t be a Lumberg) for that stat, let’s look a little deeper. While it’s nice that Minnesota finds a way to fight back and get the win, ask yourself this. Why are the Wild continually having to fight back, often late in the game? I would say the biggest reason is the Wild’s continual march to the penalty box would be at the top of the list. Yes, there have been some weak calls by the officials, but I would say most of them are legitimate calls, and Minnesota needs to clean up their act. When you spend as much time as the Wild do shorthanded, it’s going to cost them in the end, and it usually does. And then when the Wild do get the puck on their stick during the penalty kill, they struggle to get the puck out of the zone, forcing the opposition to retrieve and regroup and allowing Minnesota to swap out their skaters. If you spend the bulk of the time in your zone, chances are you’re going to get scored on. And then you have to fight your way back into the game.

Looking at the Islanders’ stats, you might be thinking “whew, this isn’t the Islanders of the past few seasons.” To a degree you’d be correct, however things seem to be turning for the better on Long Island. After a slow start, they are starting to re-establish themselves as a contender in the tough, stacked Metropolitan Divivion. They’re doing that by playing their brand of stifling team defense combined with physicality. A lot of teams will struggle playing against that for 60 minutes. Then if that wasn’t bad enough, in recent seasons, the Islanders have become known for also playing with a counter-attacking offense. That combination is difficult for most teams to contend with, and let’s face it, I don’t think Minnesota is really built to handle a team like the Islanders.

The Islanders, much like last night’s version of the Penguins, is a team that scores by committee. Head coach Barry Trotz is able to roll four lines all game long, and usually they’re able to wear down their opponents. If you wanted to look up “blue collar hockey” in the Hockey Dictionary, the New York Islanders would be the definition. It’s not a pretty style of hockey and even worse, it frustrates their opponents. For a team like Minnesota who is already struggling to stay out of the penalty box, this could end up being a major trap for them. And while Minnesota is trying to just slow down the Islanders, they’re having to fight for every bit of ice that the Islanders don’t give up easily. Having played last night and then hopped on the plane, the Wild are going to be tired, and tonight’s opponent is going to be exhausting.

Remember how I said the Islanders are re-establishing their game to get back to how they’ve been the past couple of seasons? Well that’s really come on as of late. In particular, Warroad, MN native Brock Nelson seems to be leading the charge this week. On Thursday night in Montreal, Nelson tallied four goals, three of which were even strength (the fourth being an empty net goal). All three of those even strength goals were assisted by Anthony Beauvillier. Nelson also tallied another goal last night in Winnipeg. So at least they’re playing back-to-back games combined with travel, but I don’t know if it will make much of a difference. It should also be pointed out, that the Islanders were scheduled to play the first 13 games of their schedule on the road, as their new home on Long Island is completed. Just like the Wild have wondered where Kirill Kaprizov has been this season, Islanders’ fans have had the same question about Matt Barzal, who is having a slow start of his own. Fortunately for the Islanders, they’re playing well enough, but imagine where they would be in their division if Barzal had started strong as well?

Minnesota will most likely be facing young goaltender Ilya Sorokin, who has played all nine games for New York. For a 5-2-2 record, his stats are quite impressive. If the 1.98GAA and the .939SV% weren’t impressive enough, he can also boast three shutouts. Minnesota’s goaltending tandem can’t even claim one shutout. However, with Minnesota having played on the road last night, and not exactly being a powerhouse either in scoring or defense, this just might be the night that Semyon Varlamov gets his first start of the season. And then if Varlamov gets the start, it kind of makes you wonder if Kaapo Kahkonen gets a start as well, especially since Cam Talbot had to get last night’s win via a shootout. We shall see.

I know for a fact, that I’m not going to be allowed to watch this game in peace like Milton. I will be subjected to constant glorifying of Parise’s time in Minnesota. Especially since whatever broadcast duo we have tonight, will do their best impersonation of “The Bobs.” Why can’t I just watch a game for the sake of the game? 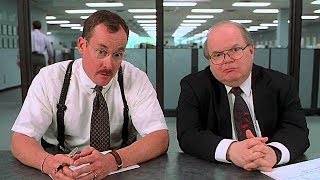