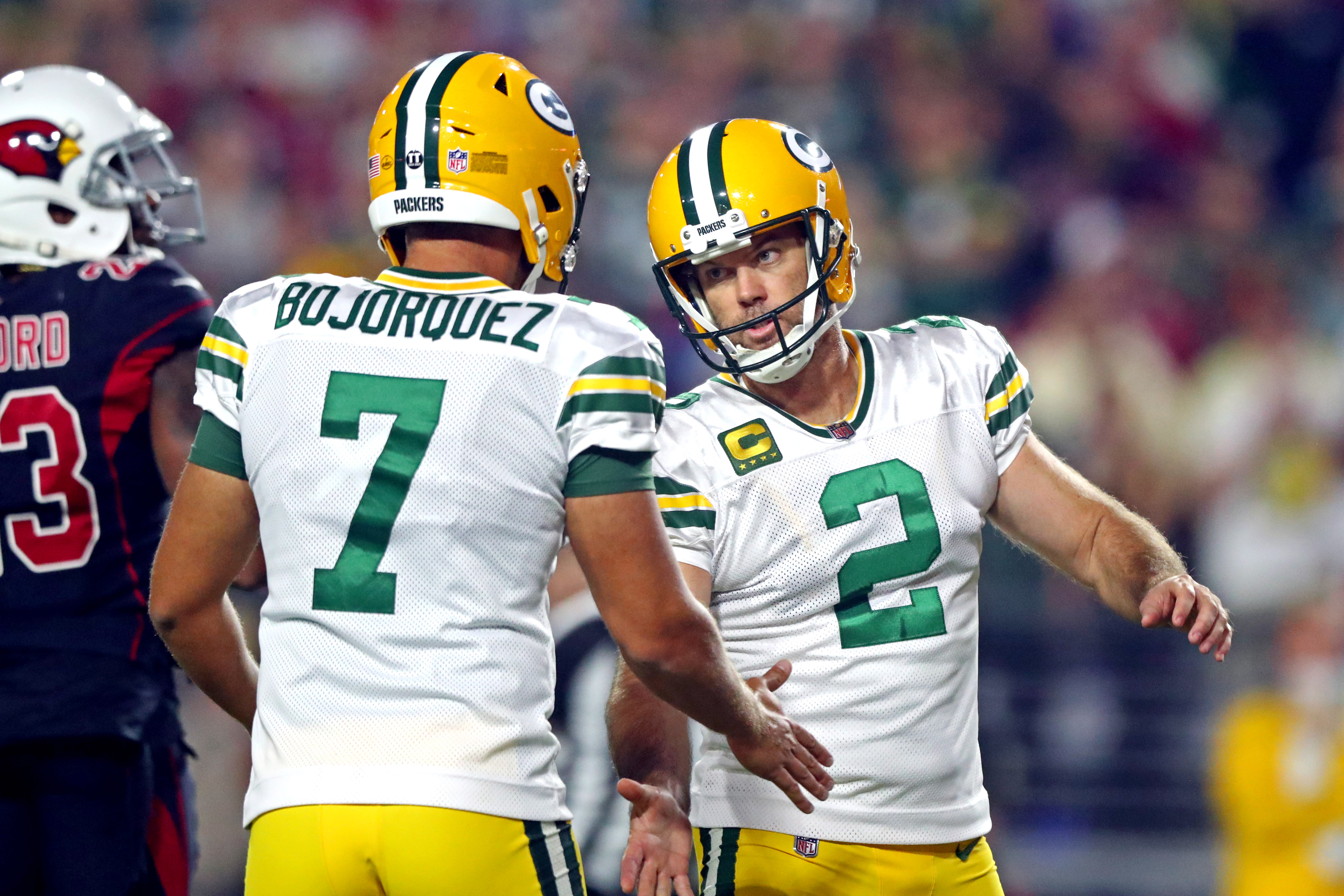 The Green Bay Packers continue to struggle on special teams. Poor special teams play was a major reason the team lost in Kansas City, as mistakes cost the team at least nine points in a 13-7 defeat.

Just before the start of the 2021 season, GM Brian Gutekunst traded for Corey Bojorquez and released incumbent punter J.K. Scott. This move has strengthened the Packers punting game.

Through nine games, Bojorquez is averaging 48.7-yards per punt. He’s made several kicks that have flipped field position and gotten the Packers out of holes deep in their own zone. His long kick this season of 82 yards is the second longest punt in franchise history.

Bojorquez has yet to punt in the cold and windy conditions in Lambeau Field late in the season, but he spent three seasons punting in Buffalo so the New Mexico alum should be prepared to kick in the elements.

While Bojorquez has been an upgrade as a punter, his ability to hold for field goals and extra points have not matched Scott’s. Mason Crosby has already missed six field goals and one extra point this season after making all his field goal tries a year ago.

Scott seemed to work better with Crosby and the team’s long snappers when holding for kicks. This is an area the team needs to improve in the second half of the season.

After the Packers Week 8 win in Arizona, the Packers released veteran long snapper Hunter Bradley. Bradley had struggled with his consistency throughout his time in Green Bay although he had never made a disastrous snap that resulted in a turnover.

In his place, the Packers elevated first-year man, Steven Wirtel, from the practice squad. Wirtel’s debut with the Packers in Kansas City was far from smooth. After the game, head coach Matt LaFleur admitted that on both the missed field goal and the blocked field goal in Kansas City, the laces of the ball did not arrive to Bojorquez facing the right way and that disrupted the timing of the kick.

The Packers need to get their long snapping issues resolved before it costs them another game.

In 2020, kick coverage was also a struggle. Opposing teams averaged 24.2-yards per kick return, more than five yards better than what the Packers themselves averaged. This season, the Packers struggles have continued. Opposing return specialists are averaging 27.5-yards per kick return, which means that opposing offenses are starting with good field position when they choose to run back kickoffs.

The Packers need to improve this area.

The Packers have struggled at field goal blocking this season with another kick blocked by the Chiefs and another blocked kick that was returned for a touchdown but called back by a controversial offsides penalty.

The Packers made adjustments as the right side of the offensive line was struggling earlier in the season, but other problems have popped up. This team needs to do a better job of protecting its field goal kicker.

Rookie Amari Rodgers has taken over as the team’s primary punt returner this season but the results have not been good. Every time Rodgers tries to field a punt it’s an adventure. He has several fumbles and often misjudges the ball in the air and lets it hit the ground which led to the muffed punt against the Chiefs when the ball hit the ground and bounded against Malik Taylor who tried hard to get out of the way.

Rodgers is averaging 6.4-yards per punt return and has a long of 17. He needs to gain more confidence catching punts. The potential is there for him to improve if he can field the ball cleanly.

Kick returns were improving with Kylin Hill starting to show some ability to create good returns before his season-ending knee injury a few weeks ago. Malik Taylor is reliable but not a big-play threat.

On the plus side, the Packers have had fewer penalties when they are running back kicks and punts which was a bigger problem in recent years.

Mason Crosby didn’t miss a field goal last season but he has already missed six over the first nine games this year. During the Bengals game, it seemed to be a mental thing, but whether it’s physical, mental or a timing issue with his long snapper or his holder, Crosby has struggled this year.

As you can see, the problems outweigh the improvements over the first half of the season. When the schedule gets tougher and when the playoffs role around, these mistakes could easily cost the Packers a key game or even a chance at a title. Progress has been made in some areas, but there’s a lot more needed in the second half of the season.