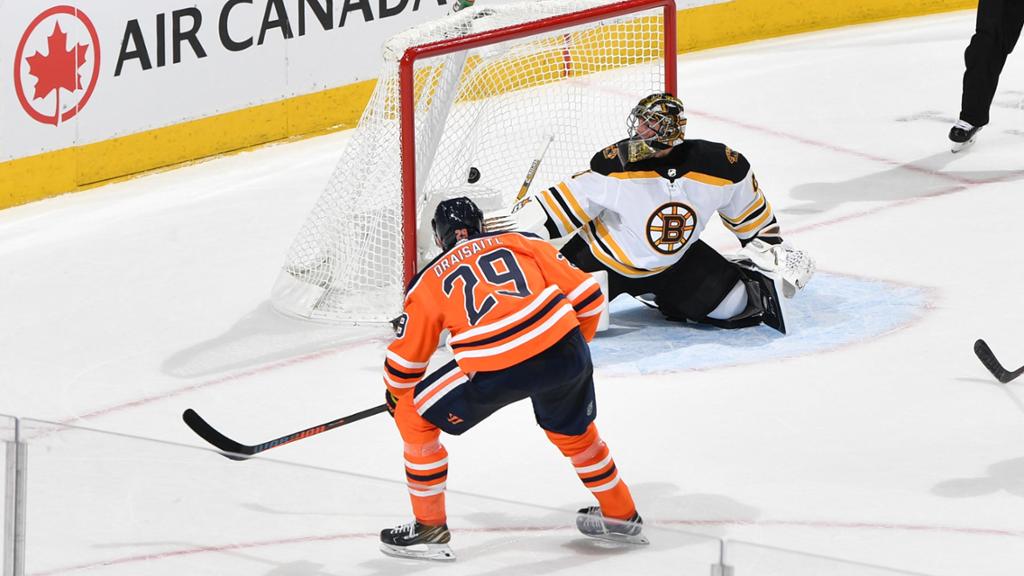 The road trip continues as the Oilers find themselves in Boston to take on a Bruins team that epitomizes consistency of effort and a culture of winning, habits noticeably missing from the Oilers game on Tuesday in Detroit.

At 9-2-0 there has not been much losing so far for the Oilers, and thus most negativity surrounding the roster has been obscured. At the very least, the Bruins represent an opponent to which the Oilers can ill afford to repeat their sub-optimal performance. The Bruins are 6-4-0, including a sterling 5-0-0 at home.

The Bruins are a great benchmark for any team with aspirations of postseason success, and the Oilers would do well to match their efforts, especially considering their sub-optimal performances in the past 2 games.

The expected starters are Ullmark for Boston and Koskinen for the Oilers.

Edmonton: Kassian was injured against Detroit on Tuesday and is day-to-day with a lower body injury. Mike Smith suffered a setback and has gone back to Edmonton for treatment.

Boston: Nick Foligno returns from injury, while Trent Frederic will miss this game after taking a big hit 2 nights ago against the Senators.

Edmonton: The adjustments on the road continue, as Tippett hopes to help the lineup be more multiple. With the frustration of playoffs past looming over the Oilers offseason many were expecting McDavid and Draisaitl to be on separate lines from the outset, and personally I still think that this is the endgame. That being said the experience together has been fruitful in taking an early lead in the divisional standings. If nothing else their time apart might help us all understand where they stack up against the league’s best, including each other. Ultimately, that’s a conversation for the fans, as for now the entire roster seems to be pulling in the same direction, starting from the top with these two stars.

Boston: I touched on the top line earlier, but this iteration of the Bruins could be as strong as they’ve had in a few seasons, in no small part thanks to Taylor Hall and Jake Debrusk. The pair are sure to be talking points during the broadcast and sit on respective middle forward lines. If either can post big offensive numbers tonight, as they’ve been know to do, it won’t be good news for the Oilers.

Depending on how much you follow the Bruins it might be understated how strong the blueline is. For my money McAvoy is the US Olympic team’s top pair defender, while Grzelcyk is equal parts unheralded and effective. Their partners denote a staple of the Bruins on-ice brand, as they aren’t afraid to commit to defensively minded players.

The Oilers play tomorrow in Buffalo, and it appears Skinner has earned Tippett’s trust to the point where the coach says he feels no hesitation in putting him back into the net.

Both teams will pay respects to the late Colby Cave and his widow Emily. All the best.