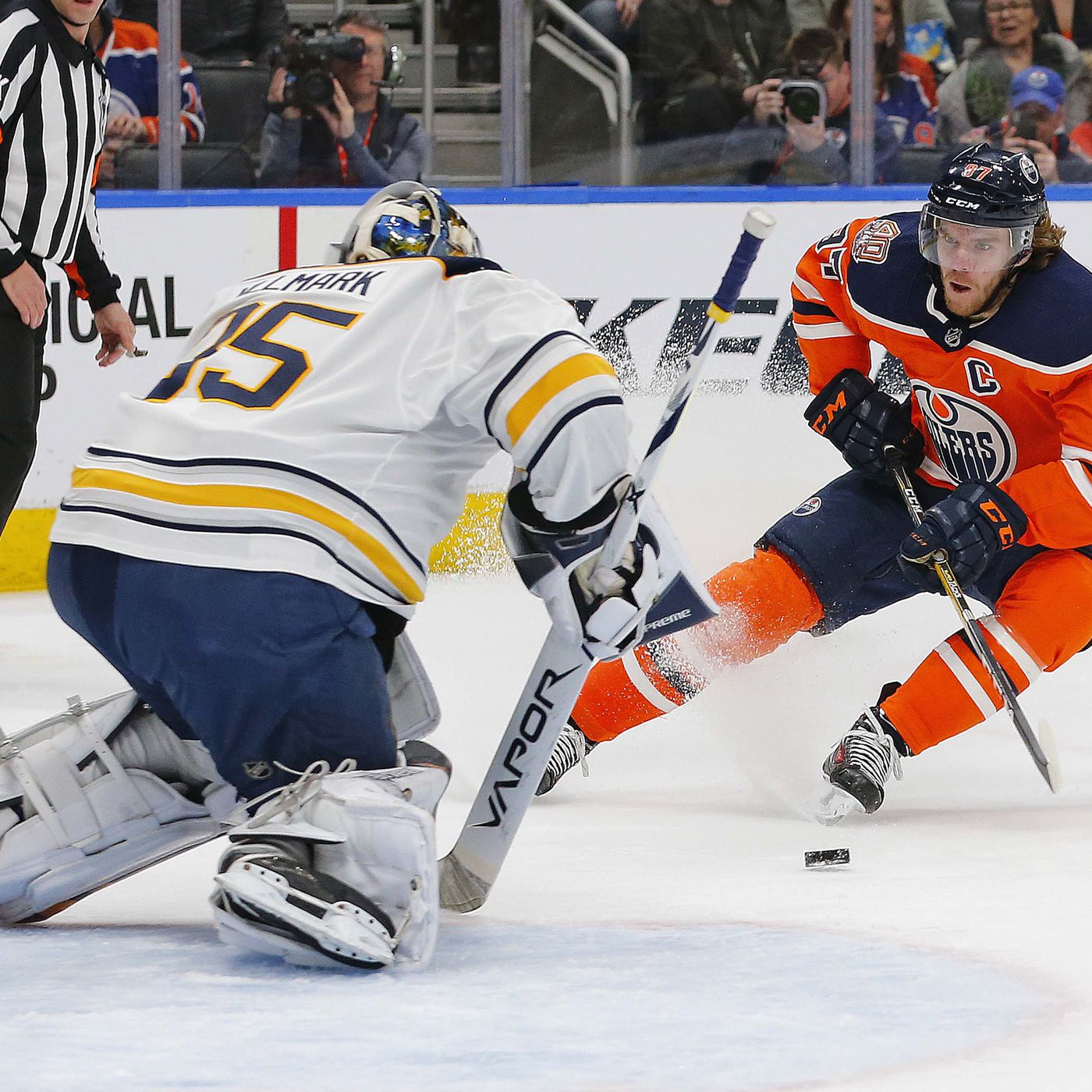 The Oilers are in Buffalo to take on the Sabres, their 2nd game in as many nights after defeating the Bruins on Thursday. Stuart Skinner will get his 2nd start in net on the season, and considering Mike Smith’s injury setback we could be in line for many more. Coach Tippett stated that he had gained faith in the young netminder after his start against Detroit.

Meanwhile, what once would’ve been a matchup fueled by McDavid vs Eichel is no more as Eichel was traded to Vegas last week, marking a new era for the club. The Sabres have been off for a few days following their loss to the Capitals on Monday. It’s been a start to the season that had exceeded expectations until losing 5 straight, as they now sit at 5-5-2. With a game tomorrow night against Toronto, the Sabres are expected to start Dustin Tokarski in net, who sits at 1-3-2.

Buffalo: The Sabres are missing some key players with injury with goalie Craig Anderson, defender Henri Jokiharju, as well as forwards Casey Mittelstadt, Victor Olofsson, and the newly acquired Alex Tuch on the IR.

Edmonton: Stuart Skinner had a bad giveaway that led to a goal against during his last start, but played pretty well. Still very young (by goalie standards) it’s a very good sign that he’s looking at home in the NHL. Given Mike Smith’s injury situation, understanding what Skinner can bring to the table at this point is crucial for any scheming when it comes to improving the position.

McLeod and Sceviour earned some extra icetime, and could see more shifts with Foegele on the 3rd line. If McLeod can earn consistent minutes in this role it would be huge for both him and the team.

Buffalo: Scarcity has been seized as an opportunity for at least 2 Sabres forwards, as Thompson and Asplund have been somewhat effective in top minutes. Thompson is not afraid to shoot, and perhaps the former 1st rounder has finally come into his own. Dylan Cozens has shown early signs as being a core player for the Sabres.

Some have started to wonder about what Rasmus Dahlin really is after some tough years. One of the things I like most about the Sabres recently is the hiring of Coach Granato, and perhaps stronger team play can rebuild some of the confidence in his play.

The Sabres have won 6 of the last 8 games against the Oilers, including 3 of the last 4 in Buffalo.