That pretty much sums it up, doesn’t it?  Thanks to Whit Watson for the videos.  Obviously, there was a lot more to the game.  However, I am running out the door this Friday.  Sam’s family are up to celebrate Thanksgiving early since flights are crazy.  My biggest takeaways were that the Eagles coach complained to the refs the whole game and had no real reason to do so.  If you watched Daniel Popper’s Sunday night thing, he pointed out two times the Chargers clearly were held by Lane Johnson.

Actually, the biggest takeaway was that the Chargers closed the fuck out of that game.  Even Jay Posner of the U-T, who I am sure was writing with clenched teeth, said the best way for the team to win was to hold onto it for the final seven minutes even though it’s really tough to do that.  Well, they did.  It did seem like one of the 4th downs came when Ekeler had already gotten the first.

Sunday is another big game.  We’re now into the second half and they can’t falter at home like they did against New England.  I promise I will get into more detail next week about whatever happens Sunday.  Until then, I give you this 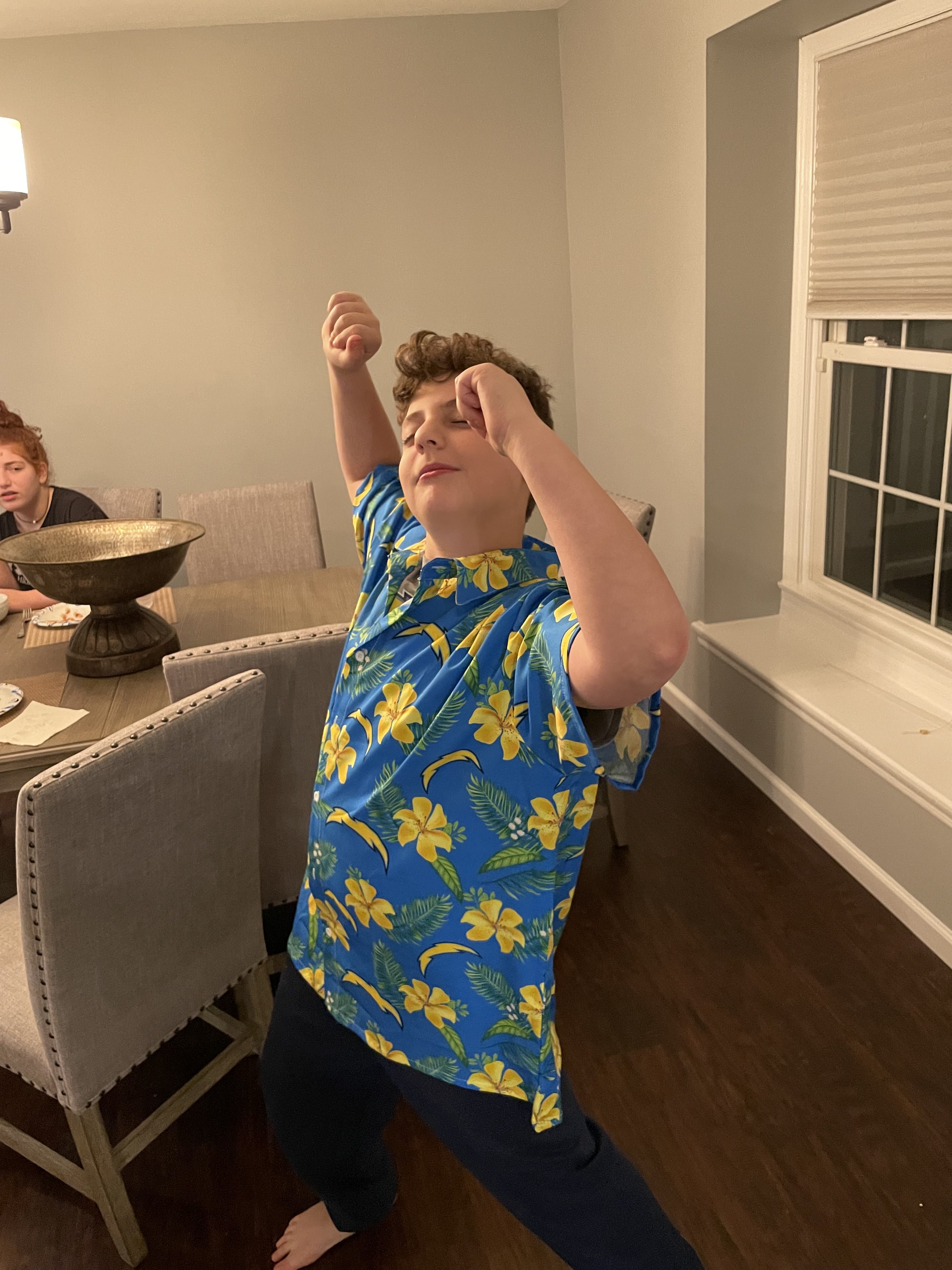 Aaron is clearly living his best life as Sarah looks on in disgust.  Yes, I have a matching shirt.  Until next time, bolt the fuck up.

I know you already are, FAITHFUL READER.