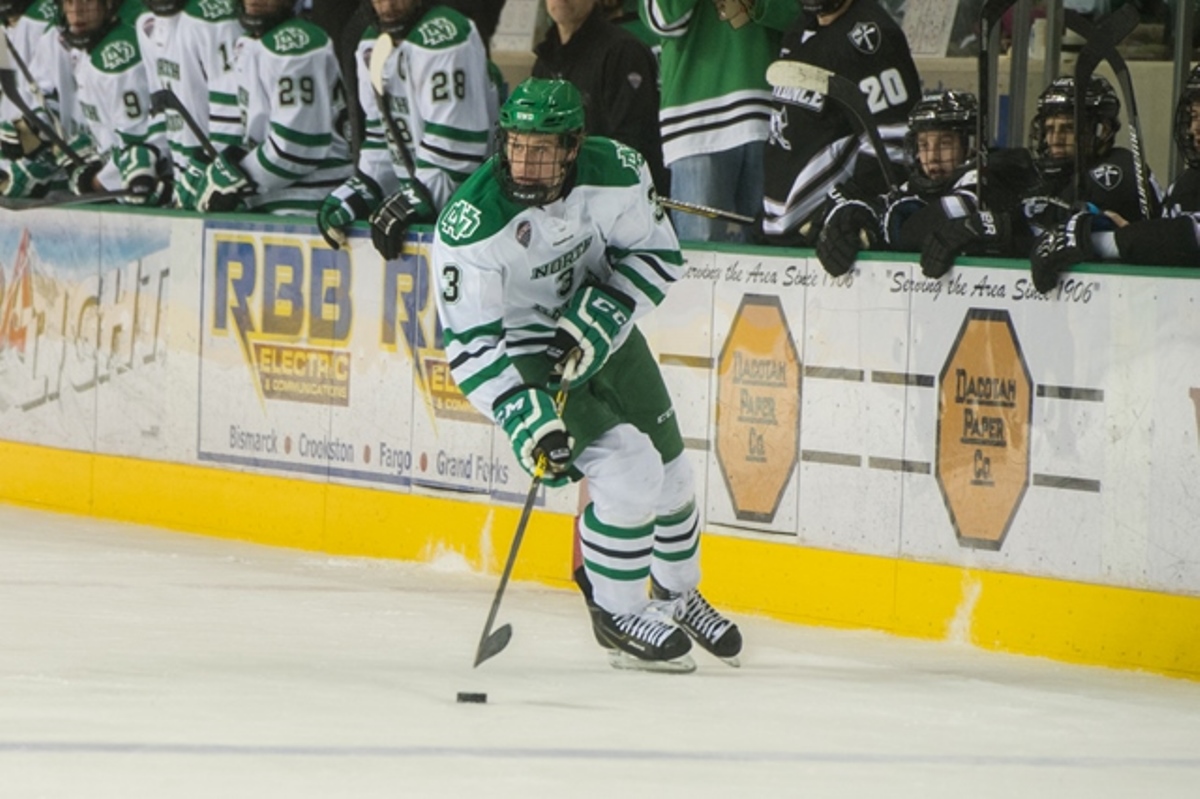 Former University of North Dakota defensemen Tucker Poolman has a hearing with the NHL’s Department of Player Safety. His hearing will be on Friday.

Tucker Poolman will have a hearing with the NHL Department of Player Safety on Friday.

The Canucks defenseman is facing discipline for high-sticking against Avalanche forward Kiefer Sherwood.https://t.co/hkGrXAgU89

At the 9:39 mark of the third period, Poolman was assessed a match penalty for high-sticking Avalanche forward Kiefer Sherwood. In 133 career NHL games with the Winnipeg Jets and the Vancouver Canucks, the East Grand Forks, Minnesota native has 20 points (five goals, 15 assists). This season, Poolman has one assist in 13 games.

Per the CBA, the 28-year-old Poolman is not a repeat offender.