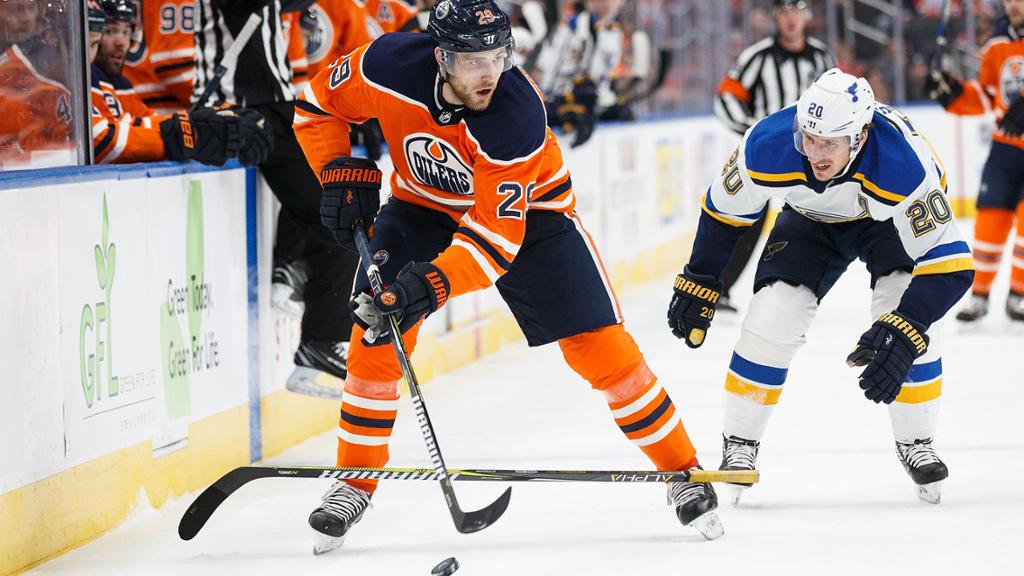 The Oilers hit game 4 of their 5 game trip, taking on a Blues team that sits 4th in the Central Division at 8-3-2. The Blues lost to the Hurricanes last night, giving the Oilers an advantage heading into tonight’s game.

We’re expected to see Binnington and Koskinen start in net, as the Blues played young Joel Hofer last night, perhaps prioritizing points against a conference opponent, or starting their top goalie at home. Regardless, the Blues are in top form, posting strong results in many important categories offensively, defensively, as well as on special teams.

The Oilers are coming off a loss to the Sabres on what was the second night of a back to back, now sitting with a 10-3-0 record.

St. Louis: Sundqvist is out for the season, while Brayden Schenn is out with an upper body injury. Torey Krug is in COVID protocols which is a big loss, and is replaced with Calle Rosen. It’s highly possible we see Bozak and O’Reilly switch wingers at some point.

Edmonton: It’s been a great start for the Oilers, in large part thanks to other worldly play from McDavid and Draisaitl, but it’s fair to start looking for more out of certain spots through the roster. Not that Derek Ryan has been bad, but 3C is absolutely an area where an improved level of play would be needed for this roster to reach its ultimate goal. All that is to say that right now Ryan McLeod has a great opportunity for himself. One strong game won’t solidify his spot, but it would be nice for him to start making that statement before someone else gets a shot.

St. Louis: Despite some curious roster decisions since their Cup win, the Blues seem to have the wind in their sails once more. Up front Jordan Kyrou has finally arrived as an impact player, leading the team in points. Newcomer Pavel Buchnevich has continued his strong career scoring pace which adds some extra offensive dimension to the lineup. Vladimir Tarasenko looks to be his old self after an offseason shrouded in injury and a trade request. Yes, that is James Neal on the 4th line with former 1st round pick Klim Kostin, and he sees some pp time as well. Centres O’Reilly, Thomas, and Bozak have varying defensive prowess and will be instrumental in helping a thinner Blues defence than we’re used to seeing.

Even without the Oilers playing, should-be penalties going uncalled against McDavid was topic of discussion on the Hockey Night broadcast yesterday, where it was ultimately suggested McDavid should play the long game in befriending refs to get calls, and that because teams employ a gang-tackle mentality against the Oilers superstar infractions are harder to pinpoint. Ultimately it’s a conversation the Oilers faithful have been frustrated with, particularly in the playoffs, where one should never rely on officiating to save their team. No matter how it gets done, McDavid and the Oilers are best served playing the long game in this case.