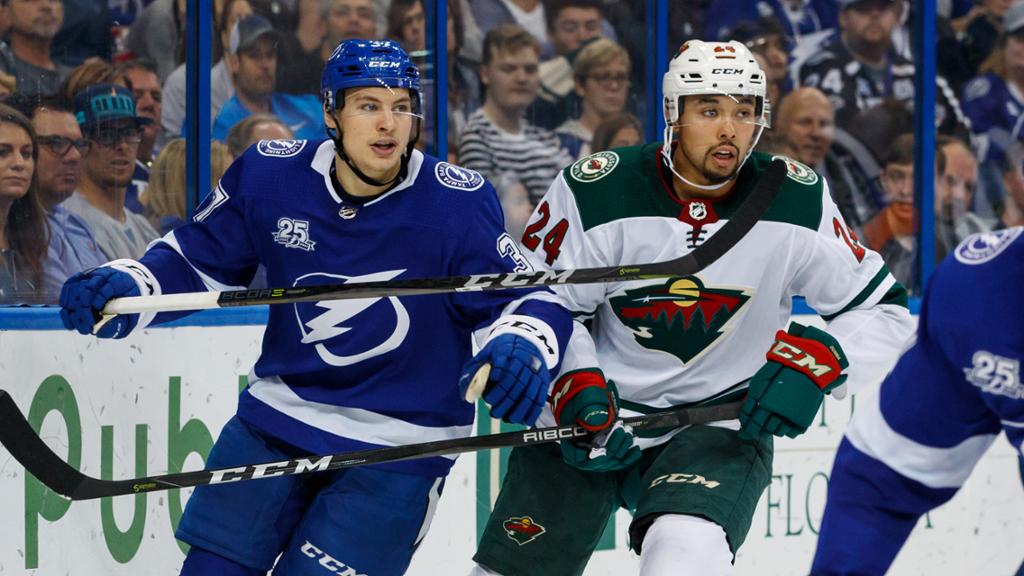 In year’s past, Wild fans used to lament the efforts of TV broadcasters at trying to spin poor efforts into some kind of moral victory.  It was especially tiresome in efforts where the result wasn’t that close.  Yea, it was a hard sell to try to convince fans to be ‘ok’ with losing 5-2 to the St. Louis Blues.  We weren’t buying it.  However, after two exciting losses against Florida and Tampa Bay respectively on back-to-back nights should Minnesota Wild fans be ok with that?

Maybe ok with it isn’t the right way to phrase it.  But are we encouraged by seeing a team that battled to the last second and nearly managed to come away with victories in both games?  Probably.  This has been especially true with the extra attacker where the team has actually taken advantage of their extra skater to push games closer and at least giving the team a chance at a victory.  In the past, whenever the team pulled the goaltender for an extra attacker there didn’t seem to be much more of a plan other than just shoot the puck when you have the chance and just crash the net.

Now they enter the zone with a plan, and an idea as to how and perhaps most importantly when to take a chance to shoot the puck and the results speak for themselves.  Yet those points are what have the team still sitting in 1st place in the Central Division, so its been important from a standings perspective.

Offensively, the team has witnessed the re-emergence of Kirill Kaprizov as an assertive game breaker and have Kevin Fiala flying all over the ice trying to join him as the team’s go-to scoring talent.  Meanwhile, the team’s secondary scoring has kept pace with contributions from Ryan Hartman, Marcus Foligno, Mats Zuccarello and Joel Eriksson Ek and others to help the Wild keep pace in high scoring games.

Perhaps the trend not being talked about enough, the fact the team is giving up more than 3 goals per game on average.  It hasn’t mattered if its Cam Talbot or Kaapo Kahkonen, the team is in the bottom 3rd of the league in goals for per game which puts a lot of pressure on the team to score a lot if they are to have a chance to win games.  That also makes the lower body injury sustained by Jared Spurgeon loom large as the team can ill-afford to have him miss too many games.  This weekend also revealed that when they have to play more minutes, 3rd pairing defenseman Dmitry Kulikov, Jon Merrill and Jordie Benn can be suspect.

The team did call up Calen Addison, but didn’t use him against Tampa Bay even though he was available.  One would guess the longer Spurgeon is out, that Addison would likely be used as his replacement.  With all due respect to Addison, let’s hope Spurgeon is back soon.

What did you think of the week’s Wild games?  Let us know on Twitter at @CreaseAndAssist! 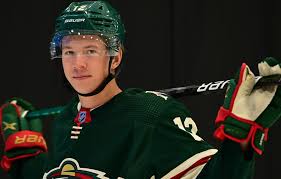 If you had a chance to watch any of Iowa’s game against the Tucson Roadrunners on Friday you saw a real treat.  Matt Boldy, returned for his first game since fracturing his leg during NHL pre-season action didn’t look like he lost a step.  In fact, he almost appeared as though he may have gained a few as the Waltham, Massachusetts-native and the rest of the Wild put on a clinic against the Roadrunners.

Boldy was particularly impressive, putting on a clinic when handling the puck in the offensive zone and putting up 3 goals and an assist in his first two games back from injury.  Meanwhile, Rossi is leading the team in points, with 3 goals, 14 points in 11 games.  Adam Beckman is scoring at just beneath a point-per-game pace as he has 3 goals, 8 points in 9 games.

What was especially impressive was Iowa’s top line of Boldy, Marco Rossi and Kyle Rau.  The talented trio seemed to turn every shift into a pseudo power play with their tremendous puck movement and precision passing.  The trio lit up the Roadrunners for 4 goals, 4 assists as a line with Rau and Boldy notching two goals apiece while Rossi chipped in 3 helpers.

Even though he ended the night with one assist, another player who seemed to raise his level of play that evening was defenseman Calen Addison.  Addison was active and especially effective at holding the offensive zone to keep Iowa on the attack.  Veteran Joe Hicketts also added another helper as he continues to lead all Iowa defenseman in points this season.  The long-time Grand Rapids Griffin deserves a lot of credit for being an offensive catalyst for Iowa this season.

Iowa is a really fun team to watch.  They play hard, fast and they have skill and a great mix of youthful talent and experience.  Iowa Wild coach Tim Army gave a great interview on KFAN‘s Beyond the Pod this week, this is a must watch / listen to anyone wanting to know his thoughts how he sees his team this season.  Spoiler alert, he called this group the most talented he’s had since he’s been head coach of Iowa.  That should raise some eyebrows considering the fact a few years ago he probably had a Calder Cup contender with league MVP Sam Anas, AHL leading scorer Gerald Mayhew, AHL Top defenseman Brennan Menell and AHL goaltender of the year Kaapo Kahkonen at his command.

Unfortunately we’ll never know how far that team would’ve gone with the pandemic, but perhaps that’s the question we should be asking of this current group, how far can they go? 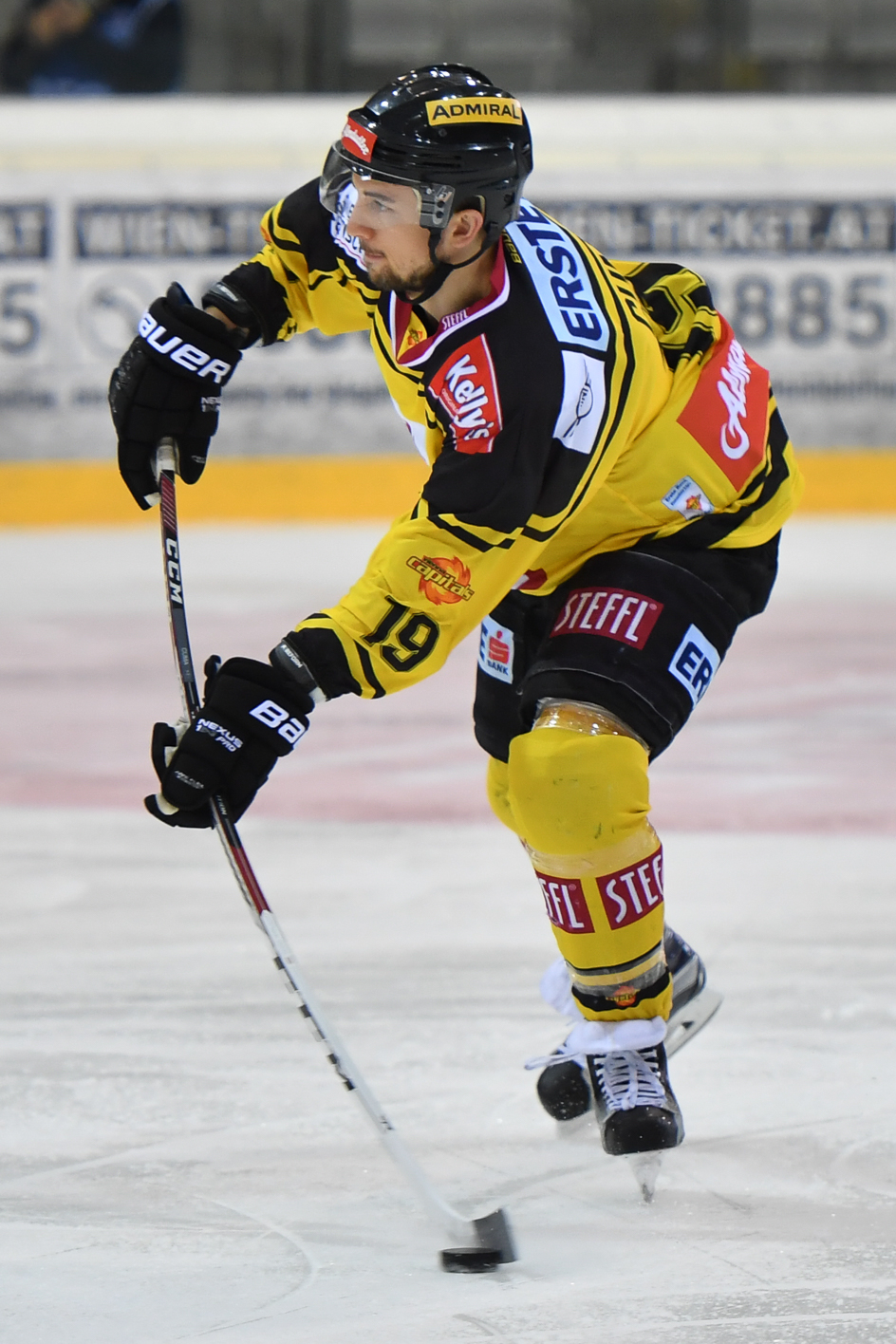 The former 1st round pick (23rd Overall) in 2008 only played one game in a Minnesota Wild sweater, but he did play in 201 games for their American Hockey League affiliate between the Houston Aeros and Iowa Wild respectively ending in the 2013-14 season.  After that, Cuma would take his game to Austria where he’s played on 3 different teams and currently plays for Dornbirner of the International Central European (Austrian) Hockey League.  He currently has no goals, 3 assists, 10 PIM’s and is a +1 in 16 games.

LW – Nikita Nesterenko (Boston College, H-East) ~ The sophomore winger is also having a fairly solid season thus far had an assist in Boston College’s 6-2 defeat of the Black Bears on Thursday.  Nesterenko has 3 goals, 11 points, 8 PIM’s and is a +9 in 13 games.

D – Jack Peart (St. Cloud State, NCHC) ~ There are no easy games in the NCHC and the #2 ranked Huskies found that out on Friday as they fell 6-2 to Western Michigan.  The Grand Rapids, Minnesota-native had an assist in the loss.  Peart has 2 goals, 6 points, 10 PIM’s and is a +2 in 9 games.